In revealing her medical condition, the star of "Veep" and "Seinfeld" focused on the plight of women everywhere 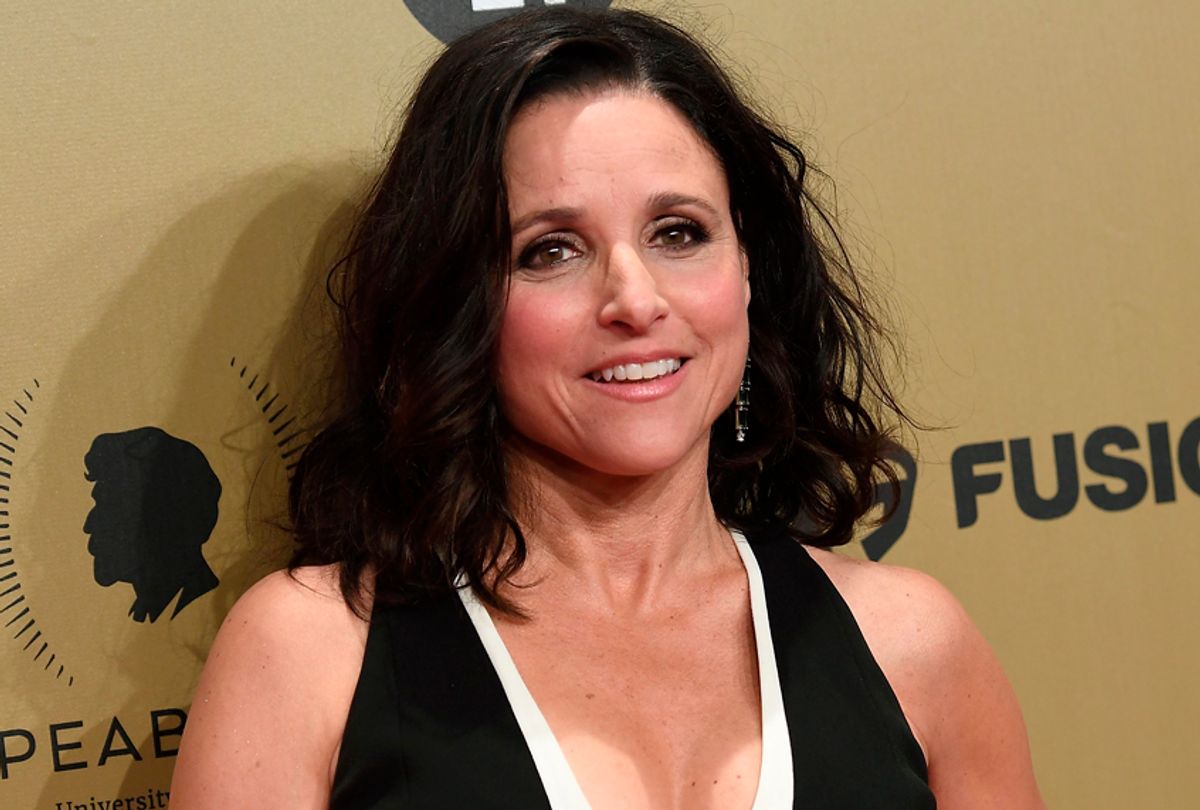 Julia Louis-Dreyfus, the multiple award-winning star of "Veep," "Seinfeld" and the "New Adventures of Old Christine," revealed that she has breast cancer, in a tweet published Thursday afternoon.

1 in 8 women get breast cancer. Today I'm the one.

The good news is that I have the most glorious group of supportive and caring family and friends, and fantastic insurance through my union. The bad news is that not all women are so lucky, so let's fight all cancers and make universal health care a reality.

It is not surprising that Louis-Dreyfus, 56, used the announcement of her own diagnosis to focus less on herself and more on the plight of women who suffer through breast cancer and other life-threatening conditions without proper health coverage. A supporter of liberal-leaning candidates Al Gore, Barack Obama, Hillary Clinton and Barbara Boxer, Louis-Dreyfus has a long history of forwarding progressive causes, often with a graceful, feminist touch. Certainly, her support of her union (SAG-AFTRA) and call for universal health care fall into that mold.

According to a study released by the Henry J. Kaiser Family Foundation late last year, 11 percent (over one in 10) of women in the United States do not have health insurance. The American Cancer Society estimated that over 257,000 U.S. women will receive a breast-cancer diagnosis in 2017 and that over 41,000 women in the U.S. population will die from it by the year's end. The Society supports Louis-Dreyfus' claim that one in eight American women will have breast cancer at some point in their lives.

The cruel overlap between the number of estimated uninsured women and the estimated number of those who will receive a breast-cancer diagnosis in 2017 means that a theoretical 28,300 Americans will end the year with the potentially fatal disease and without the financial support to fight it.

Currently, the government continues to battle internally over the fate of the Affordable Care Act (aka Obamacare), the 2010 legislation that, in part, allows some of those with preexisting medical conditions, including breast cancer, to obtain insurance free from the fear of being rejected by insurance providers.

At this time, a Republican bill that would limit these provisions on pre-existing conditions seems destined for legislative failure, while a new single-payer option bill that would expand insurance options to less privileged Americans is working its way through the more liberal-leaning parts of the Democratic party.

Still, the issue is far from resolved and an estimated total of 28 million Americans — men, women and children — struggle without health insurance every day.

Just when you thought... pic.twitter.com/SbtYChwiEj