Erdogan, a frequent recipient of Trump’s praise, has refused to release an American citizen being held hostage 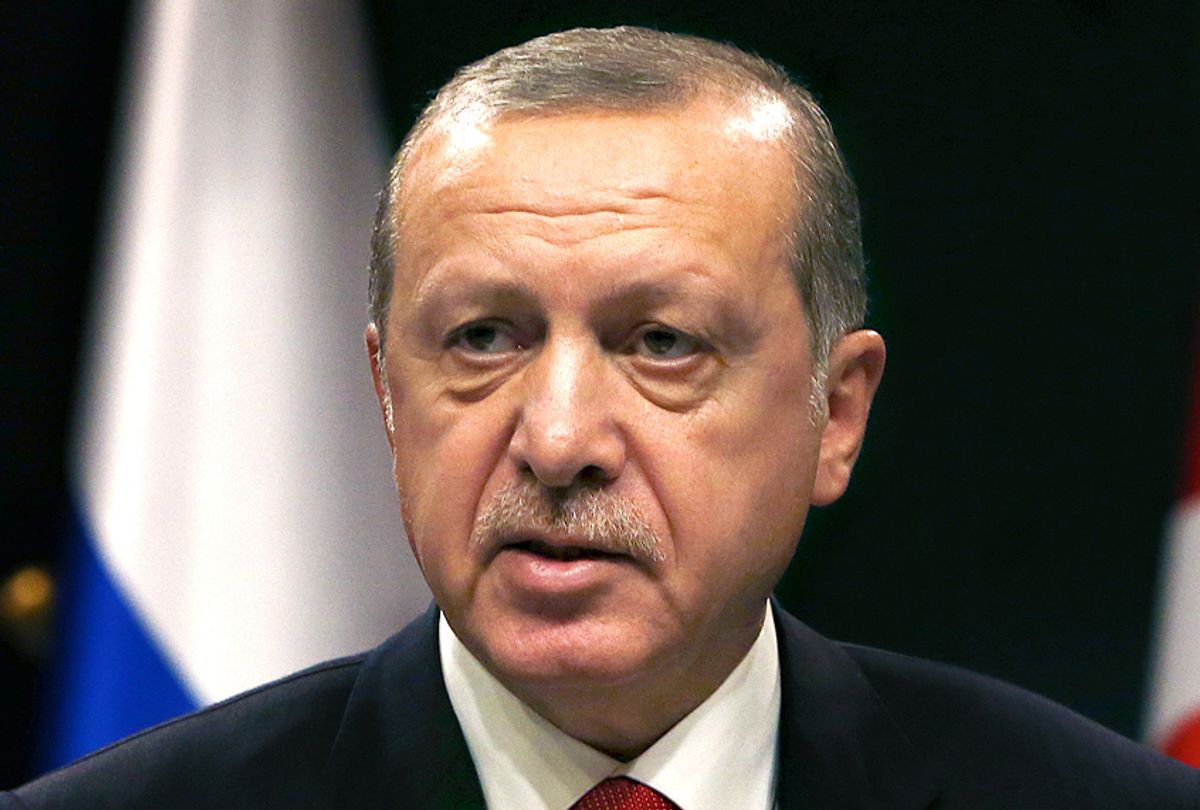 President Trump’s apparent affinity for authoritarian leaders has been questioned time and time again. Between his constant praise of Russia President Vladimir Putin, his "very friendly" talk with Philippines President Rodrigo Duterte, he's shown that he likes working with people who may not be huge fans of democracy. But when it comes to Turkey, President Recep Tayyip Erdogan is testing how far Trump's diplomacy will go.

An American citizen — Christian missionary Andrew Brunson — has been held hostage in Turkey since October, accused of conspiring in the failed — and shady — July 2016 coup to overthrow Erdogan’s regime.

Erdogan has refused to release the American until the United States hands over Fethullah Gulen, a Turkish pastor living in Pennsylvania who is accused of initiating the coup, according to Reuters.

The Justice Department hasn't found sufficient evidence that Gulen was involved in the coup and has refused Erdogan’s proposal, but they have been lobbying for Brunson’s release.

“We continue to advocate for his release,” said State Department spokeswoman Heather Nauert. “He was wrongfully imprisoned in Turkey, and we’d like to see him brought home.”

The United States’ relationship with Turkey has come into question in the past few months. In April, Trump called Erdogan to congratulate him on a referendum victory which extended his power, which critics said legitimized a Turkish dictatorship. Critics also said Trump’s congratulatory call was inappropriate because the United States should be promoting democracy, not authoritarian rule.

In May, violence broke out outside of a Turkish ambassador’s home in Washington when Erdogan’s bodyguards attacked peaceful protesters. Erdogan told PBS that Trump apologized for the incident, but the White House denied that any apology occurred.

Earlier this month, protesters showed up at the Marriott Marquis Hotel in New York’s Times Square while Erdogan was giving a speech, resulting in more violence. One protester claimed they were there “to call attention to the Turkish state’s war crimes and human rights abuses against the Kurdish people.”

Trump is quick to praise dictators and often afraid to stand up to them. While an American is unfairly being held hostage in Turkey, it makes one wonder if Trump will continue to give Erdogan “very high marks.” Trump, according to The Atlantic, has a building in Istanbul. It's something he's admitted is a "conflict of interest."