In Trump’s America, is the Supreme Court still seen as legitimate?

Leaders take it as their duty to accept the Supreme Court's decisions, but will our political climate change that? 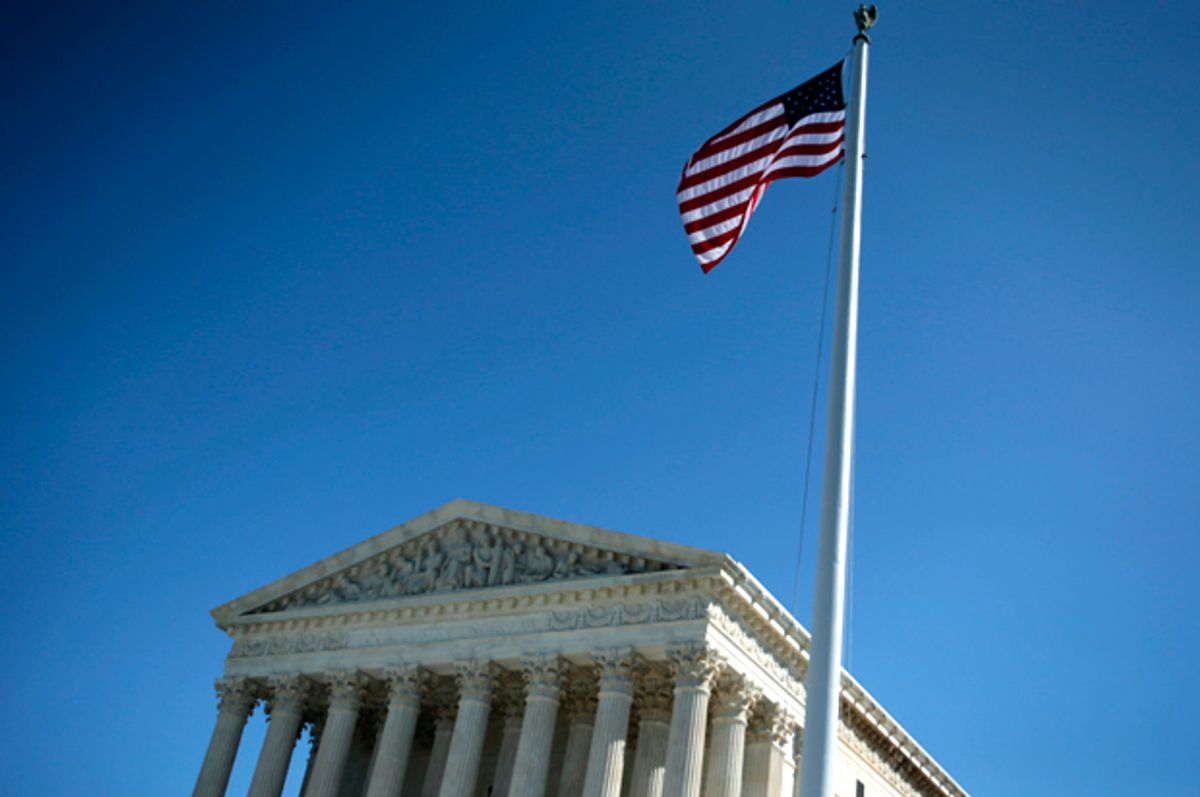 On Oct. 10, the U.S. Supreme Court is scheduled to hear arguments about the constitutionality of President Donald Trump’s travel ban. The justices may rule that Trump has exceeded his constitutional authority, or they may dodge the issue entirely, saying that the travel ban’s scheduled Sept. 24 end date takes the decision out of the court’s hands.

Regardless of the Supreme Court’s decision, some Americans will agree and others will not. And whatever the decision, the court will expect the president to comply with its ruling. Political leaders usually follow court decisions they disagree with out of a sense of duty: They believe the Supreme Court’s decisions deserve respect because obedience to the law is an essential feature of democracy. Political scientists call this belief “legitimacy.”

Research suggests that the U.S. Supreme Court’s legitimacy is high and holds steady, even when it makes decisions the public dislikes.

But is this true in the midst of our current political turmoil?

We set out to find the answer. Here’s what we found.

We asked a representative sample of Americans about the U.S. Supreme Court’s legitimacy in a recent Penn State McCourtney Mood of the Nation Poll. Specifically, we asked citizens about what they would want to do if the Supreme Court began making many unpopular decisions.

Only a few Americans would want to eliminate the Supreme Court altogether. About 20 percent would endorse narrowing the scope of the court by limiting the types of cases it is able to decide. And about 32 percent felt that even if the court made unpopular decisions, we should leave it alone. The margin of error for these results was ± 4.2 percent.

The largest group of respondents — 44 percent — endorsed the idea that justices should be periodically reappointed rather than serving life terms. Reappointment procedures are already used for many state supreme courts, including those in New Jersey, South Carolina and Virginia. Women, African-Americans and Americans over 65 were especially likely to endorse periodic reappointment.

After respondents gave their answers, we asked them to explain their choices in their own words. These responses provide a richer description of how ordinary citizens think about the judicial branch of our government.

In their own words

Citizens expressed concern about the Supreme Court’s accumulation of power and were mindful of its role in the system of checks and balances. Many who supported periodic reappointment focused on the inflexibility of current justices. Many characterized sitting justices as “old-fashioned,” “out of touch” and “unable to keep up with the times.”

Many mentioned the need for “new ideas” and more “open-minded justices.” A 52-year-old independent from Missouri summed it up this way: “No one should serve for life. In anything.”

A sizable number felt that the court’s decisions should fall more closely in line with public opinion on individual cases, illustrating a longstanding debate in the U.S. about the ideal level of political independence for the judicial branch. Research on the Supreme Court appointment process suggests that periodic reappointment may satisfy these concerns. If each president is able to appoint a set number of justices, rather than waiting until there is a vacancy due to death or retirement, the court’s membership might better reflect the recent political climate.

Perhaps the most striking pattern in the answers we received is the lack of polarization. There was some modest difference — for example, Democrats were a little more likely to favor reforms of all kinds. However, supporters of reappointment and supporters of that status quo included large numbers of Republicans, Democrats and independents.

We see no evidence that Trump’s rhetoric about judiciary legitimacy has created two hostile camps with widely differing views on the court. This is consistent with recent academic research on the topic, suggesting the possibility that future public debates about judicial reforms can be multipartisan, reasoned and thoughtful.

Most importantly, the poll’s results show that the Supreme Court is broadly supported by the American people. Even at a point in history where support for other political institutions is low, we can expect that the vast majority of Americans will respect the court’s decisions on the controversial issues it faces this term.