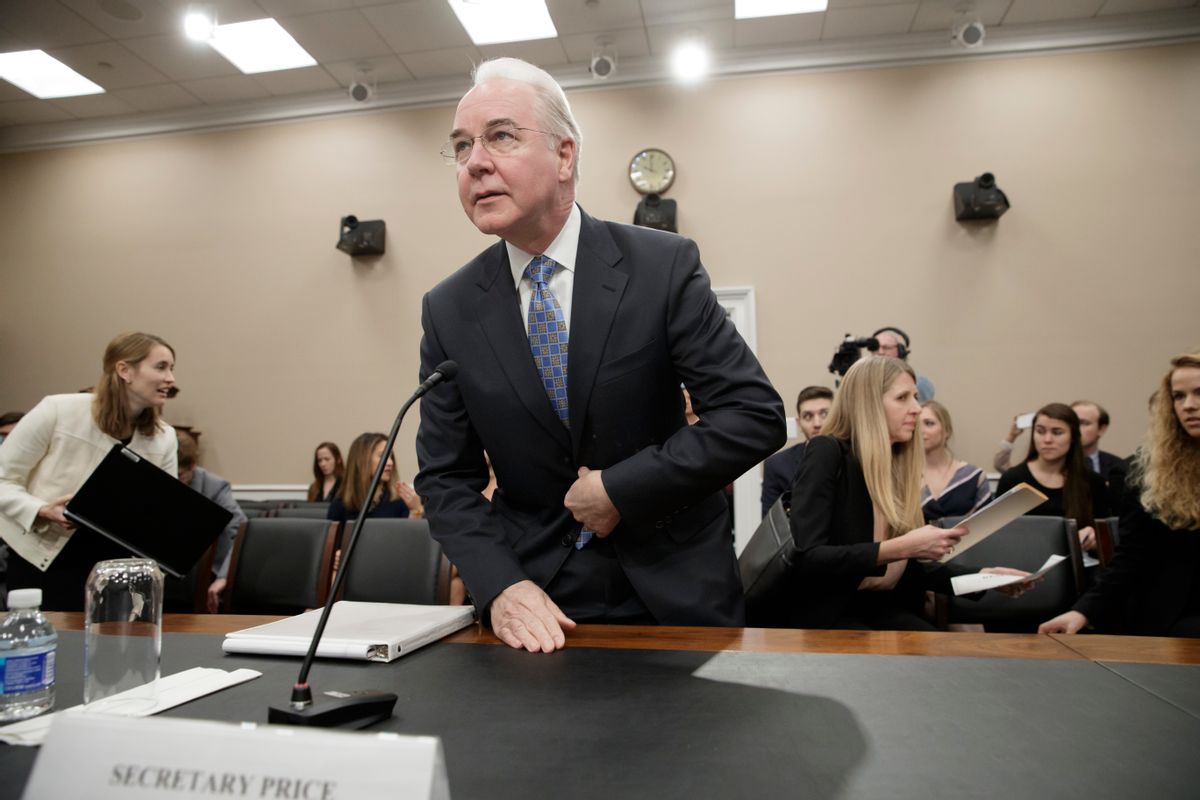 Secretary of Health and Human Services Tom Price has been using American tax dollars like his own piggy bank to live the good life. And he's getting away with it.

On Thursday, Price announced that he would be paying back $51,887.31, according to the Washington Post. That figure represents the cost of "my seat" on those flights, he said, which — because he wanted to fly on private government jets — cost taxpayers more than $400,000 in total.

Price's flights included trips to an island in Georgia where the former Congressman owns a property, and a trip to Nashville, where he lunched with his son after touring a medicine dispensary.

After announcing that he would repay the tab, Politico reported that Price used military aircraft to go to Berlin, Geneva, Beijing, Ho Chi Minh City and Tokyo. While he and his wife took government aircraft, the rest of his staff flew commercial. That falls in line with previous secretaries of the department, who — with very few exceptions — flew commercial.

Price's flights of fancy may be coming to an end, however. Grumblings have surfaced that Price is on thin ice with the administration. President Donald Trump was "not happy" about the travel habits, according to CBS News, and press secretary Sarah Huckabee Sanders was noncommittal about whether his job was safe.

And in Congress, Price's own party members have indicated they're fed up. "It's just stupid," an unnamed senator told CNN. "I think Price can probably survive this. Don't know."