I stole a white girl and took her to prom

Her father told her she couldn't go to the dance with a black guy. So I got creative 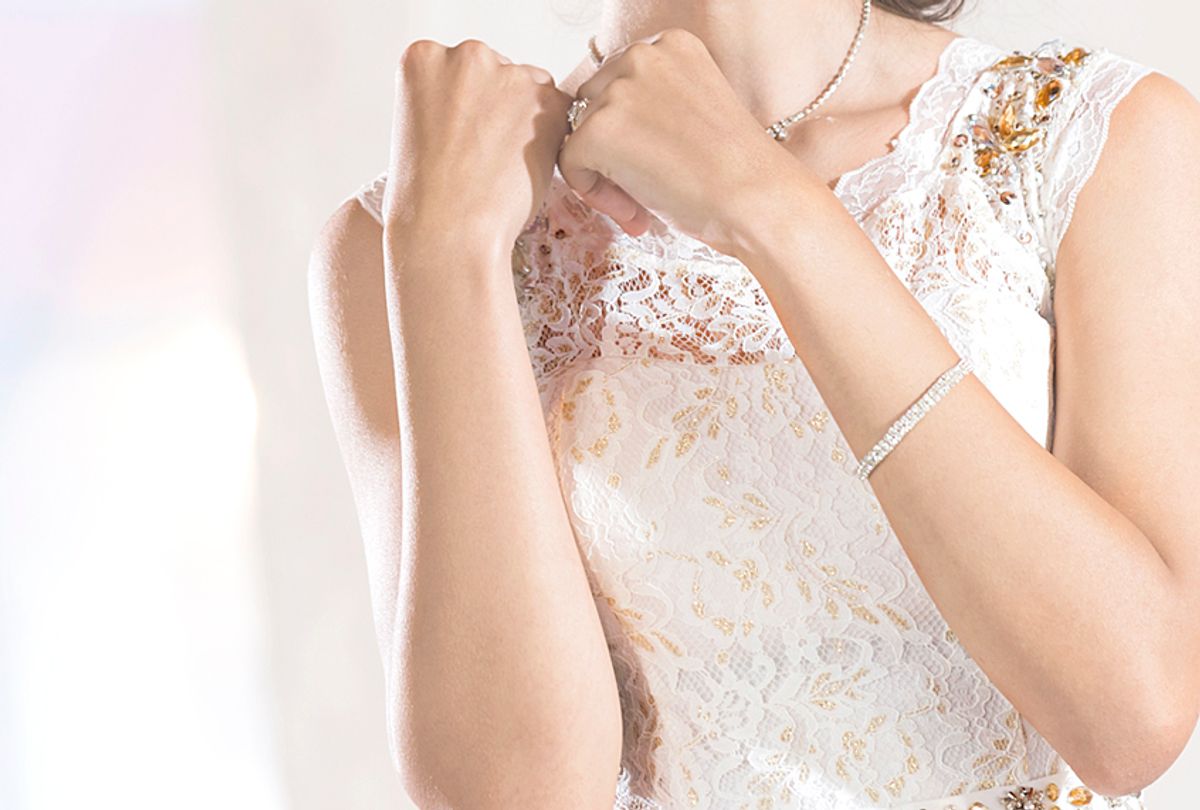 My prom date’s parents had no idea their white daughter would spend the evening with a black man.

For starters, they didn't know I was black. As an African-American man born with albinism, I have seen the look of awareness creep across faces when people set aside their initial assessment, based on my light skin and hair, and finally figure out that I am black. As they come to terms with this realization, their silent reactions range from harmless (“Well, I’ll be. I had no idea you even existed!”) to the irrational (“I've been betrayed! Why did you trick me?”). Moments like these have plagued my life.

For me, high school began with ostracism. I was teased about my very light hair and skin, lazy eye and Coke-bottle glasses. But as I matured from a terrified freshman to a more confident senior, my classmates’ attitude toward me transformed dramatically. The most important change for me was that suddenly women didn't find me revolting.

The first thing I wanted to do with my newly acceptable level of attractiveness was ask my friend Kate to prom. Kate had dark hair, a great sense of humor, boobs and combat boots — everything that at 18 I felt was important. Although she listened to better music than I did — she liked The Replacements while I liked A-ha — Kate did think I was cool enough to hang out with intermittently. Sometimes we met for lunch in the concrete commons area separating the two buildings comprising Minneapolis North High School's campus. We would slowly chew breaded chicken breasts while criticizing everyone else's clothes.

Before asking Kate out, I watched her from inside the glass double doors of the southern building until I could slow down my breathing enough to feel normal. I left the safety of the doorway and asked, “Will you go to prom with me?” She paused, looked surprised, smiled and then agreed to the date.

The next day, every time I saw her she smiled or blushed. I wondered if this was what dating felt like. Then the following afternoon, Kate greeted me in the lunchroom with tears in her eyes.

Although we were surrounded by cafeteria commotion, it felt like she and I were alone.

“My — my parents won’t let me go to prom with you,” she stammered.

“Because you’re black.” She said it like I maybe should have known.

I was genuinely surprised. My whole life people shunned me for looking different, but never for my race.

Apparently, when Kate told her parents she had been asked to prom, she pointed me out in the yearbook to her mother, who thought I was “different looking” but nice enough.

Her father, on the other hand, took one look at my photo and had questions.

Kate said that I was black, that both my parents were black. Through a genetic anomaly, they produced a child like me.

The look on Kate's face filled in the rest of the story. She turned around and left the lunchroom as quickly as she could. I was left standing alone, surrounded by everyone I knew.

That evening, I broke the news to my friends Dave and Pete. The three of us had planned to triple date to the prom. We were renting a limo together. Now, with Kate pulling out of our date, our entire evening was harpooned.

But I’d always been a fan of John Hughes’ movies, especially his romantic comedies like “Sixteen Candles.” Molly Ringwald took an incredible risk before landing her true love. So why couldn’t I come up with my own madcap scheme to win Kate's heart?

What would happen if I sent one of my incredibly white friends to Kate’s house on prom night? Maybe I could fool her parents into thinking she was going to the dance with a safe Caucasian male.

Pete and Dave were in — I just had to pick my proxy.

Pete was my hunkiest buddy. His father was an ex-Marine, and his brother was a fireman. He came from Nordic stock. Every time a new attractive girl moved to our school district, it was inevitable that he would end up in bed with her. Was I handing Kate over to him? Pete was definitely not the guy for the job.

Dave was a tall and nerdy German kid with blonde hair and thick glasses. I would find out later that Dave got more action than anybody, but at the time he made me feel safe.

The next day I presented the idea to Kate over lunch. She was flabbergasted at the plan for Dave to be our ethnic beard, but she agreed to play along.

On the night of the dance, Dave, Pete, their dates and I all arrived outside of Kate’s house in a limo. I had picked a cumberbund and bow tie to match Kate’s blue dress, so Dave and I switched our tuxedo accessories to avoid any suspicion.

Pete and I watched from the limousine as Kate's father greeted Dave and ushered him into their living room for pictures. It was surreal. Part of me felt so smart that I had come up with a way to trick Kate’s parents. I also felt like a creep hiding in the car while a white guy posed with my prom date.

Eventually, Kate and Dave emerged and jumped into the limo. I stayed hidden until the car door closed, and we were all safe behind privacy glass. Once Dave and I switched our accessories back, Kate and I sat next to each other, awkwardly, not touching at all.

That evening we danced, we bowled, and we held hands. By the end of the night, as the limo dropped other kids off, one by one, Kate and I had grown bold. We pulled up outside of Kate’s house. We stood on her sidewalk. If Kate's mother had looked out of her window right then, she would have seen us. Kate and I leaned in for a kiss. We may have been too excited because we bumped teeth. We were both too embarrassed to correct our mistake, so the fumbled kiss was all we had.

Years later, when Kate was in her early twenties and sitting in the back of her parent’s station wagon on a family trip, she decided it was time to tell them that she spent prom with that black kid who didn't really look black.

Her father kept driving but screamed “WHAT?!” in an exaggerated cartoon fashion. He wasn't a fan.

Kate’s mother responded just the way a movie mom might. “I knew it!” she said, laughing.

Kate and I didn't end up together, but the part of our short relationship that I kept has affected my dealings with intimacy since. Life rewarded me for taking a chance. My experience with Kate became a seminal moment. Risk became my blueprint for how relationships that were worth it began.

Most of the time, seizing the moment has led to something exceptional. When I started a conversation on Facebook with a woman I'd never met, she asked if I would meet her in New Orleans after she finished her stint rebuilding houses shortly after Hurricane Katrina. I agreed. We met for the first time at a boutique hotel on Bourbon Street and enjoyed three days of dancing, jazz, gumbo and gambling. We toured an almost empty aquarium as it was being restocked after the storm. Since the rules were relaxed, I even got to pet my first penguin.

Taking chances has sometimes lead to terrible things, too. But even though I woke up to an empty wallet and a missing phone after almost a week of hanging out with a poet from Kansas — who to this day swears she will pay me back — I still enjoyed the conversation, the affection, and joy she gave me before she robbed me blind.