Jimmy Kimmel is risking his show by fighting Trumpcare

The host isn't just battling the GOP, he's wrestling against the fact that half his audience is conservative 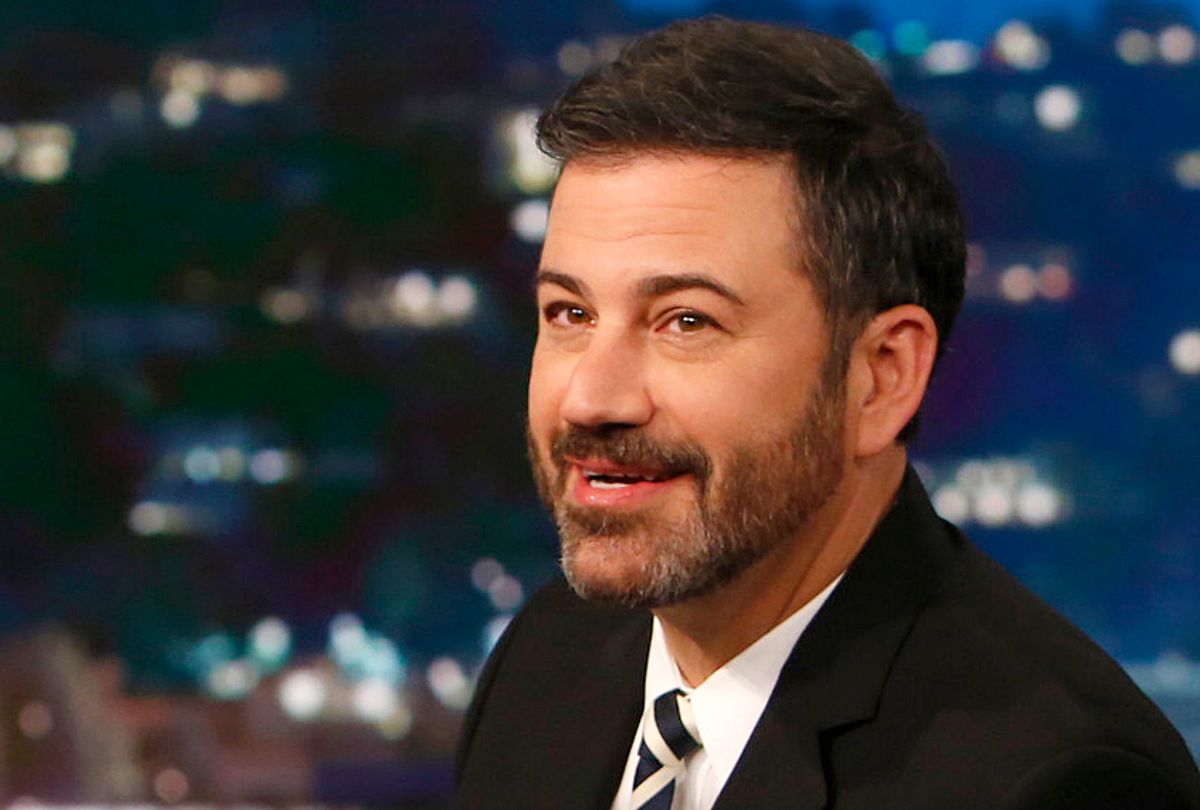 Conservatives gripe about their lack of representation on late-night TV. They're not wrong. While Stephen Colbert, Seth Meyers, Samantha Bee and Trevor Noah advocate liberal ideology, Jimmy Fallon and James Cordon advocate good times and singing in cars. Across the dial, not one late-night host toes the conservative line.

But none of that means Republicans refuse to watch post-primetime variety shows. According to a 2015 survey commissioned by The Hollywood Reporter, a full 41 percent of late-night viewers said that they preferred Donald Trump over Hillary Clinton in the presidential election.

The findings were not exactly shocking. Kimmel's career has been defined by his everyman personality and juvenile, dudebro humor. The guy relishes teasing the Hollywood elite, foreigners vacationing in L.A. and other commonly conservative targets. He talks sports fluently, recites his favorite recipes from memory and generally seems like someone all Americans would like to have a beer with. More than that, he flouts political correctness and boasts of his nonpartisanship whenever possible. If you had to declare one host the quasi-conservative in the left-leaning late-night landscape, it would have to be Kimmel.

But right now, he's putting all that — and his ratings — on the line for a nominally progressive cause.

This summer, Kimmel's son, Billy, was born with a rare congenital heart defect. After the brush with disaster, the typically apolitical Kimmel emerged not just as a concerned parent or an advocate, but a street fighter pushing a progressive vision of health care with a national broadcast five days a week — a vocal, unrepentant voice on a divisive political issue.

Arguably, Kimmel's campaign to save the Affordable Care Act has become something essential, perhaps even decisive, in the ongoing debate. He not only explained the real health impacts of the Graham-Cassidy bill, he encouraged millions of people around the country to contact their representatives in Congress.

In this, Kimmel may have also alienated some of his conservative viewers in the process. President Trump's supporters enjoy mocking liberal safe spaces, but when a public person ridicules or critiques the current commander in chief, they often cry foul and boycott the messenger. Their flight may have already begun. "Jimmy Kimmel Live" had 2.04 million viewers last week during the heart of his health care fight, a 5 percent drop from his average. For the show's future, it's more than appreciable.

Granted, late-night TV ratings are fluid and often depend on the quality of guests in a given week. Not to mention that one of the hosts, Colbert, had just returned from a hiatus after hosting the Emmys, so "The Late Show" could have syphoned off some of Kimmel's audience. As well, all of late-night experienced a ratings drop last week, and, as a result, it may be premature to make any assumptions off of one data point.

Yet, as small and possibly fleeting as that drop may be, it would be more than appreciable to any network executive concerned about the impact of Kimmel's newfound advocacy. And besides, there's just no doubt that Kimmel is risking losing some of his loyal viewers over the long term by championing a cause that defies Trump and the Republican Party in the present.

As some conservatives have noted, Kimmel is a wealthy celebrity whose child already has quality health insurance and top-notch health care. To them, the debate over the fate of the ACA was not his fight. "Stay in your lane," they cry. But then, isn't this everyone's lane?

Evidently, the comedian thinks it is, believing and gambling that saving health care for some is worth risking a few viewers.