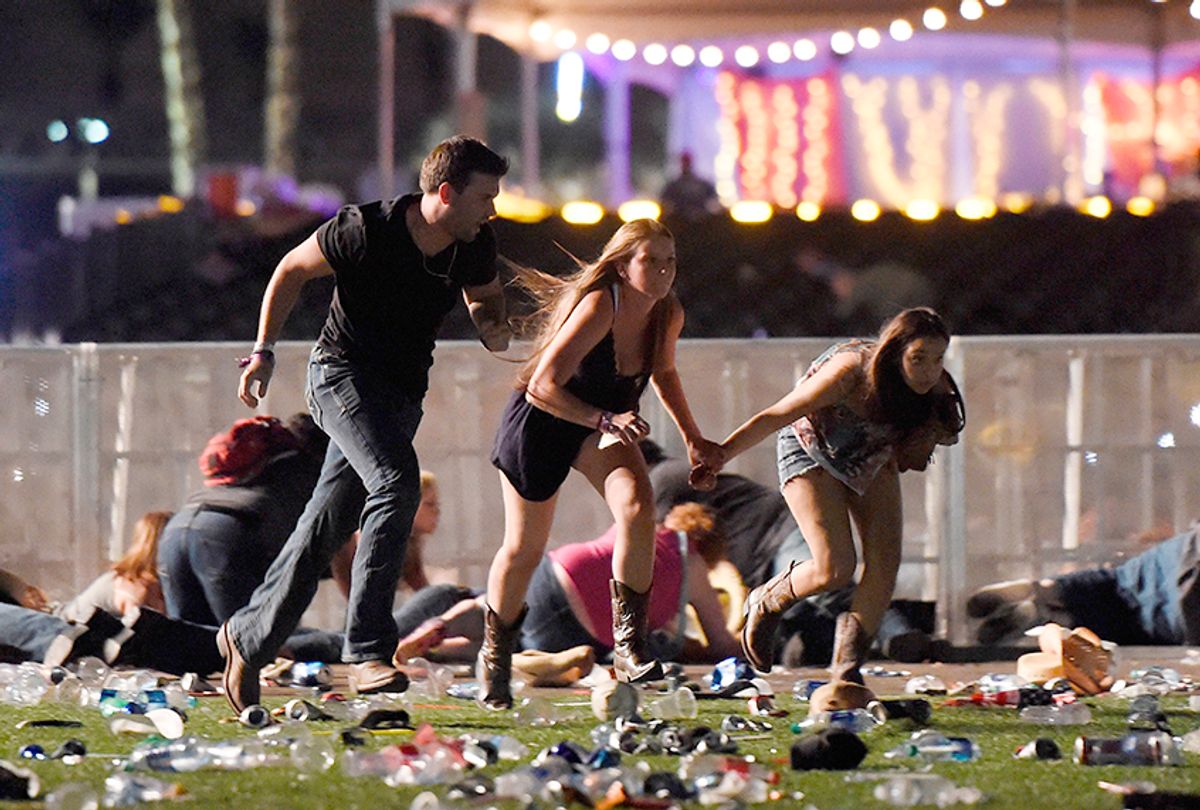 Stephen Paddock is the man local police have accused of shooting up a country music festival in Las Vegas on Sunday. But in its haste to place blame for the massacre, far-right blog Gateway Pundit informed its readers otherwise.

Relying on unverified information posted on the internet, Gateway Pundit writer Joe Hoft wrote a post on Monday claiming that the shooter was "reportedly" Geary Danley, an Arkansas man who is not known to have been in the Las Vegas area.

In his article, Hoft — who describes himself as having "gained attention for his ability to accurately identify and predict outcomes before they take place" — characterized Danley as "a far left loon," citing his Facebook page which indicated he is a fan of various Democratic-oriented groups and television programs. After police officially named Paddock as the suspect, Hoft appears to have deleted his posting.

Hoft's twin brother, Jim, is the owner of the Gateway Pundit. During the GOP presidential primaries, it became one of the few Republican-oriented websites that heavily promoted the candidacy of Donald Trump.

Since the former reality television star's victories, the blog has remained staunchly loyal to Trump, repeatedly accusing mainstream media sources of being "fake news." The administration has rewarded Gateway Pundit for its sycophancy by giving it inside access to high-level White House staffers.

This is especially ironic since the Gateway Pundit has become infamous for spreading false stories, long before Trump decided to enter politics. Jim Hoft has become so ignominious for falling for hoaxes that left-leaning media commentators have long dubbed him the "dumbest man on the internet."

While Joe Hoft deliberately spread unconfirmed rumors about the Route 91 massacre, he was not alone in spreading misinformation about Danley.

The "Politically Incorrect" web forums on 4chan and 8chan appear to have been the originators of the Danley rumors. Even after police officially announced that Paddock had been found dead in a hotel room overlooking the Route 91 Music Festival, the far-right discussion boards are still trying to falsely push Danley as the killer.

The information processing algorithms that power Facebook were also promoting the false accusations against Danley.

According to Fast Company, Facebook's "Safety Check" page which allows readers to discuss the event promoted a website called Alt-Right News which was smearing Danley. Far-right trolls have also been spreading a post from a parody anti-fascist page claiming that Paddock was a member of the left-wing "antifa" movement.

Wayne Allyn Root, a local radio host known for his Trump love, immediately characterized the shooting as a "clearly coordinated Muslim terror attack." He has been hyping ISIS claims of responsibility for the attack, not telling his Twitter followers that the terrorist group is known for lying in this regard.