The author minced no words on "Meet the Press" 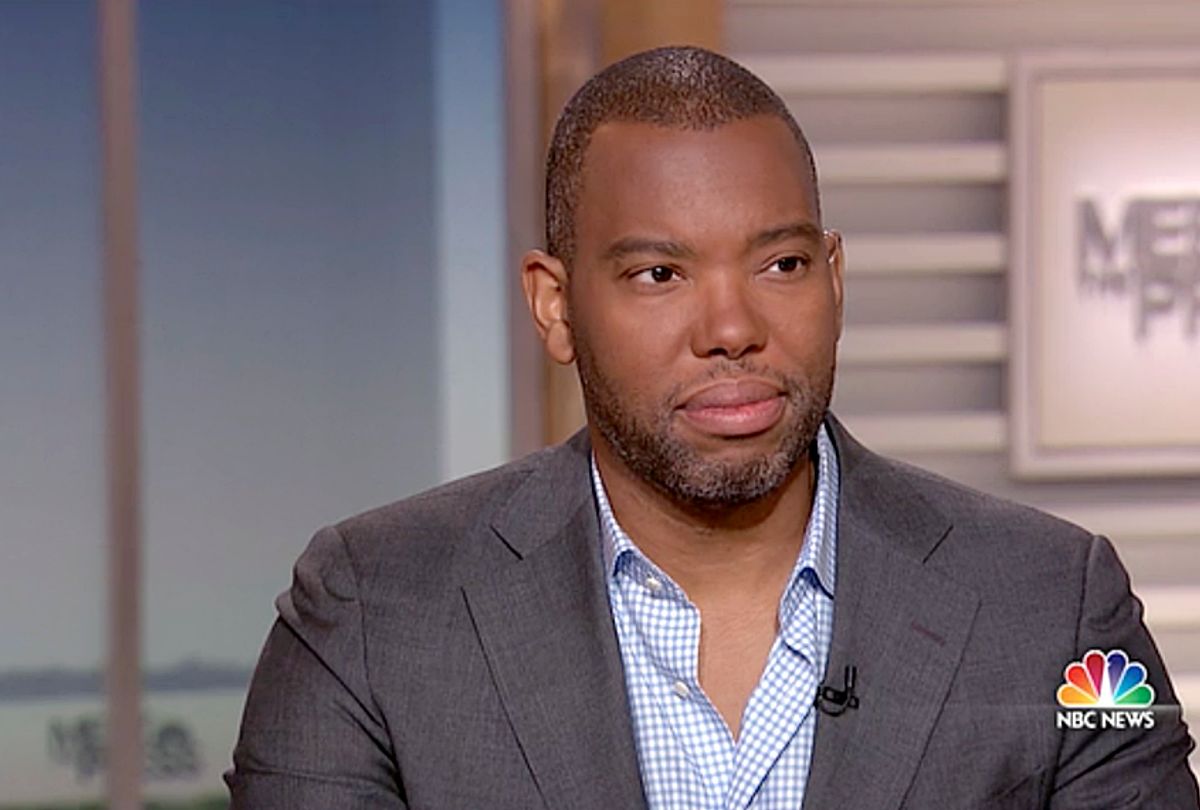 Ta-Nehisi Coates, author and national correspondent for the Atlantic, told Chuck Todd on "Meet the Press" Sunday that white supremacy was "an indispensable factor” in the election of President Donald Trump.

The bestselling author joined "Meet the Press" to touch on his most recent Atlantic article "Donald Trump Is the First White President," and specifically Coates' declaration that white supremacy was inextricably linked to Trump's rise, as was eight years of a black president. Or, as the article's deck reads: "The foundation of Donald Trump’s presidency is the negation of Barack Obama’s legacy."

"No, no, I don’t," Coates said. "You have a political candidate who literally begins his presence or his campaign in birtherism. That was how it started. I don't think birtherism was a mistake and it wasn't a minority-held opinion."

"You had eight years of an African-American president, and if not majority to at least plurality of the Republican Party believed that Barack Obama was not legitimate because he was not born here," Coates continued. "And Donald Trump saw that, played on that, and that was how he launched his campaign. I just don't think that was a mistake. And he's continued with that all the way through. You have a president who had no problem going on TV saying, 'Someone can't judge me, a federal judge can’t judge my case because he's a Mexican,' it doesn't get much more explicit than that."

Todd pressed Coates on whether a figure like Trump could become president without the presidency of Barack Obama.

But Coates countered that Trump differed from conservative politicians like Marco Rubio and Mitt Romney. "I don’t think it’s a mistake we've never had a president who’s never held political office or never been an independent — had a military posting or anything at all. No experience with the within the public sphere at all," Coates added. "And I think 50 years from now, historians are going to ask themselves how this actually happened and I think the answer is going to be the reaction to Barack Obama's presidency."