Jeff Sessions just threw every transgender American to the wolves 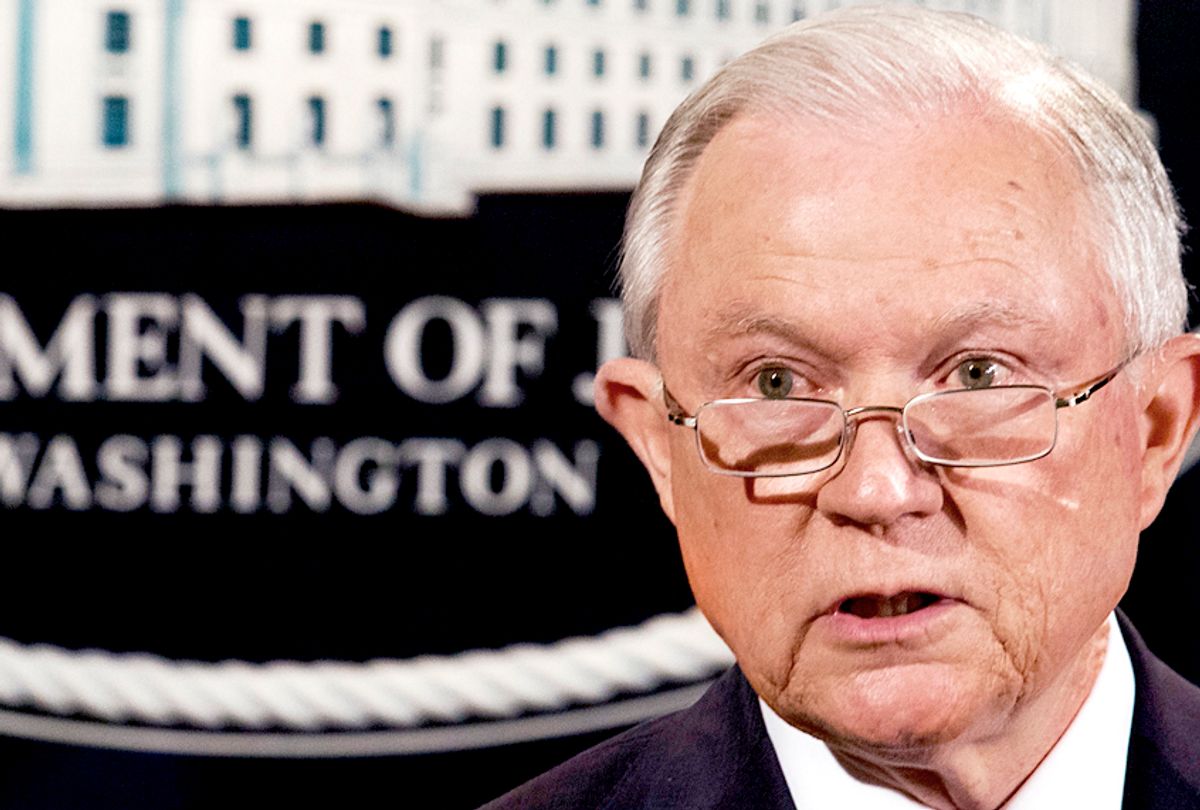 Attorney General Jeff Sessions released a memo this morning declaring that the Department of Justice does not interpret Title VII of the Civil Rights Act of 1964 as offering protections to transgender individuals in the workplace. This is a sharp reversal from the Obama-era interpretation.

“Although federal law, including Title VII, provides various protections to transgender individuals, Title VII does not prohibit discrimination based on gender identity per se,” Sessions wrote. “This is a conclusion of law, not policy. As a law enforcement agency, the Department of Justice must interpret Title VII as written by Congress."

“The Department of Justice will take that position in all pending and future matters (except where controlling lower-court precedent dictates otherwise, in which event the issue should be preserved for potential future review),” he added.

Title VII to which Sessions is referring is a federal law prohibiting employers from discriminating against employees on the basis of sex, race, color, national origin and religion. The Obama administration DOJ interpreted the basis of sex to mean protections based on sexual orientation and gender identification.

Sessions, in a poignantly “all lives matter” moment writes that the department will still “affirm the dignity of all people, including transgender individuals.” Though, with this new interpretations, the LGBT community would have no federal law on the books to protect them from being fired on the spot based on their identity.

More than that, with no federally guaranteed right to work, transgender individuals may find simple things like buying groceries or affording housing difficult. Beyond that, the message the DOJ's actions send to employers, the general public and the LGBT community in particular is chilling: No, trans people, already an imperiled population, just aren't Americans in the same way cisgendered people are and it's okay to treat them as such.

The DOJ added a dig at the Obama administration as well when Devin O’Malley, a spokesperson for the Justice Department told BuzzFeed News, “The Department of Justice cannot expand the law beyond what Congress has provided. Unfortunately, the last administration abandoned that fundamental principle, which necessitated today's action. This Department remains committed to protecting the civil and constitutional rights of all individuals, and will continue to enforce the numerous laws that Congress has enacted that prohibit discrimination on the basis of sexual orientation."

Except that there is no federal statute protecting LGBT workers and only 20 states currently have protections for both sexual orientation and gender identity, with less than half of LGBT individuals in America living with both sexual and gender protections.

The Obama administration under former attorney general Eric Holder announced in December of 2014 that Title VII’s protections “encompasses discrimination based on gender identity, including transgender status. The most straightforward reading of Title VII is that discrimination ‘because of . . . sex’ includes discrimination because an employee’s gender identification is as a member of a particular sex, or because the employee is transitioning, or has transitioned, to another sex.”

Essentially what Holder argued here is that sex stereotyping, including stereotyping based on transphobia and discrimination based on preconceived notions of gender, would therefore protect gender non-conforming people.

So is this an attempt to undermine the Obama administration yet again? Or is it ideological fanaticism that rules that government documents cannot change with social evolution? The answer to both questions seems an emphatic "yes."

In July of 2017, the DOJ rescinded protections under Title VII because of sexual orientation. In September, the DOJ came out in defense of a cake shop owner who denied services to a gay male couple. This comes along with the President's apparently unilateral and unplanned announcement that he would be removing all transgender individuals from military service.