The Hamilton creator enlisted an all-star roster for "Almost Like Praying," with proceeds to go to Puerto Rico 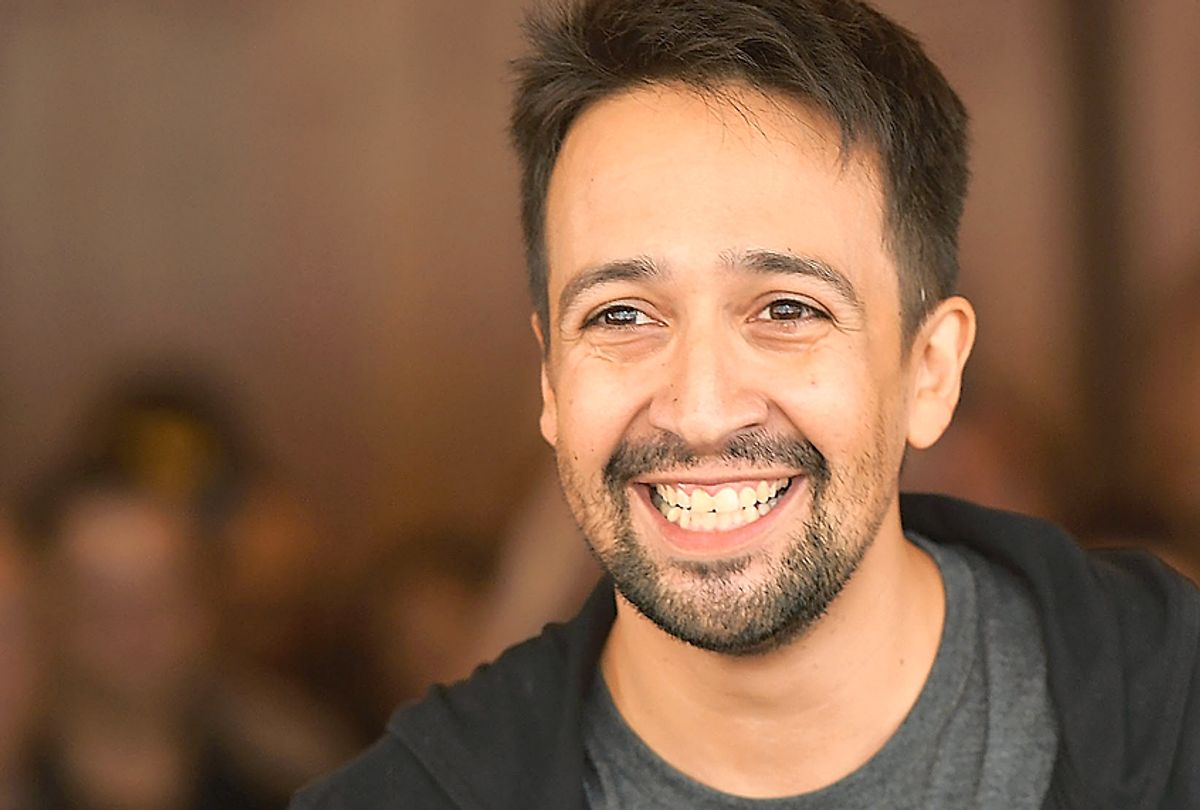 As President Donald Trump failed on various accounts to provide swift and substantial support to Puerto Rico in the aftermath of Hurricane Maria, Lin-Manuel Miranda enlisted an all-star cast of artists to help with relief.

Lin, and artists such as Gina Rodriguez, Gloria Estefan, Jennifer Lopez, Fat Joe, Luis Fonsi, Marc Anthony, Rita Moreno and many others have collaborated on a new track "Almost Like Praying," released Friday. Proceeds from the single will be donated to the Hispanic Federation UNIDOS Disaster Relief Fund. YouTube also plans to make a contribution.

The music video for the track shows the behind-the-scenes of the recording process with Miranda traveling to studios in New York, Los Angeles, Miami and Puerto Rico to work with each artist.

"I was very glad to have something to do while that was happening," Miranda told USA TODAY about the footage of Trump tossing paper towels at people in Puerto Rico. "I was hoping for an announcement of additional troops on the ground, additional aid. I read about it after. In the absence of that, we have to just keep focusing on our work."

"Almost Like Praying" uses the sample from Leonard Bernstein's "Maria" from the musical "West Side Story" as a way "to literally flip the sample the same way we’re trying to flip the natural disaster into something positive," Miranda said.

Artists of all stripes seem to be picking up the president's slack. Last week, Beyoncé sang in Spanish on a remix of J. Balvin's and Willy William's reggaeton song "Mi Gente." Pitbull, too, has been noted for his efforts.

Beyoncé as well, is lending a hand. "I am donating my proceeds from this song to hurricane relief charities for Puerto Rico, Mexico and the other affected Caribbean islands," she wrote on Instagram.

I am donating my proceeds from this song to hurricane relief charities for Puerto Rico, Mexico and the other affected Caribbean islands. To help go to Beyonce.com/reliefefforts.