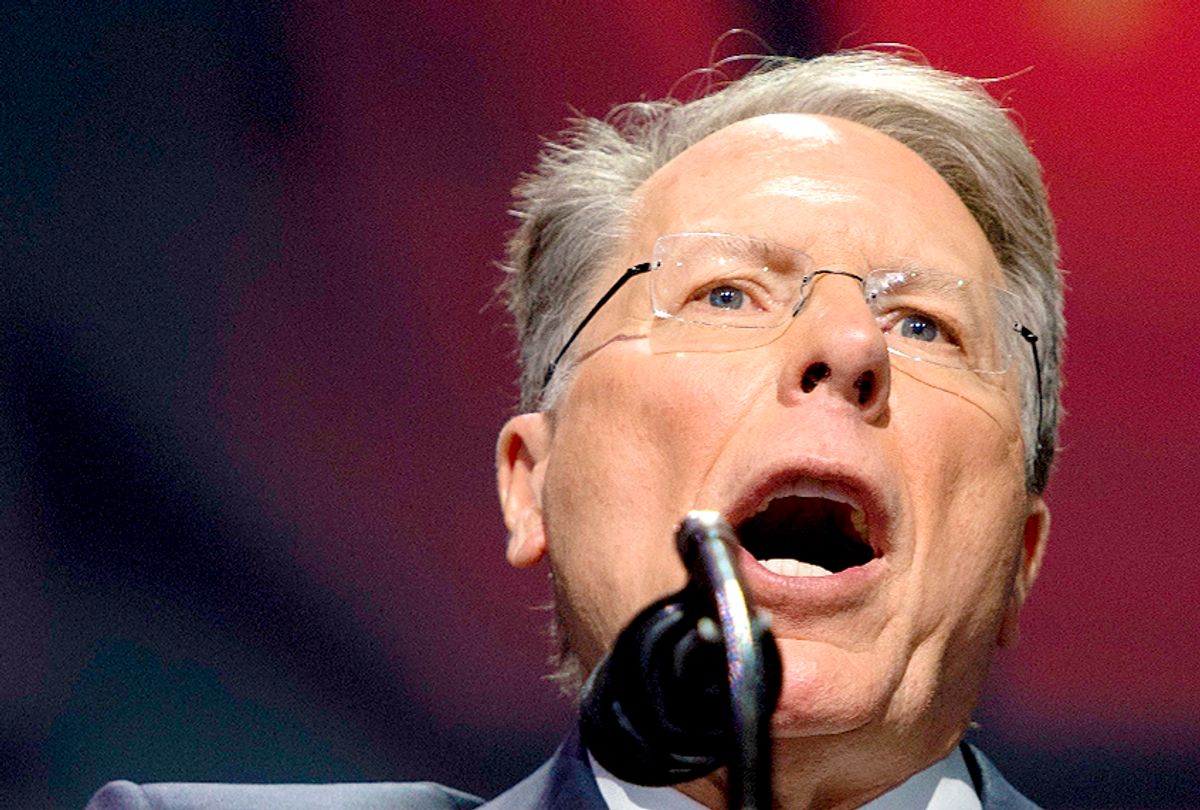 After complaining how "the other side" in the gun control debate "has been so outright in trying to politicize this tragedy," LaPierre took the bait in a question posed by Hannity about how Hollywood elites have security guards but support gun control (even though much of the gun control movement does not want to outright ban guns).

LaPierre later argued that the NRA's supporters "want to preserve this freedom that they know the elites protect for themselves and yet would take away from the honest people and the average people. And, by gosh, the NRA is not gonna let that happen."

Even further into the conversation, LaPierre contrasted the NRA's safety programs for gun users with Hollywood's depiction of guns in its movies.

"We spend millions of dollars every year teaching people safety and responsibility," LaPierre said. "And this Hollywood crowd makes billions a year, every single day, teaching gun irresponsibility to the American public. The hypocrisy is beyond belief."

Hannity wasn't the only Fox News host promoting a radical pro-gun belief system on his show. Tucker Carlson also went in that direction on Thursday night when he argued that bump stocks may have saved lives during the Las Vegas mass shooting.

"Many more would've died actually because if you talk to people who know a lot about guns they say pros don't even fire on fully automatic because they can't hit anything," Carlson said.