Racially-charged Dr. Seuss mural to be taken down

Facing criticism, a racist caricature will be scrubbed from a mural at the Dr. Seuss Museum in Springfield, MA 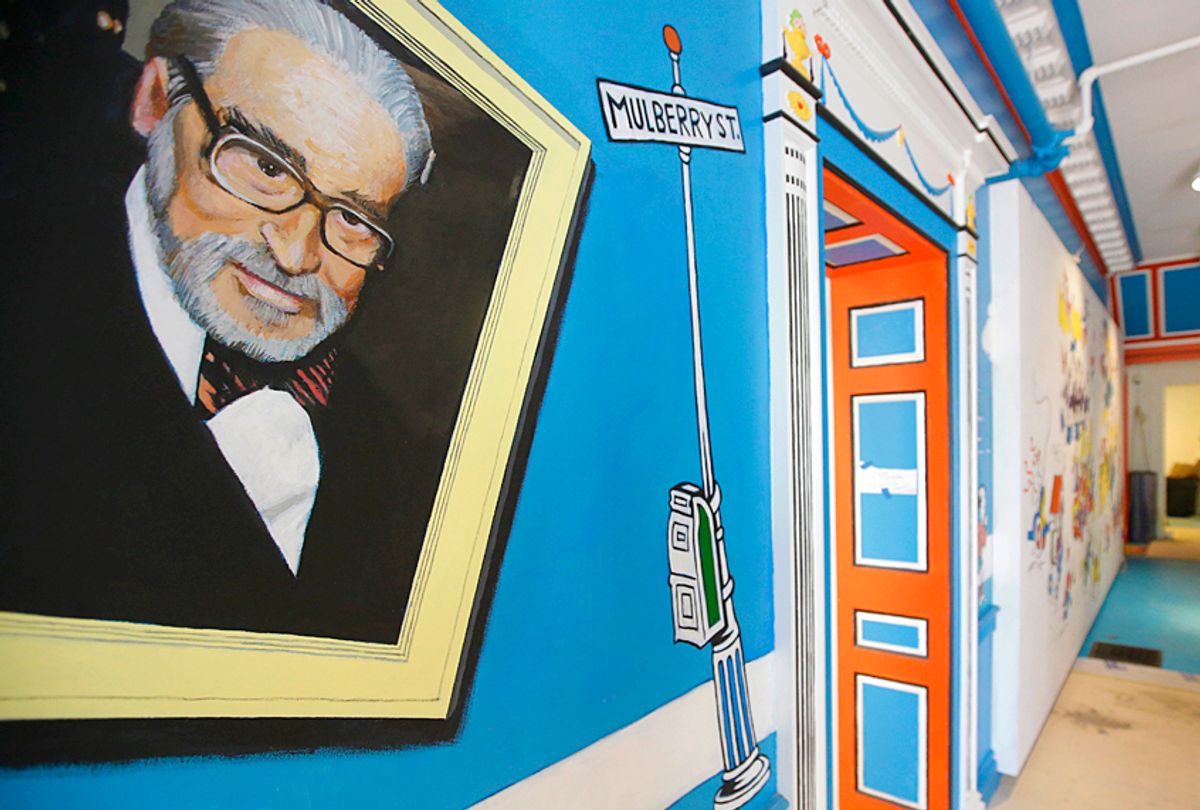 Dr. Seuss is in the news — again. Just a week after Melania Trump made headlines for donating (or attempting to donate) Dr. Seuss books to schools around the country, The Dr. Seuss Museum in Springfield, Massachusetts has announced they will remove a "jarring racial stereotype" of an Asian character from an on-site mural. The removal was prompted after a group of authors penned an open letter declining an invitation to a museum event.

“We find this caricature of ‘the Chinaman’ deeply hurtful, and have concerns about children’s exposure to it,” the authors, Mike Curato, Mo Willems, and Lisa Yee, said in a letter that they shared on their social media accounts. The mural in question depicted a character from Dr. Seuss's book "And to Think it Happened on Mulberry Street," rendered as an obvious Asian stereotype — with slanted eyes, a pointed hat, chopsticks and a bowl of rice.

.@LisaYee1, @The_Pigeon, and I won't be attending the Oct 14 Springfield, MA, Seuss Museum event as planned. Here is why... pic.twitter.com/O3mvlnEIGJ

After agreeing that the caricature was offensive, the museum, located in Seuss's hometown, agreed to remove the image. The museum's officials wrote that they felt the removal of the image was in line with the spirit of Theodor Seuss Geisel, whose pen name was Dr. Seuss, and cited historical evidence of the author's intellectual growth throughout his career as proof.

Though the book festival that prompted declined invitations was cancelled for undisclosed reasons anyway, the aforementioned open letter was what sparked the removal of the racist caricature. From the museum's press release:

Theodor Seuss Geisel wrote under the pen name Dr. Seuss during his lifetime from 1904-1991. Dr. Seuss created an enormous body of work including children’s books and political cartoons. Dr. Seuss was a man of his times. He was also a man who evolved with his times. Dr. Seuss’s own story is a story of growth with some early works containing hurtful stereotypes to later works like "The Sneetches" and "Horton Hears a Who!" which contain lessons of tolerance and inclusion.

It is in that spirit that Dr. Seuss Enterprises and the Springfield Museums listened to the concerns voiced by the authors and fans and have made the decision to take down the Mulberry street mural at the Amazing World of Dr. Seuss Museum and replace it with a new image that reflects the wonderful characters and messages from Dr. Seuss’s later works. This is what Dr. Seuss would have wanted us to do. Dr. Seuss would have loved to be a part of this dialogue for change. In fact, Ted Geisel himself said, “It’s not how you start that counts. It’s what you are at the finish.”

This has been a surprisingly Seuss-heavy news cycle for the prodigious cartoonist, who passed away in 1991. Just two weeks ago, First Lady Melania Trump donated a set of Dr. Seuss books to well-performing schools, and received a "thanks but no thanks" from a Cambridge, Massachusetts-based teacher for, among other reasons, the author's racially murky history.