At least 15 dead, 150 missing from fires in Northern California 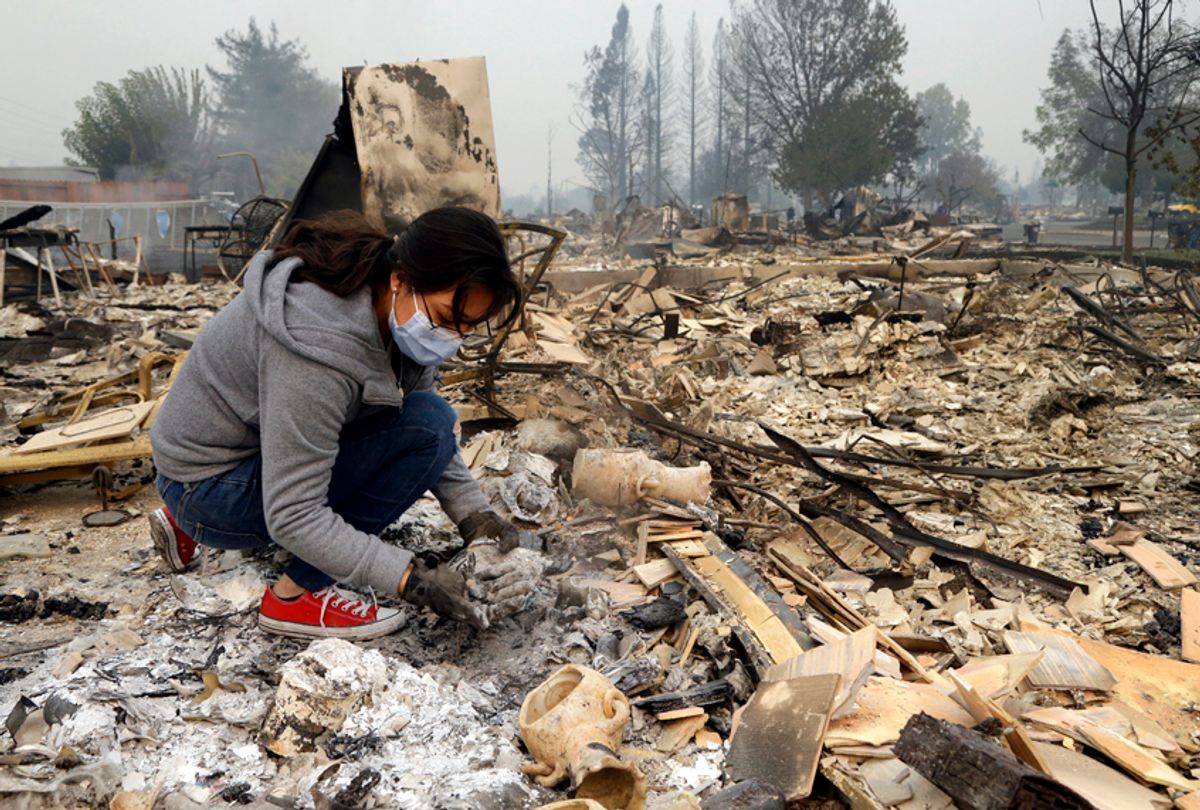 Wildfires have ravaged upwards of 100,000 acres of land in Northern California, leaving at least 15 dead and 150 people missing as of Tuesday afternoon.

The sheriff's office in Sonoma County, one of the counties hardest hit by the fires, received over 150 missing person reports. "We are confident that many of these people will be found safe and reunited with loved ones, but unfortunately we are preparing for further fatalities," the sheriff's office wrote on Facebook.

Fatalities have mainly come from Sonoma County, where "huge swaths of the city of Santa Rosa were leveled in flames," the Los Angeles Times reported.

Over 1,500 structures had been burned as of early Tuesday morning. Sonoma County's Tubbs fire and Napa County's Atlas fire — the two biggest — torched 27,000 and 25,000 acres, respectively, as the Times reported.

"Though our containment numbers haven’t gone up just yet, we’ve at least been able to hold these fires and keep them at their current acreage," said Cal Fire spokesman Daniel Berlant, according to the Times.

Roughly 20,000 people evacuated their homes on Sunday and Monday, the Times reported. 50 mile per hour winds on Sunday helped the rapid spreading of the fires.

"Overnight, the wind that had fanned these fires had really decreased, and that gave us an opportunity to really take a stand against these fires," Berlant said. "We are again today hoping to see very little wind compared to Sunday."

"It has been hotter, it has been drier, our fire seasons have been longer, fires are burning more intensely, which is a direct correlation to the climate changing," she said, according to The Guardian.

While President Donald Trump has been quite active on Twitter, he has yet to comment on the fire — rather, he spent much of the weekend posting about his personal feuds with Senate Republicans, the NFL, Democrats and/or ESPN employees.

Pictures and videos from California paint a harrowing picture.

My sister is in Disneyland and just sent me these pictures from the fire. Is the world ending or something? Cause this is wack pic.twitter.com/uRut0up3Yr — David (@iheartnate) October 9, 2017

Thousands of people are currently evacuating as over a dozen wildfires move through Northern California. Wow. 🙏pic.twitter.com/jHn1jaCP7w