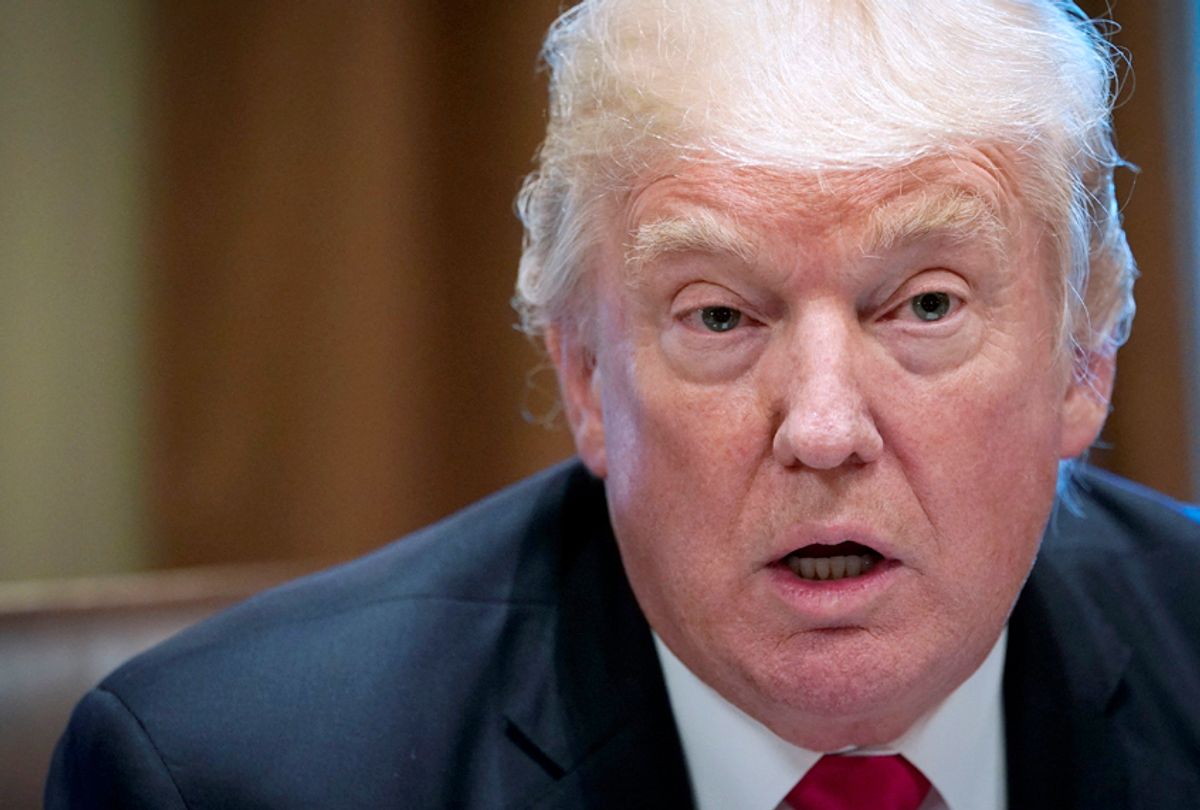 While special counsel Robert Mueller investigates whether President Donald Trump obstructed justice, legal experts and scholars at the Brookings Institute have determined that the president likely broke the law by firing former FBI director James Comey and, as a result, could be impeached by Congress.

"Attempts to stop an investigation represent a common form of obstruction. Demanding the loyalty of an individual involved in an investigation, requesting that individual's help to end the investigation, and then ultimately firing that person to accomplish that goal are the type of acts that have frequently resulted in obstruction convictions," the analysis said.

In May Trump gave an interview with NBC News in which he admitted to wanting to fire Comey because "this Russia thing with Trump and Russia is a made-up story." Multiple times, the president said that he had urged Comey to not pursue an investigation into Flynn. During Comey's testimony to Congress, Comey revealed that Trump told him: “I hope you can see your way clear to letting this go, to letting Flynn go. He is a good guy. I hope you can let this go.”

Although the president had the authority to fire Comey, the analysis asserted that Trump's intent was material to an obstruction of justice charge.

"The fact that the president has lawful authority to take a particular course of action does not immunize him if he takes that action with the unlawful intent of obstructing a proceeding for an improper purpose," the report said. "There is already evidence that his acts may have been done with an improper intent to prevent the investigation from uncovering damaging information about Trump, his campaign, his family, or his top aides."

If Mueller were to move forward with a criminal case against Trump, the U.S. House would have to determine whether to impeach the president. Impeachment proceedings are entirely at the discretion of Congress, so the country would have to rely on Republicans to hold Trump accountable.

"Should that conclusion be borne out, we believe he will be held to account under one or another of the vehicles we have outlined, for no one is above the law in our system," they added. "Accountability will have significant consequences for the functioning of our democracy. We offer this paper as a framework to evaluate the facts and the investigation as they develop, and to help prepare for the turbulence that may well lie ahead."