With a mass shooting central to an upcoming episode, producers didn't delay broadcast — a rare and valuable choice 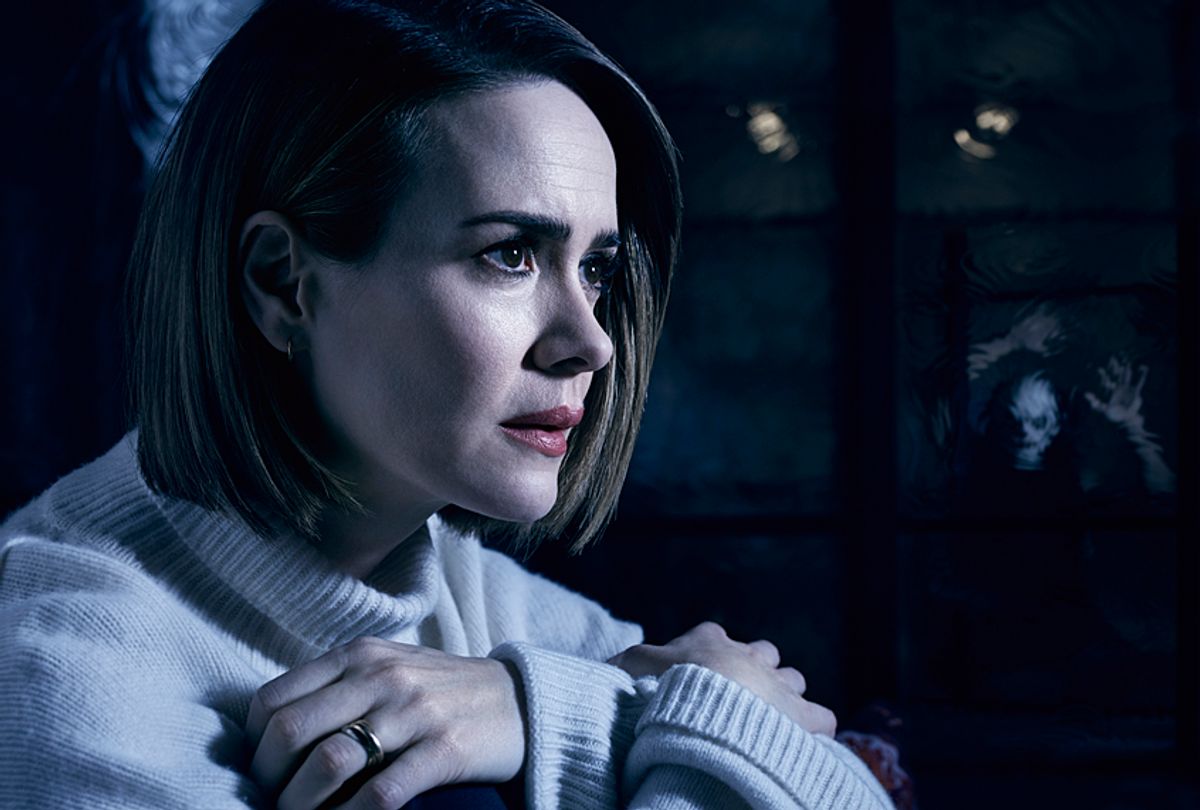 This time, in the wake of October 1’s mass shooting Las Vegas, FX had to make a call with regard to “American Horror Story: Cult,” the seventh season of Ryan Murphy’s horror anthology series. This week’s episode, “Mid-Western Assassin,” is bookended by two perspectives of the same murderous shooting spree in the season’s suburban Michigan setting, one seen by a survivor, the other revealing its perpetrator. It was filmed two months ago.

FX could have chosen to delay the airing of “Mid-Western Assassin” — a standard practice in these increasingly common situations – but given the highly serialized format of “American Horror Story” pulling it completely was out of the question. Instead, Ryan Murphy and FX chose to make substantial edits to the opening scene, as FX announced via press release on Monday.

“American Horror Story: Cult” is, at its good moments, a politically-themed vivisection of the deterioration of America’s already battered and frayed cultural fabric. Murphy, co-creator Brad Falchuk and their writers cavort through a long list of symptoms and ills including political correctness run amok, the proliferation of fake news, divisive political rhetoric, racism, sexism, hollow promise of protection offered by guns. All of these have a common root in fear and its corrosive effects on reason and courage.

When faced with the depressing conundrum of what they should do of the upcoming episode, Murphy chose to keep as much of the opening scene as would be required to maintain the continuity of the tale.

“American Horror Story: Cult” sets up this turn in early in the season as phobia-riddled ultra-liberal Ally (Sarah Paulson) finds herself under siege on all sides by a gang of homicidal maniacs in clown masks. They’re everywhere – in the grocery store, in her home. They gruesomely butcher the neighbors, smearing the walls with their blood. Soon Ally procures a gun, thinking that will keep her family safe. Instead she accidentally shoots a friend.

Absent from the censored version that aired Tuesday night is around 45 seconds of content. The episode opens the same way, with a tight shot of the American flag fluttering in the wind as the season’s antagonist, city council candidate and cult mastermind Kai (Evan Peters) stumps at a campaign rally. Then the sounds of gunshots ring out. The scene cuts to the crowd and Ally’s wife Ivy (Alison Pill) attempting to flee before her neighbor Harrison (Billy Eichner) shoves her behind a fountain to take cover. She sits frozen, a hand clapped over her mouth, the cops close in and disarm the shooter, who appears to Ally.

In the original version, as Ivy is running, a man behind her takes a bullet and tumbles into the fountain. Another man gets up, crouching, and attempts to lead her to a safer place, only to be shot himself. Injured, he reaches for her, and as she takes his hand he’s shot again, this time fatally. All of this can be seen in the original edit, currently streaming online. Of course, you’d have to want to watch, and that’s a question you’ll have to answer for yourself.

Knowing that the full scene can be viewed anyway may lead some people to question why Murphy would make these cuts in the first place. If part of perpetuating American’s gun violence epidemic involves our unwillingness to face its consequences head on, why not leave the episodes as they are and let them air?

There’s no single answer to those question, because a matter of putting each episode, and event, into context.

Yanking or delaying television scheduled in close proximity to a mass shooting is a lot easier to do than editing one. In July 2016, the debut of USA’s television adaption of “Shooter” was postponed by a week after a sniper gunned down five police officers in downtown Dallas.

Days after the bombing of the Boston Marathon in April 2013, NBC’s “Revolution,” ABC’s “Castle, and episodes of “New Girl” and “Family Guy” were delayed or swapped out in a show of respect to victims. Even “Friends” had to reshoot a scene after 9/11 because of a gang involving a bomb. Before that, in April 1999, the mass shootings at Columbine High School prompted The WB to shelve two episodes of “Buffy The Vampire Slayer,” eventually airing them over the summer. The list is longer than this, expanding back to the earliest days of television to include “The Alfred Hitchcock Hour” and “The Joey Bishop Show.”

The case of “AHS: Cult” bears more similarities to a fate that befell a 2013 episode of NBC’s “Hannibal,” titled “Ceuf,” which was removed from the on-air schedule entirely following the Boston Marathon bombing. It was then sliced down to include only the elements necessary to bridge the plot between what happens in the hour before and what comes after, and surfaced online. Of course, like the original “Mid-Western Assassin,” if you want to see the entire meal you can track it down.

Mind you, there are cases where networks can overreact; as recently as June of this year, NBC pulled an episode of “The Carmichael Show” called “Shoot-Up-Able” after a gunman opened fire on a congressional softball practice session in Virginia. In it, the main character gets home late and blithely explains to his girlfriend he was held up by a mall shooting, intent on going about his day as if nothing unusual had occurred.

Similarly, “Shoot-Up-Able” is presented like a regular comedy episode, including peals of laughter from the studio audience, all of which feels weird and off-putting. Only by watching the denouement does the viewer understand that the disconnect between the comedy and the horror is done on purpose.

“Shoot-Up-Able” is a response to gun violence that posits anytime this happens, we’re all victims – and it warns that the sheer frequency of mass shootings can have the effect of numbing us to the depravity of it, of making it commonplace.

Editing “Mid-Western Assassin” serves a similar purpose, though with slightly different reasons. “AHS: Cult” is utterly baroque in its presentation gore. It hosts a Grand Guignol-level of exploitation, here to inflate the absurdity of America’s fetishizing of violence and blood and, yes, guns.

It also had the miserable coincidence of being scheduled a week after the worst mass shooting committed by a single yet in American history. It would have come at the tail of unceasing replays of mobile-phone footage of the horror as it happened, of analysts struggling to pinpoint a reason for it all, of waves upon waves of screaming about the appropriateness of gun control. Reality has already depressed many of us into a state of near catatonia, so what purpose would it serve to shows us fictionalized carnage on top of all that, in full?

FX and Murphy had the choice between editing and running Tuesday’s “AHS: Cult” episode, or cowering by delay or omission. They chose the former, and handling it with careful consideration, losing none of the horror for their efforts.