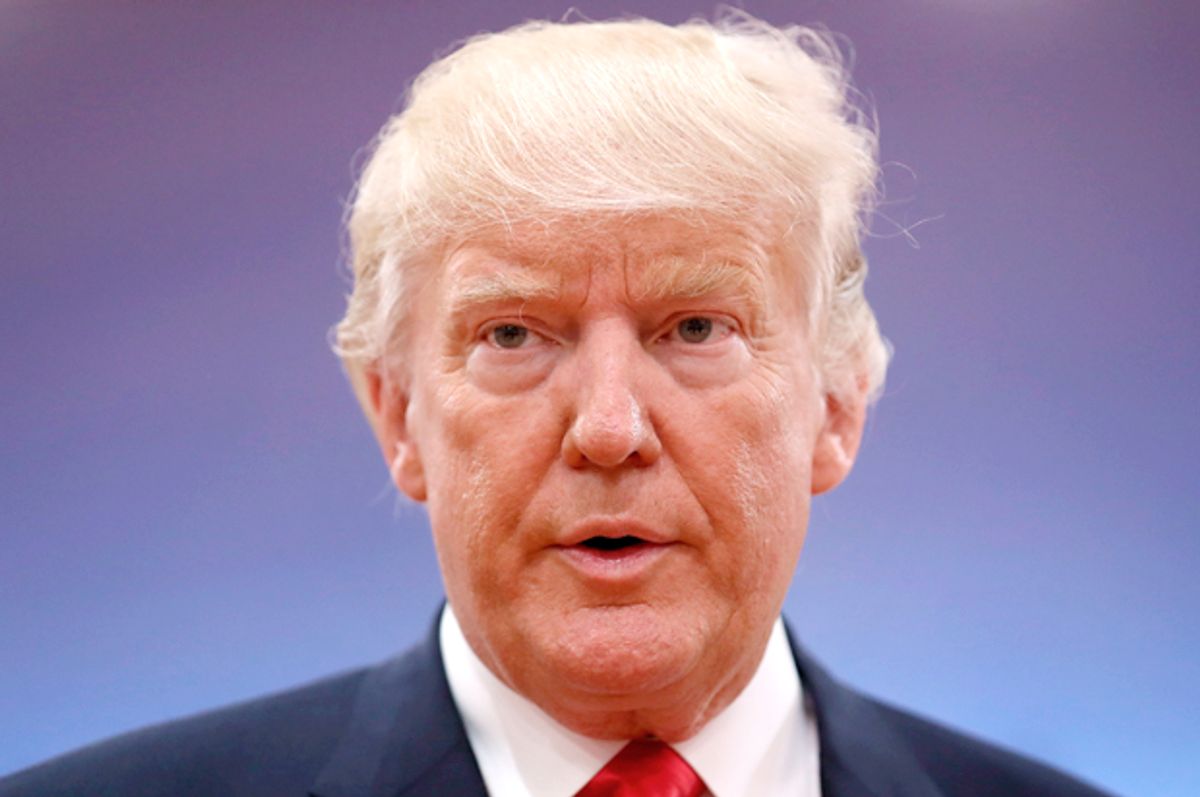 President Donald Trump told the Joint Chiefs of Staff, Secretary of State Rex Tillerson and a number of other influential advisers during a meeting in July that he wanted to return America's nuclear arsenal to its Cold War highs.

It was after this meeting, for reasons that may or may not have been related to Trump's nuclear comments, that Tillerson referred to the president as a "moron."

Trump suggested a roughly tenfold increase in the American military's nuclear stockpile, during a slideshow given to him by the nation's top national security leaders, according to NBC News. At one point, when Trump was shown a chart that compared the nuclear capabilities of the United States and Russia at various points during the Cold War, Trump pointed to the period displayed that showed America's stockpile at its largest (in the late 1960s) and said that he wanted America to return to that level.

Although some of the individuals present interpreted that comment as merely a suggestion for a nuclear increase, rather than specifically calling for a return to 1960s levels, that didn't make Trump's suggestion any less problematic. Every American president since Ronald Reagan has signed international disarmament treaties, all of which would have been violated if Trump succeeded in increasing America's nuclear weaponry.

In addition to raising troubling questions about the president's awareness of the dangers of nuclear weapons, this report may also shed light on one of the more recent controversies from Trump's presidency. Tillerson never denied calling Trump a "moron," and while the report does not confirm that his comment was made in reference to the nuclear weapons question, it does confirm that Tillerson's observation occurred after that high level meeting.