Be skeptical of Trump's claim that Americans will take home $4,000 from his tax cut

Trump has a track record of fudging the numbers to serve his agenda, so his $4,000 claim is already unreliable 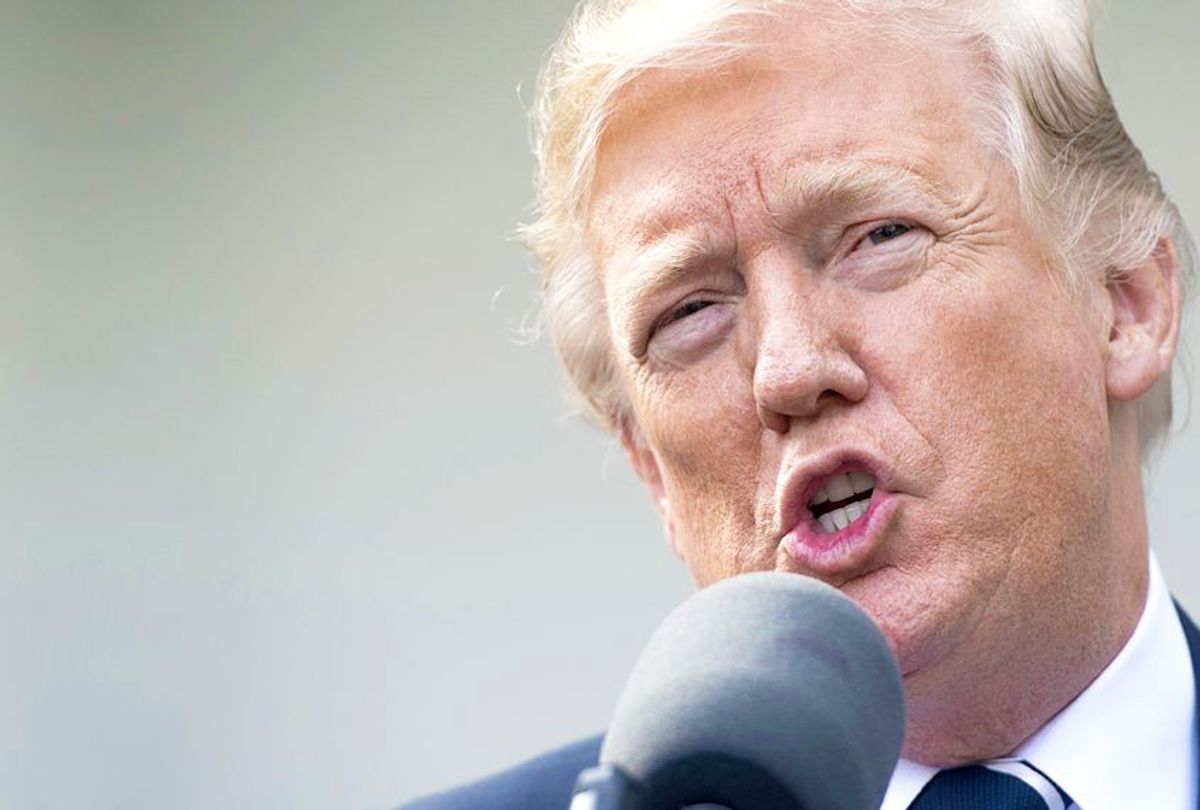 On Monday afternoon, President Donald Trump stood in the White House Rose Garden next to Senate Majority Leader Mitch McConnell, praising a tax reform plan that — if experts are to be believed — wouldn't yield the results that Trump promises even if it does manage to get passed.

During their joint appearance Monday, Trump said that he and McConnell "have been friends for a long time" and claimed that both of them are "fighting for lower taxes, big tax cuts, the biggest tax cuts in the history of our nation. We are fighting for tax reform as part of that."

The cornerstone of that tax reform plan would be a major reduction in the federal corporate tax rate, dropping it by 15 percentage points, from 35 to 20 percent.

"Reducing the statutory federal corporate tax rate from 35 to 20 percent would, the analysis below suggests, increase average household income in the United States by, very conservatively, $4,000 annually," claimed the Council of Economic Advisers in the report released on Monday. "The increases recur each year, and the estimated total value of corporate tax reform for the average U.S. household is therefore substantially higher than $4,000."

"My view is it's sort of outside the range of plausible estimates. The $4,000 figure basically says, for every $1 cut in the corporate income tax, wages rise by $3. For me, that's too large an impact," Rosenberg told Salon.

"The broader question of how their plan will affect the overall economy and wages is obviously much more complicated than just what they're doing in this paper, which is saying that any cut in corporate income tax will raise wages," he said. "Given what we know about it now and given past experience and evidence on tax changes, we don't expect to see a large effect on either GDP or wages from the combination of policies or overall plan."

Aside from the questionable logic behind arguing that corporate tax cuts will yield benefits for the working class, Trump's plan also suffers from a credibility problem. Last month, the White House was rumored to have suppressed a report by the Department of Health and Human Services which found that refugees netted the government $63 billion more in revenue over the past decade than they had cost the state. Although the report was finished in July, it was never released, meaning that the Trump administration did not factor its findings into its refugee policy — namely, that refugees "contributed an estimated $269.1 billion in revenues to all levels of government."

The White House, in turn, argued that the report's conclusion was politically motivated.

While it's unclear whether the Trump White House has suppressed data that could be inconvenient to the findings of its new tax report, they received heavy criticism last month for providing sparse details about what that plan would contain. The motive for pushing for tax reform now seems to be less about helping the economy and more about scoring a much-needed win for the Republican Party.

"If we don't cut taxes and we don't eventually repeal and replace Obamacare, then we're going to lose across the board in the House in 2018," Sen. Lindsey Graham, R-S.C., told CBS News. "And all of my colleagues running in primaries in 2018 will probably get beat."

Graham added, "It will be the end of Mitch McConnell as we know it. So this is a symptom of a greater problem. If we do cut taxes and we do repeal and replace Obamacare, it doesn't matter what Bannon [will] do because we'll win."

The fact that McConnell's fate hangs in the balance as much as Trump's seemed clear to both men as they touted the new tax reform plan from the Rose Garden.