On Weinstein, Clinton moves the conversation from Hollywood to politics, with mixed results 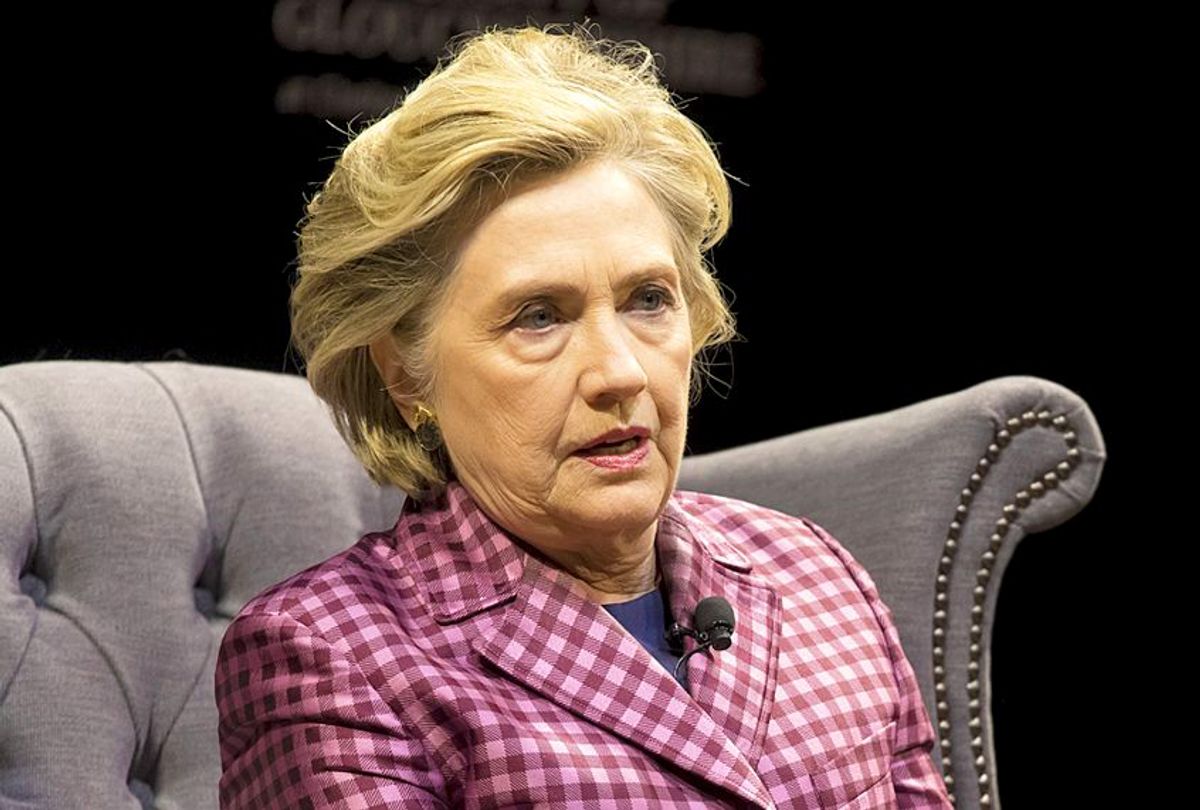 Hillary Clinton appeared on the BBC Sunday, compared Harvey Weinstein’s behavior to that of President Donald Trump’s and was laster pushed in the interview regarding allegations of sexual misconduct against her own husband, former president Bill Clinton.

In her appearance on BBC News, Clinton told host Andrew Marr that she was “shocked and appalled” by the mounting sexual assault and rape allegations against the Hollywood producer and longtime democratic donor. She then putting the same critical lens that took down Weinstein on Donald Trump.

“I think that it’s important that we not just focus on him and whatever consequences flow from these stories about his behavior, but that we recognize that this type of behavior cannot be tolerated anywhere, whether it’s entertainment [or] politics,” she said.

“After all," she continued, "we have someone admitting to being a sexual assaulter in the Oval Office. There has to be a recognition that we must take a stand against this action that is sexist and misogynistic.”

Marr then mentioned that this depends on women having the courage to come forward in abuse cases, comparing the Weinstein fiasco to the women that the Trump campaign used as a tool leading up the 2016 elections. Several of the women who have accused her husband, Bill Clinton, of violations including sexual harassment, sexual assault and rape appeared in the audience of a presidential debate as guests of the Trump campaign. This occurred only days after the infamous “grab ‘em by the . . . ” tapes of Trump's comments to Billy Bush surfaced.

Clinton shrugged off the comparison saying that the cases were “litigated,” explaining that the accusations were determined to unfounded after investigation. That is, objectively, a broad oversimplification. Some of the accusations were found not to hold prosecutorial merit or weight in civil lawsuits. Others simply never reached those stages. None of that, however, helps prove that those incidents did not actually happen.

Moreover, there is overwhelming proof that president Clinton did indeed engage in improper sexual relations with Monica Lewinsky in, as secretary Clinton mentions in speaking about Trump, the Oval Office. While that was a mutually consensual encounter, it still can be considered a form harassment given the unavoidable power imbalance there. It certainly undermines the secretary's stance here.

Clinton continued, angling back to allegations in general and how they must be be taken seriously “for everyone, not just for those in entertainment right now."

Marr continued, saying that it’s the duty of powerful women like Clinton to call sexually predatory men like Trump out on their actions. Clinton actually laughed out loud, reminding Marr that she had been trying to do that throughout the whole campaign.

Clinton stopped short of saying that Weinstein and Trump are “deep down the same kind of person,” as Marr asked, saying she wasn’t a psychologist and couldn't answer if they were.

She did, however, say that Trump is “focused on keeping women in their place,” citing a comparison between the way he treats German Chancellor Angela Merkel and British Prime Minister Theresa May. Clinton pointed out Trump wouldn’t shake Merkel’s hand in one meeting and was happy to chum with Theresa May.

This comparison might be more about political alignment that misogynistic attitudes though. Clinton might have done better by pointing out his alleged treatment of ex-wife Ivana Trump, or the accusations of sexual assault by a contestant from “The Apprentice,” or Donald Jr. saying that women should leave the workforce if they aren’t prepared to handle sexual come-ons.

Bill Clinton’s past alleged indiscretions and her messy examples notwithstanding, Hillary has also had to contend with the fact that Weinstein was a major democratic donor. Chef and author Anthony Bourdain, partner, Asia Argento, of one of Weinstein’s victims featured in the recent New Yorker exposé on Weinstein’s victims, did not have a great response to Clinton’s earlier interview on CNN last week, calling her reactions to the Weinstein assaults “shameful” and “disingenuous.”

"Secretary Clinton was one of the most intelligent, well prepared, well briefed politicians ever. “ he said on Twitter. “So, yes. I'd hoped for a better response," he added.