Somalia suffers one of the worst terrorist attacks in recent history

No group has yet claimed credit for the truck bombing, but Somalia's president is blaming al-Shabab 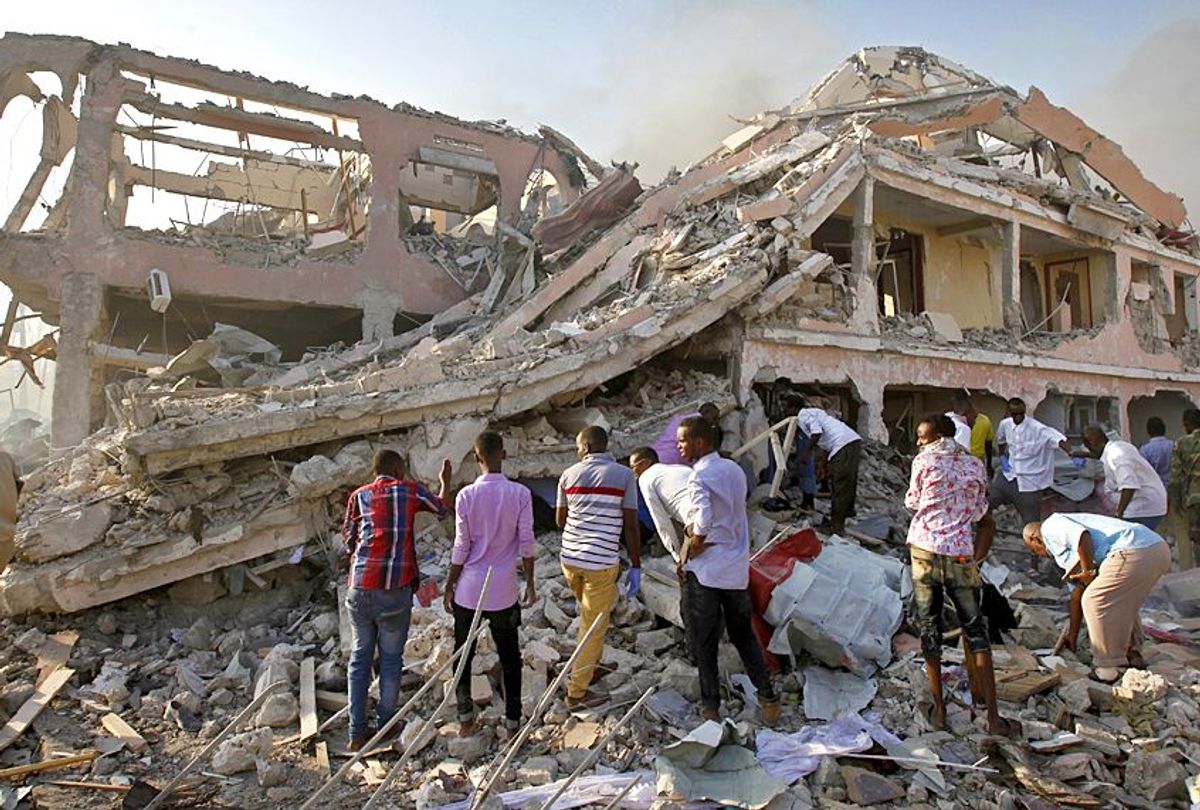 Somalis gather and search for survivors by destroyed buildings after a huge explosion from a truck bomb in the capital Mogadishu, Somalia, Oct. 14, 2017. (AP/Farah Abdi Warsameh)
--

One of the deadliest terrorist attacks in recent history has taken roughly 300 lives in Mogadishu, the capital city of Somalia.

The attack was carried out through a truck bombing on Saturday, according to the Associated Press. Although no group of terrorists has yet come forward to claim responsibility for the attack, Somali President Mohamed Abdullahi "Farmajo" Mohamed pinned the blame on al-Shabab, according to the BBC.

Out of 276 confirmed bodies, only 111 have been identified by their families, the BBC reported. An additional 165 bodies have not been identified, which the government plans on burying in a national mass funeral.

If al-Shabab was responsible for the attack, their culpability would raise serious questions about the effectiveness of American foreign policy in the region. The United States has responded to the Islamist group's growing power in the country by attacking them with a series of airstrikes, as well as supporting tens of thousands of African Union forces in working against them. As a result of this military campaign, al-Shabab has retreated into the southern part of Somalia, where the national government has less control and al-Shabab members can blend in with local communities.

One possible problem has been America's focus on using decapitation strikes, which attempt to kill off al-Shabab leaders in the hope of weakening the group overall.

"Decapitation strikes certainly serve a purpose, but al-Shabab will not be defeated this way. They replenish leadership very quickly," Matt Bryden, a security consultant on the Horn of Africa, told the Associated Press.

Al-Shabab is an Islamist terrorist group that emerged in the aftermath of that country's bloody civil war in the early 1990s. Although they gained control of Somalia's capital, Mogadishu, in 2006, they were gradually pushed back by the United Nations and African Union. As of February 2012, they have been in an alliance with al-Qaeda, which was responsible for the September 11th terrorist attacks.