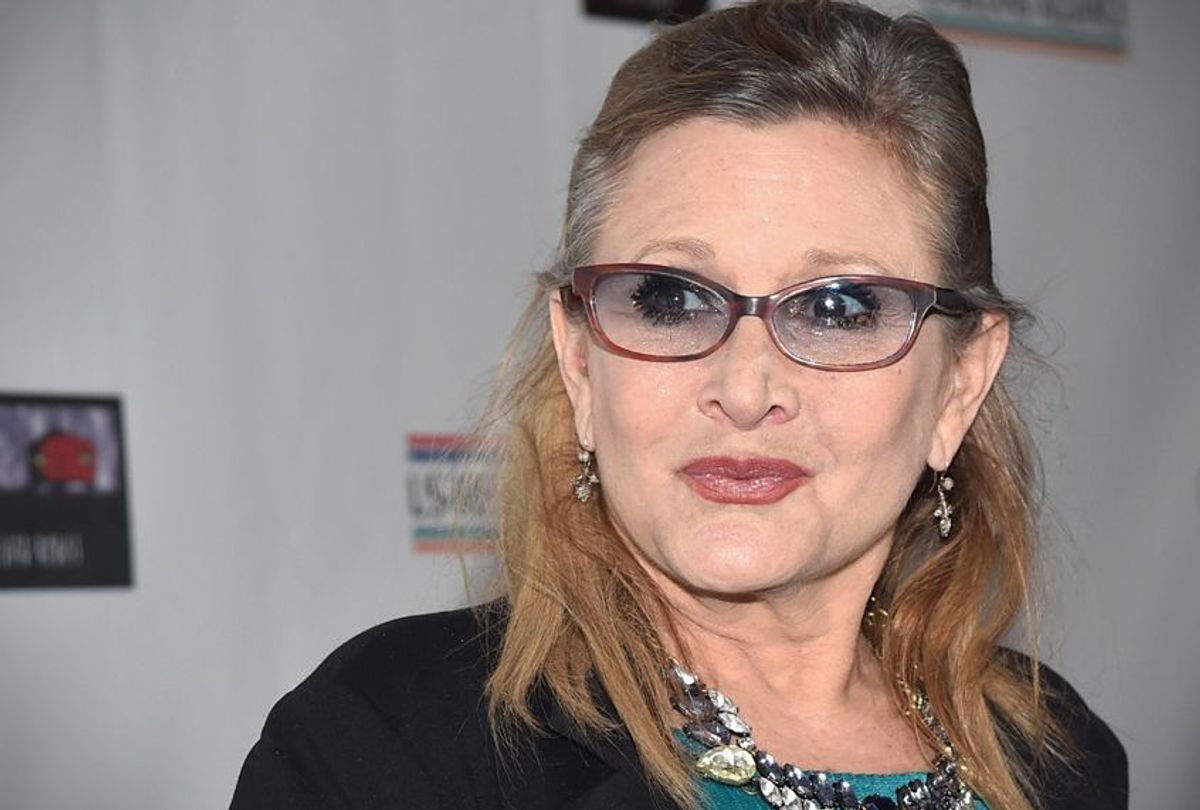 As the allegations against Harvey Weinstein only increase by number and severity, women are coming forward with their own stories of sexual assault and harassment en masse. Just check the #MeToo hashtag (or a social media account of almost any woman you know). Tales of the pervasiveness of sexual abuse violence and the power imbalance that kept them quiet for so long are being shared as never before.

One of the many women who's contributed a story of abuse is screenwriter Heather Ross (now Robinson) who revealed an encounter with an unnamed Oscar-winning producer in 2000. She claims she first connected with him online — a place where she engaged with many celebrities in the early aughts of the millennium, actor Carrie Fisher included.

"I was under the assumption that meeting this one producer, he was an Oscar-winning producer, there was nothing sexual online at all," Robinson told the Tuscon radio station 94.9 Mix FM. She said he asked to talk to her about a new project.

"It wasn't anything romantic at all," she continued. "And, I was overweight." Robinson added, "I felt safe, thinking okay, I'm overweight, I'm not attractive to these people, I'm not looking to become an actress." If anything, Robinson's pretext underscores how little sexual violence has to do with sexual pleasure.

Robinson also mentioned that the day she met the producer, she was dressed like "an over-sized olive." It was a reference to designer Donna Karan's comments about women "asking" for it based on the way they dress, or based on, in Karan's words, "how we present ourselves."

Robinson said that within two minutes of the producer picking her up, he pulled the car over, and "He reaches over and grabs the handle of the chair of the passenger seat and flips me backwards, and all of sudden, he's on top of me." Robinson said he used one of his hands to hold her down.

When it was over, Robinson said he told her: "You'll never make a movie in my town, get the f out of my car." She added, "It happened so quickly that I was ashamed of myself, I thought I did something wrong. . . . I stayed quiet for years, because I didn't want the retribution."

Robinson said afterwards, she didn't know what to do, but she ended up telling some friends and family about the terrifying experience, one of whom was Carrie Fisher. "She was very protective of me and more scared for my safety than anything," she said. "But after that fear wore off, about two weeks later, she sent me a message online."

Fisher had just seen the producer at Sony Studios. Robinson said Fisher told her, "I knew he would probably be there, so I went to his office and personally delivered a Tiffany box, wrapped with a white bow." She said the box contained a cow tongue, "with a note that said if you ever touch my darling Heather or any other woman again, the next delivery will be something of yours, in a much smaller box."

We did not need another reason to love Carrie Fisher even more — yet, here it is. Amid news including how NBC killed a Weinstein exposé, how people around Weinstein protected him from public scrutiny and how the Manhattan D.A. refused to prosecute him, it's good to know that, at a time when it felt like no one was willing to stand up for women, Carrie Fisher was.