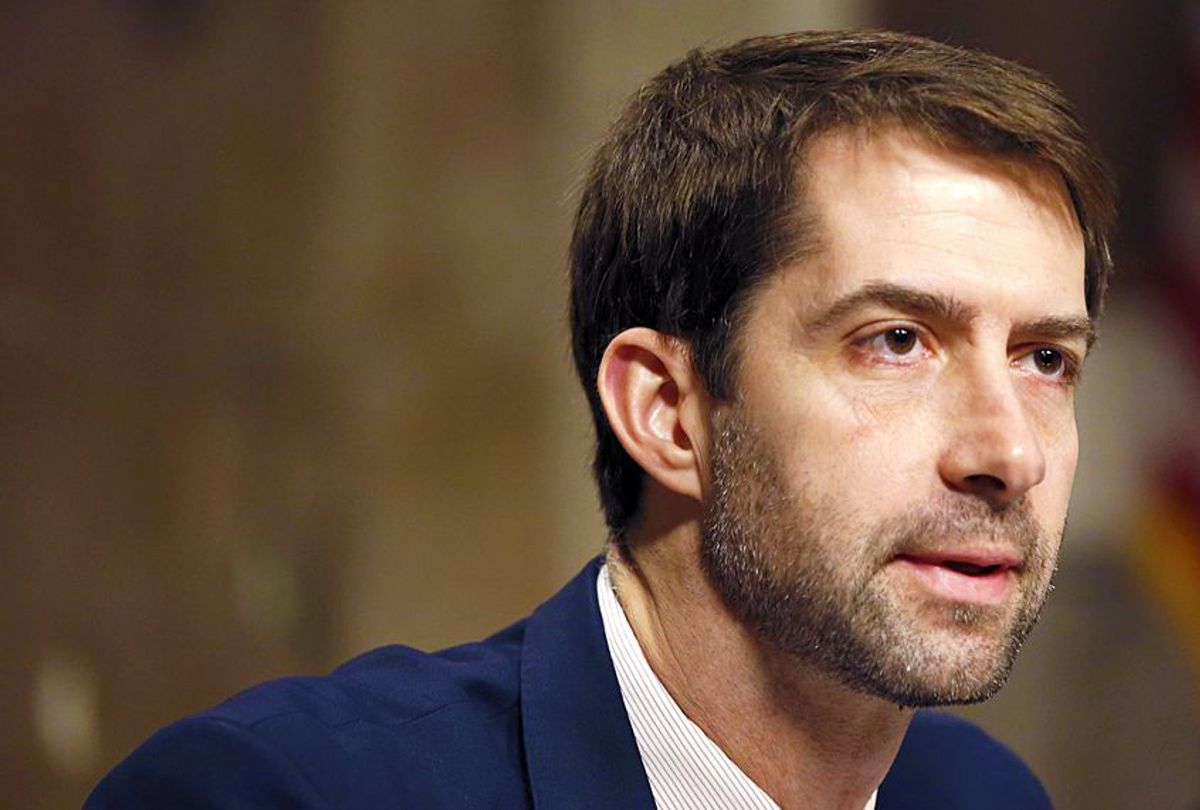 It may be that it took direct, vicious attacks on the mainstream media for its practitioners to understand the catastrophe of Donald Trump and cover him both factually and, more important, truthfully. They aren't perfect, but they aren't being the lapdogs we all saw during the Bush administration and thank goodness for that. Still, they have yet to kill some stale old tropes that desperately need to be thrown overboard. One of them is this idea that there are "grownups" out there somewhere who will come rescue us from the folly of our democratic choices.

Back in 2001, the entire press corps was delirious over the ascension of George W. Bush after the years of Bill Clinton and his hippie White House.  Those so-called "grownups" wreaked havoc, and the press seemed to be chagrined enough by the Bush administration's failures to let Barack Obama's quiet dignity speak for itself. But with the election of Donald Trump and his infantile bullying, this meme has returned in a big way. I wrote about this latest iteration of the "finally, the adults are back in charge" line a few months ago, and it's only become more frequent and more desperate as the administration sheds its original cast of characters in favor of what Trump refers to as "my generals." (It's like a remake of "Seven Days in May" around there these days.)

Well, it just got worse. The much-rumored upcoming departure of Secretary of State Rex Tillerson has created lots of gossip about possible replacements, starting with UN ambassador Nikki Haley, known as "the Iran whisperer." The other possibility being discussed is CIA Director Mike Pompeo, a Trump favorite who drives three hours a day from Langley, Virginia, to the White House to personally deliver the president his national security briefing just the way he likes it -- short, sweet and with "killer graphics."

If Pompeo were to be moved into Tillerson's spot, that would open up the CIA job, and word is that Trump is considering Sen. Tom Cotton of Arkansas for that position. Cotton is only 40 years old and has had one term in the House and three years in the Senate, so he seems a bit young for the job. (In fact, he's the youngest current U.S. senator.) But he's apparently enough of a grownup to join the Trump babysitters' club. Axios reported:

MSNBC and conservative radio host Hugh Hewitt — who talks frequently to Cotton on and off the air, and first floated the idea of Cotton for CIA — told me that Pompeo, Cotton, SecDef Mattis and Chief of Staff Kelly would be "a quartet of serious intellectuals and warriors in the 'big four' jobs." And you could add National Security Adviser H.R. McMaster as a fifth.

Hewitt also said that Cotton and Trump get along well and that he and Pompeo both "like and listen to the president" and "accept his realism in foreign affairs." Trump's views on foreign affairs are not of what is called the "realist" school, nor are they actually realistic, so I'm not sure what Hewitt's referring to. But it sounds as though both men are champion Trump flatterers, which makes the president comfortable and happy.

On the substance, Cotton is a terrible choice. He comes from Arkansas, but he went to Harvard for both undergrad and law school. Then he served in Iraq and Afghanistan as an Army Ranger and worked in management consulting at McKinsey & Company, before embarking on his long-planned political career. (I wrote about him back in 2015, calling him Sarah Palin with a Harvard degree.)

His one term as a congressman was unremarkable, but he flew into the Senate like a whirlwind and immediately embarrassed the entire Republican caucus by catching them all on their way out of town and getting them to sign an ill-considered letter he wrote to the Iranian government telling them that the nuclear agreement wasn't worth the paper it was written on. As former Bush speechwriter and Washington Post columnist Michael Gerson wrote at the time:

The document was crafted by a senator with two months of experience under his belt. It was signed by some members rushing off the Senate floor to catch airplanes, often with little close analysis. Many of the 47 signatories reasoned that Senate Majority Leader Mitch McConnell’s endorsement was vetting enough. There was no caucus-wide debate about strategy; no consultation with Senate Foreign Relations Committee Chairman Bob Corker (R-Tenn.), who has studiously followed the nuclear talks (and who refused to sign).

This was a foreign policy maneuver, in the middle of a high-stakes negotiation, with all the gravity and deliberation of a blog posting. In timing, tone and substance, it raises questions about the Republican majority’s capacity to govern.

Those questions have now been answered. It has no such capacity.

Cotton is clearly an intelligent man, but his instincts are highly Trumpian. It's seems likely that he's among the advisers who pushed the president toward decertification of the Iran deal based on no evidence. As CIA director, he would have no compunction about doing whatever is necessary to "find" evidence to achieve his long-cherished goal of a war with Iran. (It wouldn't be the first time the CIA director declared a "slam dunk" in such a situation.)

According to Molly Ball of The Atlantic, Cotton's Harvard thesis reveals his philosophy:

Cotton insists that the Founders were wise not to put too much faith in democracy, because people are inherently selfish, narrow-minded, and impulsive. He defends the idea that the country must be led by a class of intellectually superior officeholders whose ambition sets them above other men. Though Cotton acknowledges that this might seem elitist, he derides the Federalists’ modern critics as mushy-headed and naive.

On the surface, such a belief would seem to be an odd mix with the allegedly populist Donald Trump and his "alt-right" white nationalist allies, but it really isn't. Trump himself is a big believer in eugenics and Steve Bannon is looking for a few good men to lead his army into the big final battle. Tom Cotton may be just the grownup they've been looking for.