Does Tomi Lahren even know why NFL players are taking a knee? Seems not 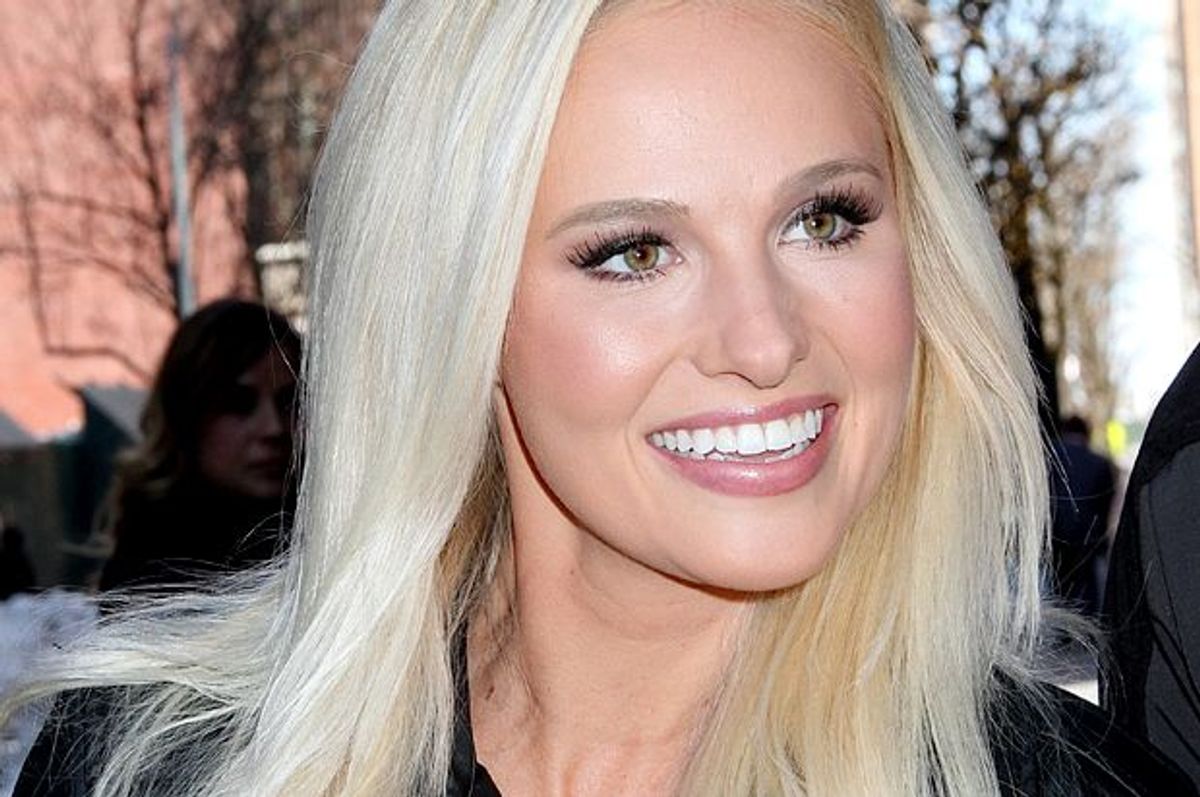 Fox News pundit Tomi Lahren has been on a crusade against quarterback Colin Kaepernick for more than a year now. During that time, it appears she's gotten so darn outraged that she forgot why Kaepernick and other NFL players began kneeling for the pre-game singing of the national anthem in the first place.

"I would like to ask these players: What exactly are you kneeling for?” Lahren asked on "Fox and Friends" Wednesday morning. "And why have you chosen the flag and the anthem to do it?"

.@TomiLahren on NFL anthem protests: “I would like to ask these players: What exactly are you kneeling for?” @foxandfriends pic.twitter.com/SZAiQVcE6l

Had Lahren been paying attention — perhaps by reading or, you know, listening — she might have noticed that there is indeed a legitimate answer to her somewhat leading question just sitting there on her desk.

I think when you get deep down knowing the guys — and I don't want to speak for them, that's their privilege to do that — but just to make America a better place. That's their primary thing. I just see the work that they do behind the scenes with kids, and they just want to make sure that those kids grow up in a great place and make it even better than what we have.

That statement undercuts one of Lahren's recent arguments, too. The "if they care so much, why aren't athletes doing so much in the inner cities?" — a line of faulty logic belied by the fact that many of these players are very much doing excellent work in inner cities and beyond.

Now, Reid is speaking in very general terms above, but he's right. More explicitly, the protests began in order to draw attention to police brutality against black people and overall racial inequality in the criminal-justice system. They have come to represent much more than that as the months have worn on and more players have joined the protests.

If the right-wing media, led by President Donald Trump, had been listening, this wouldn't be so gosh-darn hard for them (or Lahren for that matter), particularly since players have been kneeling for the better part of a year now.

Last year, when Kaepernick's protest took center stage, The New York Times asked why he and then-teammate Eric Reed took a knee during the national anthem. They got real answers from Kaepernick:

"Once again, I’m not anti-American,” Kaepernick said. “I love America. I love people. That’s why I’m doing this. I want to help make America better. I think having these conversations helps everybody have a better understanding of where everybody is coming from.

"Things have happened in Louisiana and the injustices that are happening could have happened to one of my family members,” said Reid, who is from Baton Rouge, La. “It touched close to home and I just wanted to show my support to him and let him know that he is not the only person who feels the way that he feels. There are a lot of people out there that feel that way.”

What began as a gesture to protest police brutality and social injustice had careened into a national debate on everything but that.

In the year since Kaepernick first took a knee, there hasn't been a national debate on police brutality. Instead, there's been a debate on whether any player who protests — called a "son of a bitch" by our president — should be fired. Alas, the surface of the debate has gone in the complete opposite direction from where Kaepernick was hoping it would go.

The way a clutch of Americans, some of them politicians and media personalities, have reacted to them, however, underlines the inequities that still plague this country. Basically, many white people are still not ready to see black people as thoughtful individuals, as humans with rights as full and proud Americans. That is the same spirit which caused the brutality Kaepernick was protesting. Lahren and others are just proving how right he was.

If the best way NFL players can raise awareness that they're tired of the supremacy is by kneeling, they should keep kneeling. Until, that is, people like Lahren can prove they're listening to what they have to say.