Jim Jefferies on Harvey Weinstein: "A sexual predator and a total piece of s**t"

"You don't go to rehab for sexual assault. You go to prison." 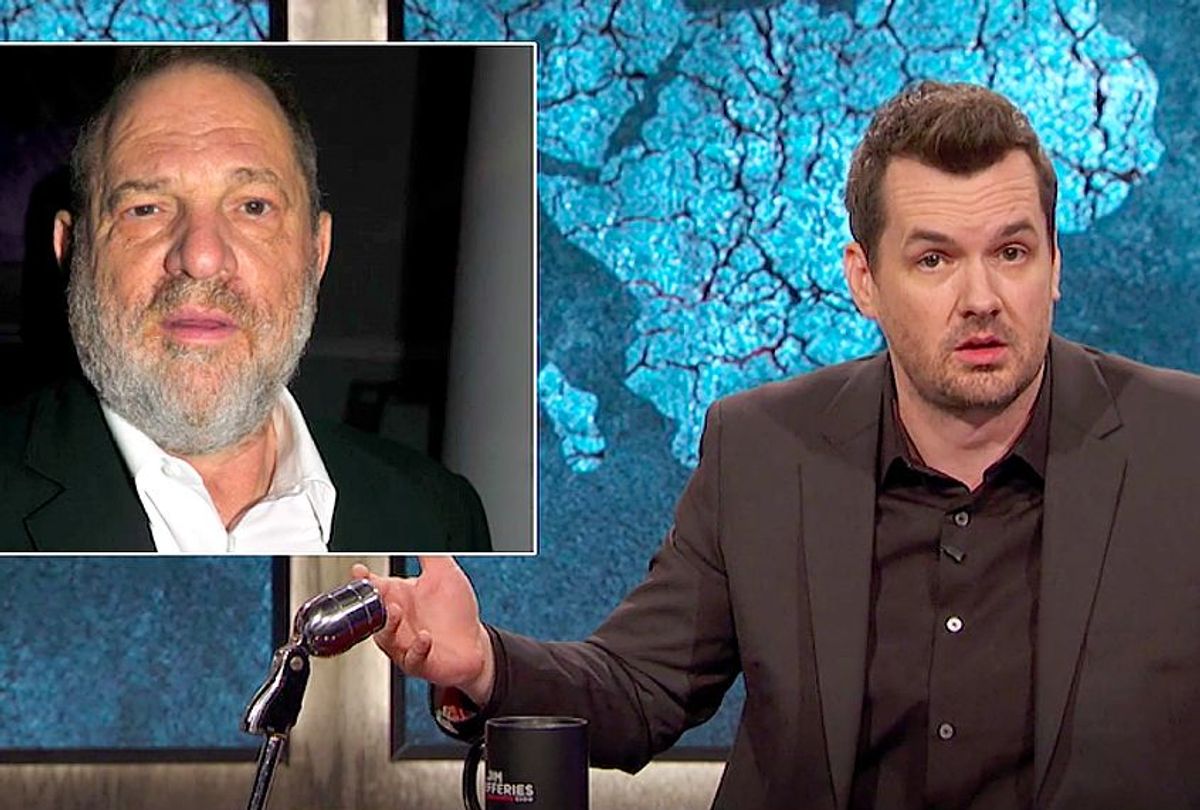 After describing the allegations against Weinstein, including the fact that TMZ reported his contract included a stipulation that he pay women who accused him of sexual harassment or worse, Jefferies condemned Weinstein's decision to respond by going to sex addiction rehab.

"You don't go to rehab for sexual assault. You go to prison," Jefferies said.

He then went on denounce Fox News for hypocrisy, pointing out that the hosts trying to smear Hillary Clinton and the Democrats for their association with Weinstein were ignoring the alleged offenses of Roger Ailes, Bill O'Reilly and Donald Trump.

"My point is that this isn't a partisan issue. This is a human issue," Jefferies said. "I'm not here to tell you that rape is bad. We all know that. Even the rapists know that. That's why they lie about all the raping. What I found most shocking about the whole situation is that it has been a running joke in Hollywood for years."

He added,  "Now I've been known to make the occasional inappropriate or sexist joke. My act is what you call an acquired taste. But I've always believed that my audience understood that those are jokes and don't represent my actual beliefs. Then came the day when a large part of America was willing to write off 'pussy grabbing' as locker room talk and I started to rethink that. And if this latest news has made me realize anything, it is that we as men have been incredibly ignorant about what's happening right underneath our noses."