Bush, of all people, could teach Donald Trump a thing or two about acting presidential 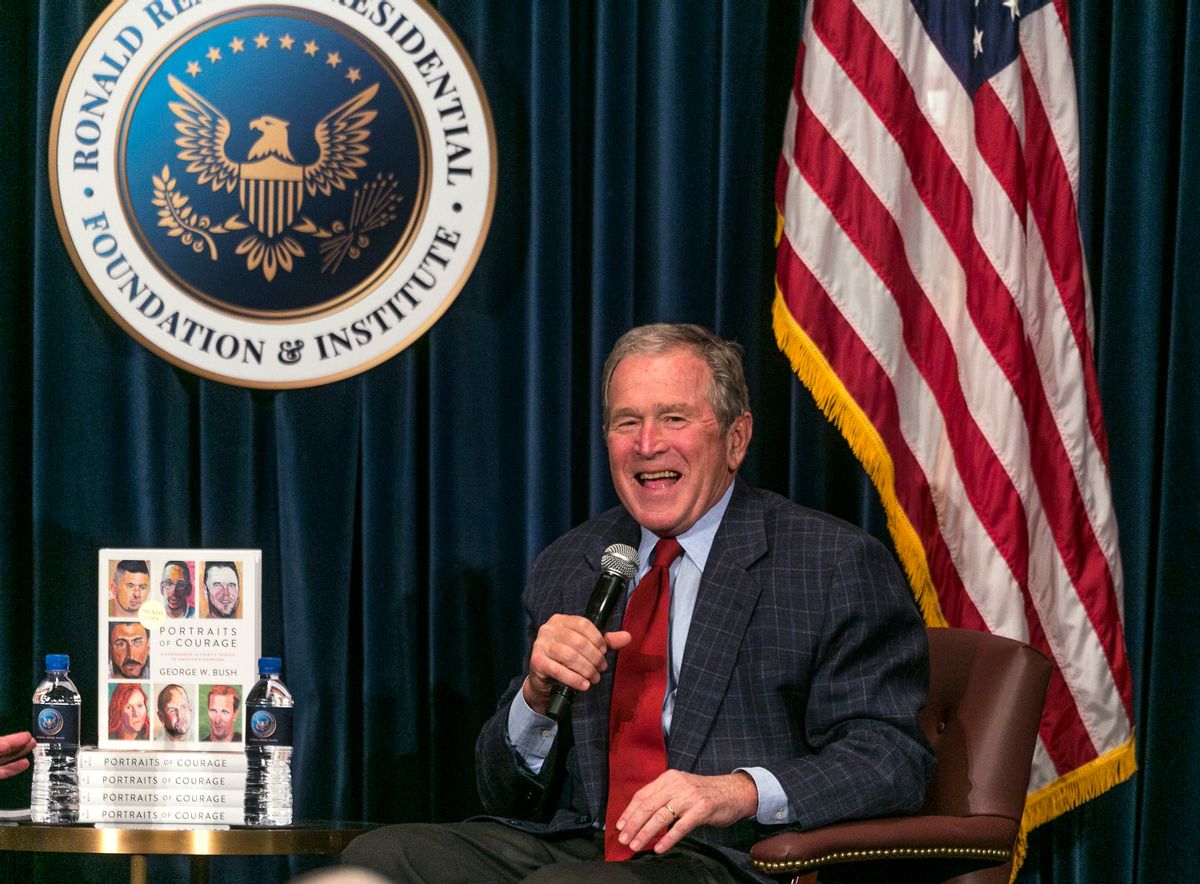 Deep into the first year of Donald Trump’s presidency, his administration faces controversy on all fronts. The political landscape has recoiled from the president's attacks on NFL players protesting injustice by kneeling. It's been shocked by his lack of response on Puerto Rico. And it grimaces as he disregards negative news as “fake news."

Out of this rubble emerged former President George W. Bush, who, in comparison to Trump, sounded downright presidential.

The 43rd president railed against Trumpism, which he painted as divisive for U.S. politics, and called out the hateful rhetoric that was widely seen as a blow to Trump and his supporters. But Bush never called out Trump by name.

At the Time Warner Center for a forum in New York, hosted by the organization that runs the George W. Bush presidential library, Bush also mentioned the potential of Russia's interference in American democracy and says he's watched "nationalism distort into nativism."

“Our identity as a nation, unlike many other nations, is not determined by geography or ethnicity, by soil or blood,” Bush said, denouncing the nationalist fervor of the White House, before launching into an excerpt of Martin Luther King Jr’s “I Have A Dream” speech.

“This means that people of every race, religion, or ethnicity can be fully, and equally American,” Bush added. “It means that bigotry or white supremacy in any form is blasphemy against the American creed.

"Bullying and prejudice in our public life sets a national tone, provides permission for cruelty and bigotry and compromises the moral education of children."

Bush set the current political climate as being in direct conflict with traditional and foundational American democracy.

"When we lose sight of our ideals, it is not democracy that has failed. It is the failure of those charged with protecting and defending democracy," he said, adding: "We need to recall and recover our own identity. Americans have great advantage. To renew our country, we only need to remember our values."

The denunciation by Bush comes on the heels of other Republicans critical of Trump's ideologies. John McCain, a long time vocal opponent of Trump on health care, warned of "half-baked, spurious nationalism" on Tuesday. Former republican presidential candidate Mitt Romney said Trump risked "an unraveling of our national fabric," after Charlottesville.