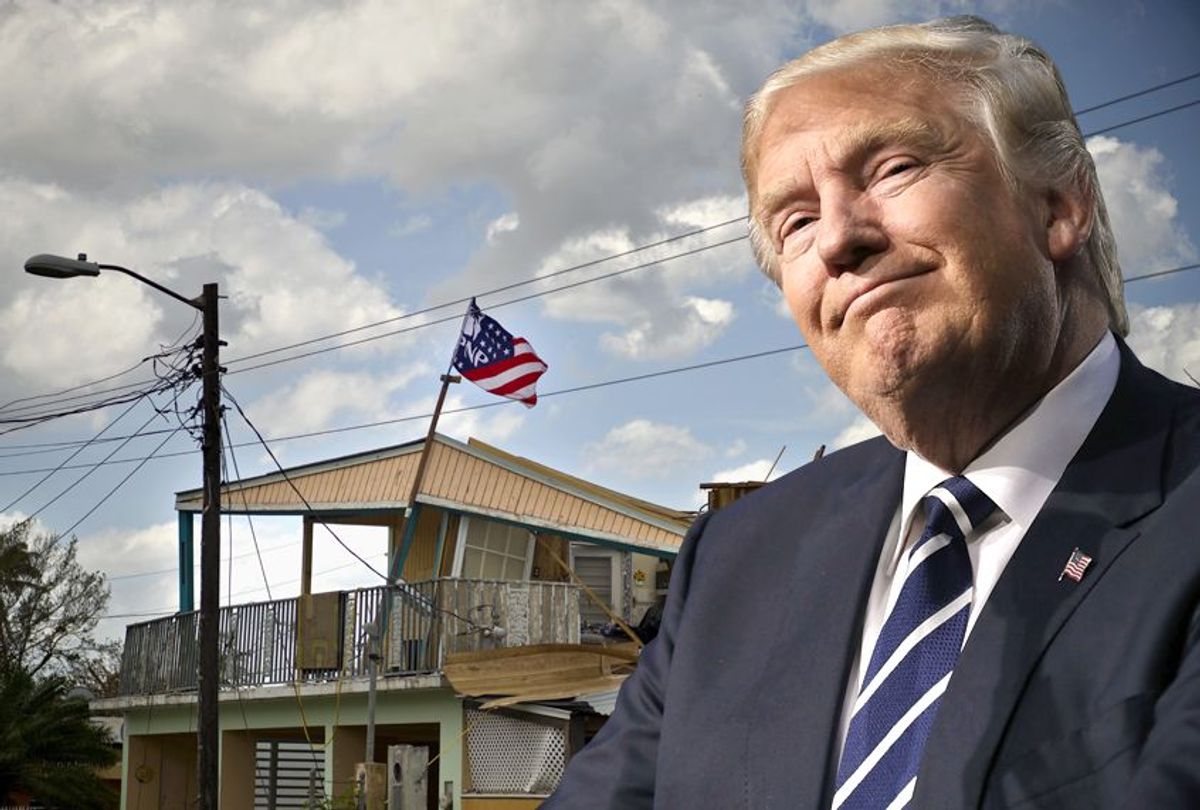 Why is it so hard for Americans and President Donald Trump to treat the crisis in Puerto Rico like a crisis anywhere else in the country?

When I asked history professor José Moya of Barnard College on "Salon Talks" if Trump's lackluster response to Hurricane Maria was attributable to racism, he pointed out that people in the United States often wind up "associating Americans with whiteness and Puerto Ricans with non-whiteness," even though many Puerto Ricans are themselves white.

Moya also noted that because Puerto Ricans are proud of their heritage, it can exacerbate the sense that they're not really "American."

"Puerto Ricans feel American, but also feel Puerto Rican," Moya said. "They have a lot of loyalty to their culture, their island, their language," he continued.

"That as seen as, Therefore, they're not fully Americans."

This fact cannot be stated enough: Puerto Rico is part of the United States. Its citizens are American citizens. And the fact that Trump is treating the devastation on that island as an inconvenience, rather than as his own Hurricane Katrina-level crisis, is troubling on two levels.

The most obvious, and by far the most important, is that it causes millions of people to needlessly suffer. Puerto Rico needs an ambitious program of infrastructure rebuilding, akin to what Franklin Roosevelt implemented throughout the United States during the New Deal, and every moment that doesn't happen is a disgrace.

Just as troubling, however, is the fact that Trump's blasé attitude toward Puerto Rico seems to have not become a major scandal for him.

Hurricane Katrina again comes to mind as a point of comparison: When President George W. Bush failed to adequately respond to that natural disaster, it was a turning point in his presidency, for the worse.

Will the same happen here.