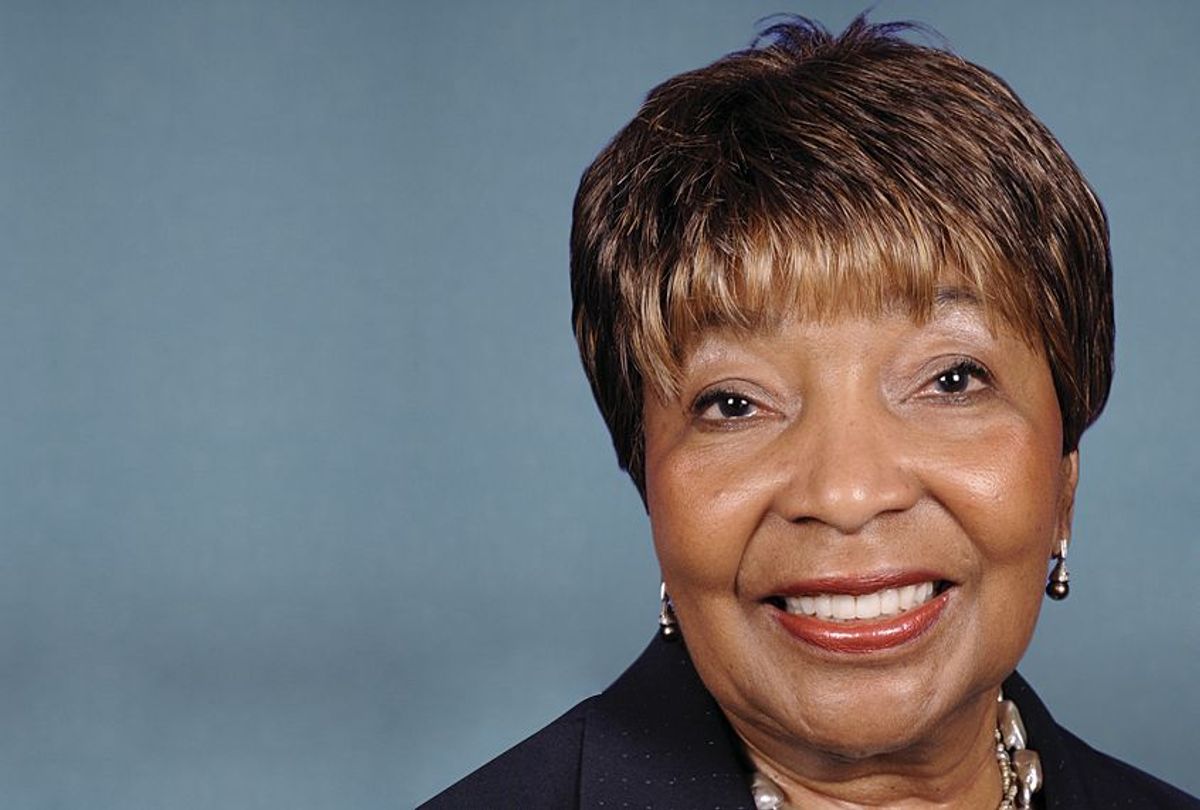 A Democratic congresswoman from Texas is facing intense criticism after making comments about Harvey Weinstein's alleged sexual misconduct that seemed to cast some blame on the victims.

"I grew up in a time when it was as much the woman's responsibility as it was a man's — how you were dressed, what your behavior was," Rep. Eddie Bernice Johnson told an NBC News affiliate in Texas. "I'm from the old school that you can have behaviors that appear to be inviting. It can be interpreted as such. That's the responsibility, I think, of the female. I think that males have a responsibility to be professional themselves."

When asked whether she believed the men who abused their power deserved more scrutiny than women's fashion choices, Johnson insisted that she was simply giving her advice to empower women.

"I think we also need to start talking about the power that women have to control the situation. There's law enforcement, you can refuse to cooperate with that kind of behavior. I think that many times, men get away with this because they are allowed to get away with it by the women," Johnson told NBC News.

After NBC News reported on her comments, Johnson issued a statement to clarify what she meant.

"I do not blame the victims of sexual assault for the actions of their assailants," Johnson said in her statement. "I do acknowledge that my comments regarding behavior and attire come from an old-school perspective that has shaped how some of us understand the issue, but that does not detract from the fact that criminals need to be held accountable for their actions."

Johnson is hardly alone among politicians who have made insensitive comments about victims of sexual misconduct. Republican Indiana State Rep. Jim Lucas got into trouble in June when he wrote a letter to a reporter from the Indianapolis Star who had profiled a rape victim.

"After reading your front page article in the Sunday Star about the tragedy of rape, it would be nice to see a follow up article about the thousands of Hoosier women that are taking steps & learning how not to be a victim," Lucas wrote in his letter.

Most prominent among the GOP politicians with problematic comments about rape? President Donald Trump.

"I would like to think she would find another career or find another company if that was the case," Trump told USA Today columnist Kirsten Powers, when asked what he would want his daughter Ivanka to do if she was sexually harassed at the work place.