Police and prosecutors are joining the fight for a smarter, fairer criminal justice system. There's an obstacle 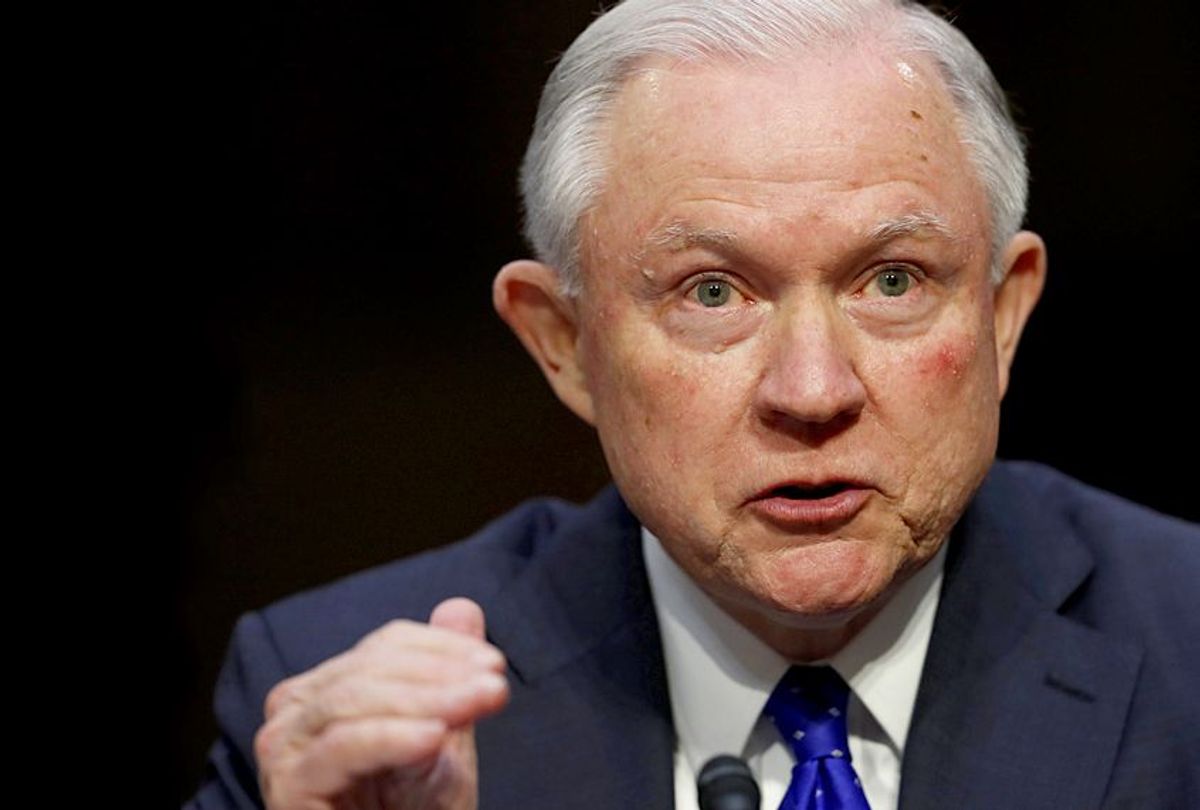 President Donald Trump and Attorney General Jeff Sessions want Americans to believe there is a stark choice between fighting crime and respecting human rights and dignity, especially the human rights and dignity of people of color. Trump has openly endorsed illegal police brutality, telling a group of police officers in July, "Please don't be too nice," and suggesting it was OK to bang suspect's heads against car doors. He also made a big show of pardoning former Sheriff Joe Arpaio of Phoenix, who bragged about turning his prison into a "concentration camp."

But according to a group of law enforcement experts and their bipartisan supporters, the reality is that there's no real conflict between policing a community and respecting the people that live in it. A group called Law Enforcement Leaders to Reduce Crime & Incarceration held a summit Wednesday morning, where a group of leaders and law enforcement officials argued that, in fact, humane policing and reduced incarceration can lead to lower crime rates.

"We do not believe that public safety is served by a return to tactics that are overly punitive without strong purpose," the group explained in a letter sent to Trump and Sessions on the same day as the summit. "From decades of experience on the front lines, we have learned first-hand that these responses are ineffective to reduce crime. We cannot incarcerate our way to safety."

The group's recommendations, taken from a report released earlier this year, address a number of issues that have been raised in recent years by social justice activists, both of the institutional variety at places like the Brennan Center and of the more grassroots variety, such as the Black Lives Matter movement. They recommend shifting focus away from arresting low-level nonviolent offenders, and also recommend sentencing reform and community policing strategies designed to engender trust rather than treating disadvantaged neighborhoods communities like foreign territory under military occupation.

"I am very concerned that these practical approaches that have proven to work and which were growing in acceptance have been abandoned to create a political wedge issue that in the long term makes police officers less safe," Barack Obama's attorney general Eric Holder said in an opening speech that was highly critical of the way Sessions has been running the Department of Justice.

The problem, of course, is that Trump and Sessions aren't actually interested in practical solutions that lead to healthier communities. As I've noted previously, the Trump administration's approach to the crime issue is pure racial demagoguery, where "criminals" are defined by the color of their skin and not their actual behavior — as evidenced by Trump's utter indifference to any illegal shenanigans undertaken by white people. (He's even bragged about his mob ties.) Trump's aware that his voting base largely sees criminal justice as a way to kneecap communities of color and will resist any efforts to end the injustice and racism.

Still, the folks at Law Enforcement Leaders did everything in their power to reframe this as a public safety and common sense issue, rather than a culture war issue. There was little, if any, mention of Black Lives Matters as a movement, though the law enforcement leaders repeatedly mentioned criticism coming from local communities. There was also an aggressive show of bipartisanship, with both Holder and Republican Sen. Thom Tillis of North Carolina offering opening remarks, and another Obama appointee, former Deputy Attorney General Sally Yates, closing the program along with and Rep. Doug Collins, R-Ga.

The letter sent by the Law Enforcement Leaders makes clear that its authors understand Trump's love of flattery. It's top-loaded with phrases about how the members "greatly appreciate your unwavering support for law enforcement" and the way Trump has "consistently supported our mission." Most important, the letter puts people who actually worked in law enforcement, especially police chiefs and prosecutors, at the center of the conversation, which makes it pretty tough for opponents to haul out the "soft on crime" gambit against advocates of criminal justice reform.

The police chiefs of Houston, San Francisco, Detroit and Washington, D.C., were all on the first panel, and all talked about how critical it was to treat people, including people who have committed crimes, as human beings who deserve compassion and understanding. They advocated for more mental services, noting that cops deal with people having mental health crises as much, if not more, than they deal with criminals — and that they are poorly equipped to handle that problem. They also explained that de-emphasizing arrests for low-level crimes frees up resources that can be used to deal with truly dangerous criminals.

Particularly interesting was Washington Police Chief Peter Newsham's story of shutting down his agency's vice squad. Media reports and community complaints had been rising in response to a practice known as "jump-outs," a scarier version of stop-and-frisk, where a group of cops would come out of nowhere and pounce on people — mostly young black men — that they thought looked suspicious. The Metropolitan Police officially denied that such a thing was going on, but disbanded the vice squads anyway. Newsham credited this with improving relations between the police and the communities in D.C.

It's depressing to realize that even the mildest common-sense reform to the criminal justice system of this country will almost certainly be rejected by Trump and Sessions, but the summit did leave some reason for optimism. It's clear that law enforcement officials on the local level are hearing criticisms of how police departments are run, and some are genuinely listening. Grassroots activism and pressure campaigns are not useless just because the White House is run by a man who claims to believe that some white supremacists are "fine people."