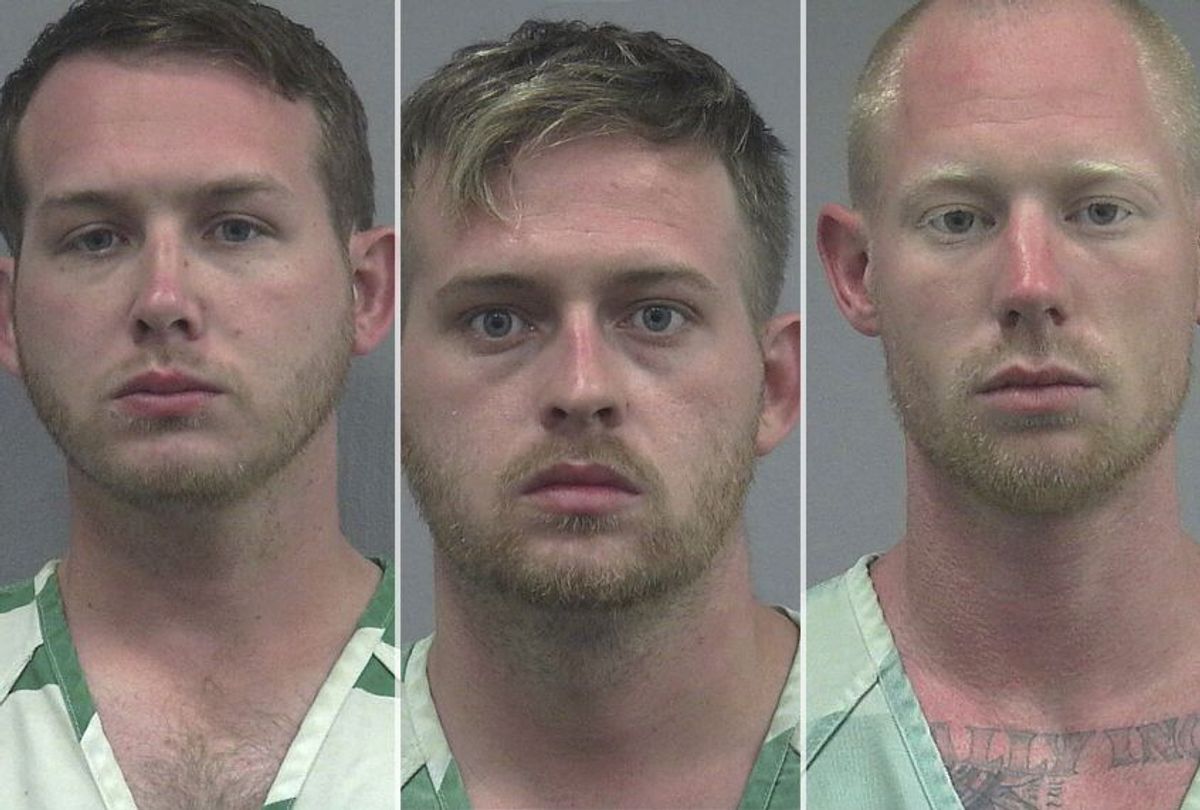 Three supporters of Richard Spencer — the who infamously led a "Sieg heil" for President Donald Trump after he won the 2016 election — have been charged with attempted homicide after they allegedly shot at a group of anti-Spencer protesters.

The incident occurred after Spencer delivered a speech at the University of Florida, Gainesville.

"Shortly before 5:30 p.m., it was reported that a silver Jeep stopped to argue with a group of protesters and began threatening, offering Nazi salutes and shouting chants about Hitler to the group that was near the bus stop," wrote the Gainesville, Florida Police Department in a statement.

The men chanted in support of Adolf Hitler and shouted "Sieg Heil," according to the Gainesville Sun. One of the men got out of the car with a handgun while the others encouraged him to shoot the protesters. He eventually fired a single shot, which missed, before driving away.

The suspects included 30 year old William Fears and 28 year old Colton Fears of Pasadena, Texas, as well as 28 year old Tyler Tenbrink of Richmond, Texas. At least two of the suspects are believed to be connected to extremist groups, the police report noted, while one is a convicted felon who will face additional charges because he possessed a firearm.

"During the altercation, Tenbrink produced a handgun while the Fears brothers encouraged him to shoot at the victims. Tenbrink fired a single shot at the group which thankfully missed the group and struck a nearby building. The suspects then fled in a silver jeep," the statement explained.