Bill Maher: America should "fight back" if Russia keeps attacking

The late-night comedian said he wants the U.S. to retaliate against Russia's alleged election meddling 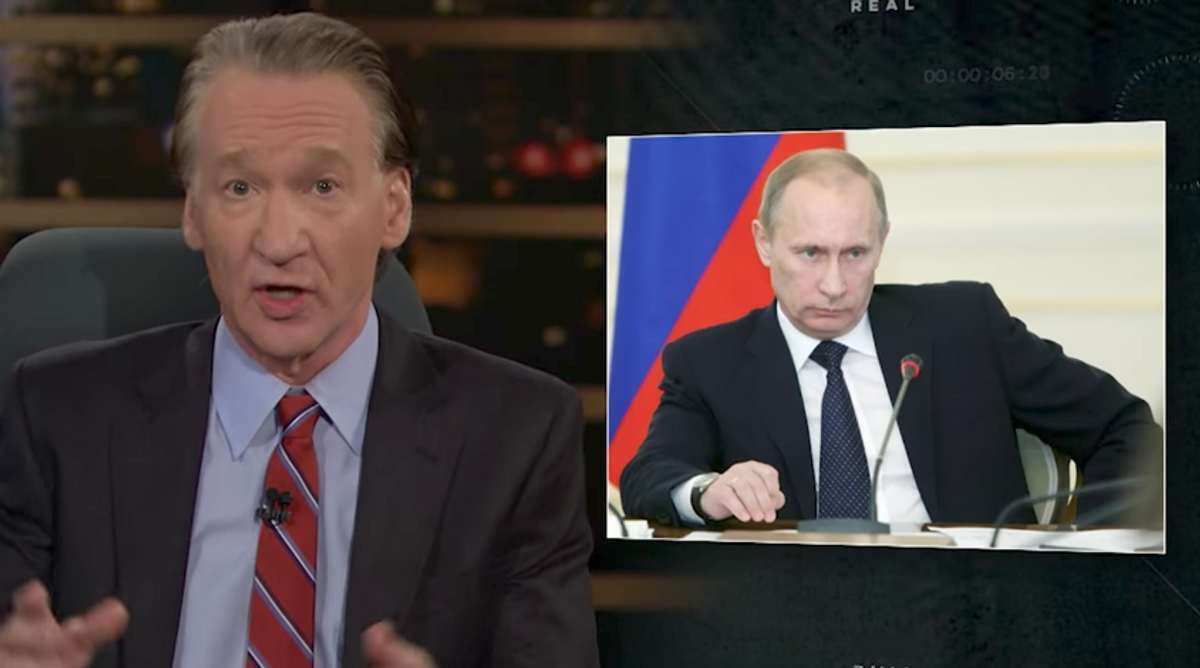 Late-night comedian Bill Maher wants the U.S. to retaliate against Russia in response to the country's alleged interference campaign with the 2016 presidential election.

"If Russia is going to keep attacking America, then America really should fight back," Maher said on Friday night's "Real Time."

"We stopped fighting the Cold War," according to Maher, "but the Russians never did."

Maher then delved into the reports that Russia had purchased ads on Facebook that amplified "divisive social and political messages across the ideological spectrum — touching on topics from LGBT matters to race issues to immigration to gun rights," as Salon previously reported.

Maher said that the ads had reached "10 million American voters by way of Facebook, millions more through Twitter and one guy on Bing."

"Hillary Clinton spent over a billion dollars on the campaign and the Russians beat her with 150 grand because they were able to turn Facebook into 'Fakebook,'" Maher argued. He then suggested a "more apt name" for the social media giant was "Shit Starter."

The Russian meddling, Maher said, was meant to "start shit" and that it wasn't difficult for them to do "since Facebook is the place where thinking went to die."

This week Nikki Haley, the U.S. ambassador to the United Nations, broke with the words of President Donald Trump and said that election meddling was "warfare."

Despite the ongoing investigation into Russia's behavior by special counsel Robert Mueller, the president has repeatedly downplayed any possibility that Russia interfered with the election, denying that his campaign colluded with the foreign adversary in any capacity.