Bring on the "libertarian paternalism" diet

We need to make obesity the new smoking. And we know that Americans won't, or can't, do it on their own 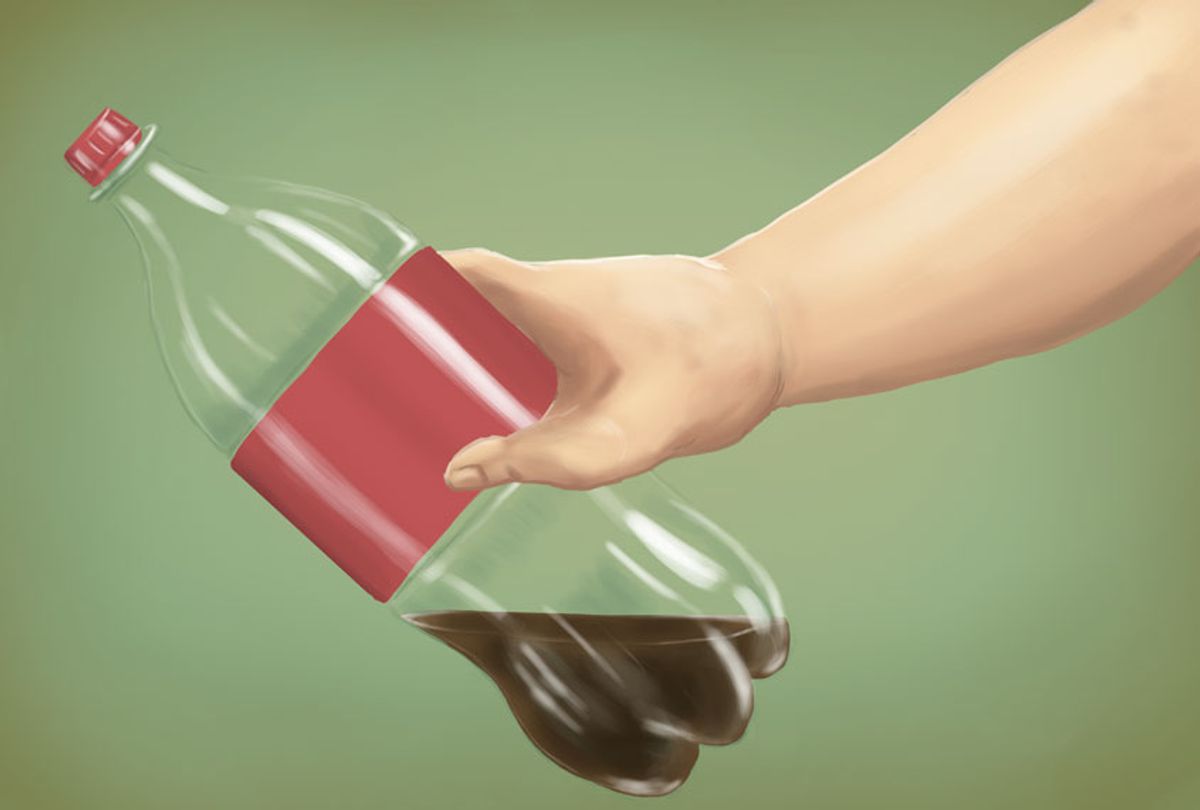 This story has been updated since it was originally published.

I started smoking to impress a girl. She and her friends, all into the amoeba punk rock scene in my suburban hometown, smoked cigarettes in a parking lot across our high school every morning before the first bell. Casually approaching her to ask for a light seemed like the best move, considering that I was as punk as my favorite songwriters, Bruce Springsteen and John Mellencamp.

One of my friends, an aspiring photographer who I met on the high school newspaper, smoked Camels. I asked if I could bum one, and he warned me that I might soon find myself addicted. I was sixteen. I didn’t care. There wasn’t any coughing or vomiting, only enjoyment. It seems that some people are natural smokers.

The plan worked, but only temporarily. It turned out that I had a better relationship with tobacco than I did with the punk rock girl. We dated for two months. I smoked for nine years.

Cigarettes were still a helpful accessory for my generation of men who wanted to look cool and attract girls. We saw ourselves in the tradition of the great smokers — James Dean, Paul Newman, as well as the older, hipper and tougher guys in town.

My 18- and 19-year-old students find smoking repulsive. The massive transformation in personal and social attitudes toward tobacco is largely the result of education and the “evils” of big government. With awareness campaigns in public schools, warning labels, taxes driving up the cost of packs and cartons, and indoor bans against smoking, the nanny state has successfully caused people to quit a lethal habit and prevented many more from ever starting.

In 2002, the year that I had my first cigarette, the smoking rate in the United States was 22.5 percent. It is currently 15 percent, and the Centers for Disease Control predicts that in 2020, it will drop to 12 percent. Over 40 percent of American adults were smokers between the years of 1970 to 1975.

It seems unlikely that candy bars, cans of soda and bags of potato chips will become glamorous, but countless Americans consume awful and poisonous food, apparently, without much concern for the consequences.

Obesity is a contributing cause to five of the ten leading causes of death in the United States. It significantly reduces mobility, enhances pain and lowers quality of life, even for those who do not eventually have to deal with heart disease, stroke, or diabetes. It also amounts to a crushing weight on the American health care system. The estimated annual health care costs of obesity-related illnesses are $190 billion, $14 billion of which is a result of childhood obesity.

Despite the devastation of poor dietary choices and sedentary habits, the American people have proven themselves committed, with indignation and aggression, to the cause of their downfall.

Gore Vidal once said, “I love stupidity. It excites me.” Regular viewers of the world’s greatest reality television program — The United States of America — might remember the episode when conservatives reacted with rage and hostility to Michelle Obama’s campaign to convince public schools to adopt healthy standards for school lunches. Republicans in politics and the media would regularly claim that Mrs. Obama was “taking away our freedom." The Trump administration has already “relaxed” the cafeteria regulations.

In Cook County, Illinois, which includes Chicago, the county board recently passed a “soda tax,” levying an additional charge on all high-sugar beverages in grocery and convenience stores, as well as on drinks containing artificial sweeteners. Opposition to the tax was so swift and severe that the county board, likely for fear of their jobs, unanimously voted to repeal the tax only two months after its implementation.

On the radio and television, I often heard testimonials from angry Chicago residents describing their drive over the border into Indiana to buy cases of Coca-Cola. All politics and economics aside, it never seemed to occur to them to save themselves the time by trying another beverage — perhaps, one without 39 grams of sugar in every 12 ounce can.

Even if they ended poorly, Michelle Obama’s school lunch program and the Cook County soda tax represent the right approach to the governmental intervention now necessary to mitigate the social emergency of obesity.

Since many Americans appear unwilling to reconsider their unhealthy lifestyles, it is time to call the nanny to duty.

Cass Sunstein and Richard Thaler coined a term to capture the best set of policies governments can follow to “nudge,” people, using the title of their book on the subject, into making better choices: “libertarian paternalism.”

The phrase might sound odd and contradictory, but its logic is sound and its record is strong. Adults should have the freedom to make their own choices, even when they are unhealthy, but, in the words of Sunstein and Thaler, “it is legitimate for choice architects to try to influence people’s behavior in order to make their lives longer, healthier, and better.”

Smoking is legal, but someone who is contemplating quitting might feel a nudge in that direction after observing that the cost of a carton has significantly increased, and that his favorite restaurants and bars no longer permit the indoor use of tobacco products.

Taxes on unhealthy food, government-sponsored educational programs, and policies as simple as placing healthy snacks at eye-level in the cafeteria, while making junk food hard to find, can create similar success stories in the struggle of the American diet.

Libertarian paternalism, most significantly, has the likelihood of shifting social norms. Just as it is no longer cool for a teenager to light a cigarette, as I did in my attempt at courtship, it might soon become out of fashion to slug Mountain Dew and eat Twinkies.

Predictable paranoia, roaring with comparisons to Orwell and Huxley, will ensue, but serious people have more pressing matters to consider, such as life and death.