Janice Min: Harvey Weinstein is "emblematic" of much larger issue

Janice Min discussed the "walls of secrecy" surrounding sexual abuse, and that the issue is larger than Weinstein 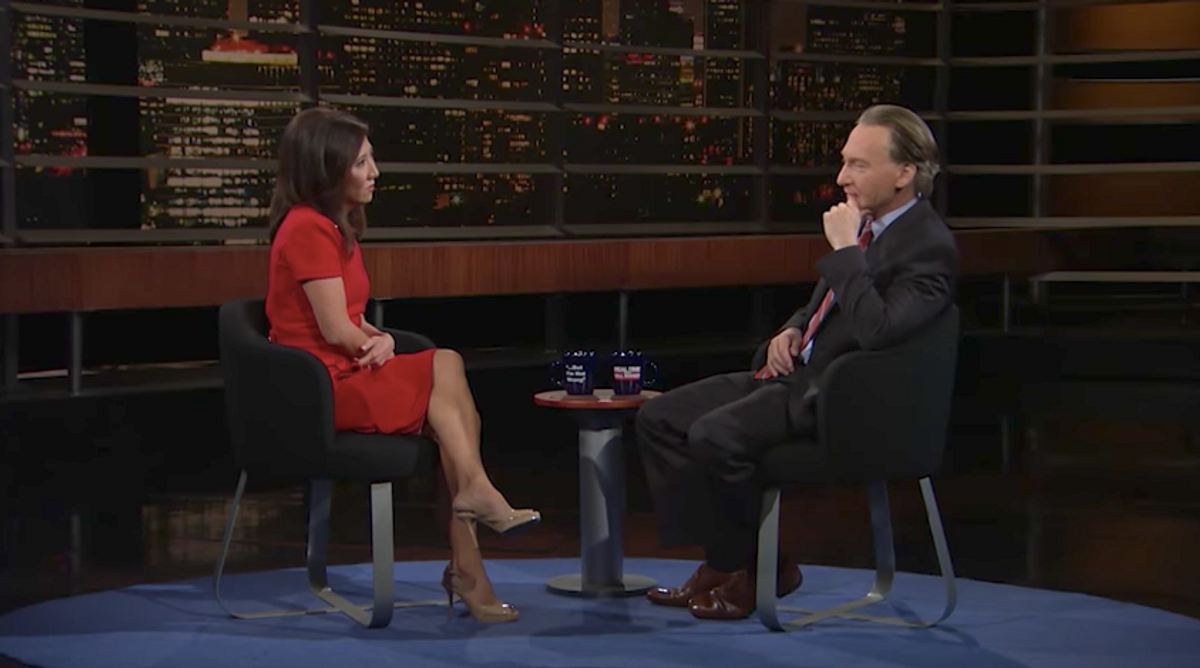 Late-night comedian Bill Maher sat down with Janice Min, the former president and chief creative officer of The Hollywood Reporter, to discuss the recent sexual harassment allegations against Harvey Weinstein, as well as how she believes the revelations are connected to the anger from the election of President Donald Trump.

During his opening monologue on Friday night's "Real Time" Maher blasted the president saying "If you could take a week where it was revealed that Harvey Weinstein sexually assaulted every single female in show business and still be the worse, fat, gross creep, that's pretty good."

Min, who said issues surrounding Weinstein "loomed" over her while at THR, discussed the culture of "secrecy" that surrounds sexual harassment and how so few people speak up when it's needed.

Maher pointed out that sexual harassment isn't a partisan issue between liberals and conservatives and asked Min if she saw a "pattern" in the differences between how the two groups react to it.

"I think the only pattern we see is that — how prevalent it is — and how there are walls of secrecy around these cases of abuse everywhere," Min said. "Whether it's Penn State, whether it's the Catholic Church, whether it's, you know, the White House politics."

She added, "There's always people covering up for them or enabling" their behavior.

Maher bashed conservatives who have used the the allegations of Weinstein's abuse to attack the Democrats and pointed out that Trump also had a history of alleged sexual misconduct.

Min said she had a theory about the Weinstein revelations. The "feeding frenzy" is a display of "sublimated anger against Trump" she noted. Min then cited the one-year anniversary of the release of the Access Hollywood tape recordings and Trump's subsequent electoral victory only a month later.