David Petraeus: "We in uniform protect the rights of others to criticize us frankly" 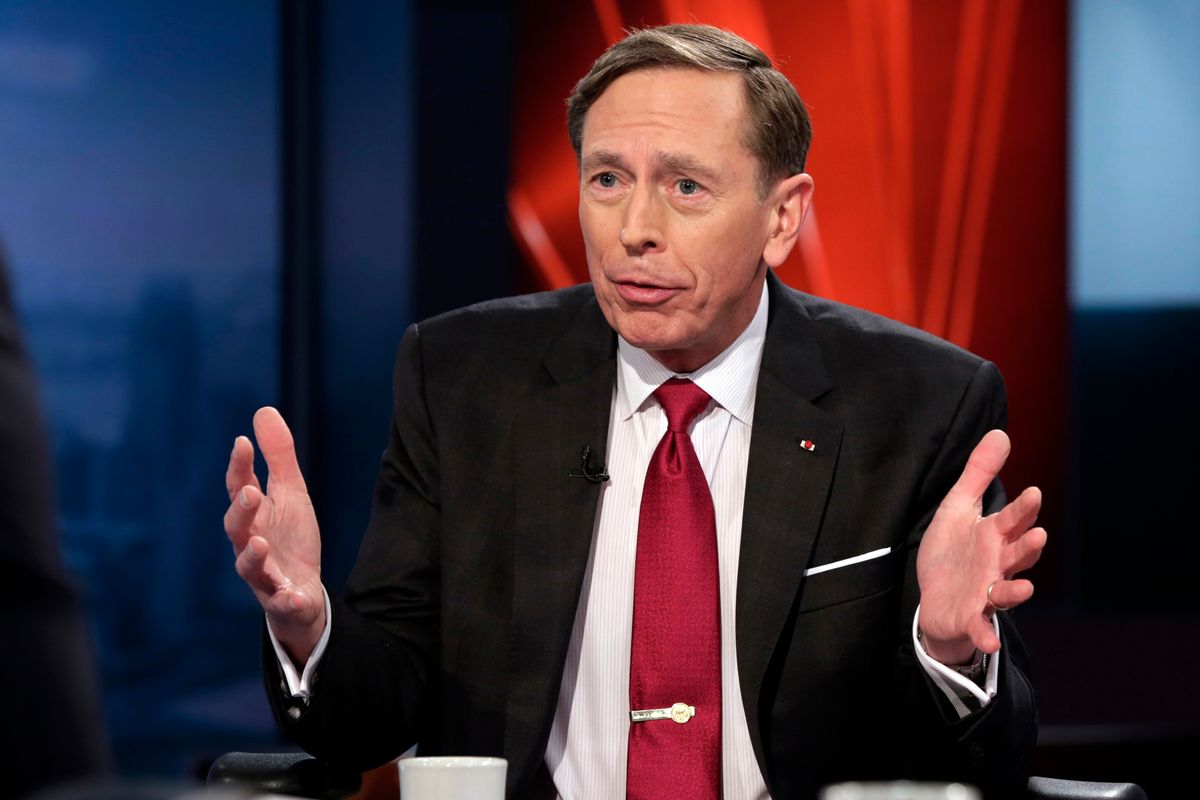 Retired Gen. David Petraeus countered the White House's narrative on Friday that it was "highly inappropriate" to question a four-star general.

Petraeus, who is a close friend of current White House chief of staff John Kelly, told ABC's Martha Raddatz Sunday that all generals are "fair game."

"I think we are all fair game and I certainly experienced lots of that in testimony on Capital Hill during the surge in Iraq and subsequent endeavors in Afghanistan and Central Command," he said. "We in uniform protect the rights of others to criticize us frankly."

“If you want to go after General Kelly, that’s up to you,” Sanders said during her daily press briefing. “I think that if you want to get into a debate with a four-star Marine general that’s highly inappropriate.”

Petraeus, however, said that he had to deal with criticism when he was an army general, and indicated it was just part of the job.

"I remember opening The New York Times ... there was a full page ad attacking me personally. I didn't appreciate it, but at the end of the day we are fiercely protective the rights of our Americans to express themselves, even if that includes criticizing us."

Petraeus on WH's claim that it's "inappropriate" to debate a general: "We in uniform protect the rights of others to criticize us frankly." pic.twitter.com/kt56qkbslV

Petraeus said that he expects Kelly is sitting at home this weekend "trying to figure out how to turn down the volume, how to get this behind us."

After Sanders made her "highly inappropriate" statement Friday, she issued a another seeking to clarify her remarks.

“Of course everyone can be questioned,” she said, “but after witnessing General Kelly’s heartfelt and somber account, we should all be able to agree that impugning his credibility on how to best honor fallen heroes is not appropriate.”