Is it the beginning or the end for Snapchat when the Duplass brothers start telling stories on the millennial app? 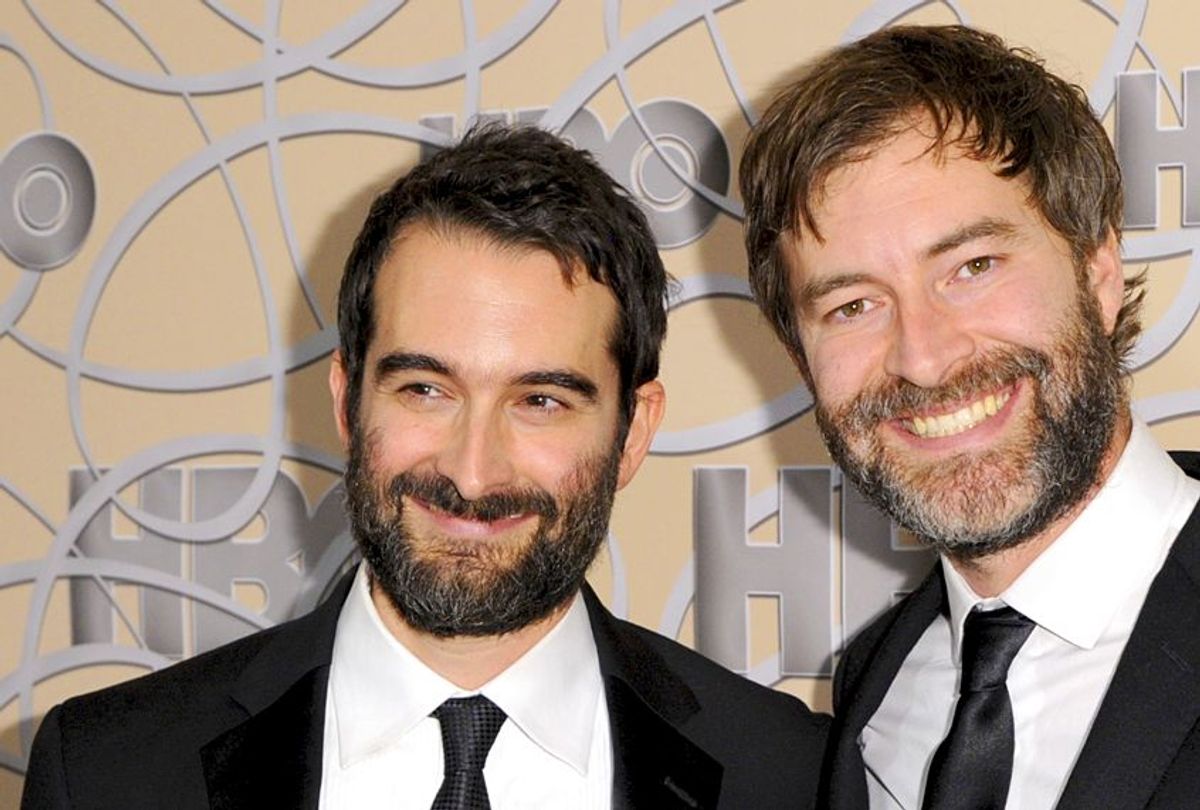 Sometimes disruption just isn’t as riveting as the prospect of being a dancing hot dog for Halloween. This was one of those weeks. Snap Inc., the parent company of what was once everyone’s favorite nudie-sharing app (it’s currently TrickPicks, get with it), announced that it and NBCUniversal would together form a production studio that would produce scripted shows for Snapchat. It’s part of a continued bet on mobile as a new medium, according to Sean Mills, Snap’s head of content. But the development was overshadowed across much of the internet by news that Snap was bringing the dancing hot dog augmented reality icon to reality by selling dancing hot dog costumes on Amazon (only $79.99!).

Granted, this is not the first scripted deal that Snap has inked. In March, NBCU invested $500 million in Snap. That same month, MGM agreed to produce original short-form video for Snapchat. In June, Snap and Time Warner agreed to a $100 million deal whereby Time Warner would produce up to 10 original shows for Snapchat per year for two years. And Snap also has deals in place with ABC, ESPN, the NFL, Turner, the BBC, Vice Media, A+E Networks, Discovery Communications and other media companies.

What was significant about this week’s Snap announcement is that the company indicated where its content is headed. The joint venture studio will work with select creative partners to develop shows, and the first talent deal they signed was with the indie filmmakers Mark and Jay Duplass.

The introduction of shows created by the Duplass brothers would be a marked departure from the content Snapchat is currently hosting. Most of the shows on the app are made by media companies and resemble tabloids; it’s a lot of sensational content in a breezy tone (“Gold flecked avocados are a thing now,” from Vice; “This Fad Is Turning People Blue,” from Wired) with rudimentary sound effects.

So how will the Duplasses fit into Snapchat?

Mark Duplass told Variety that he and his brother have about a half-dozen concepts for scripted and unscripted shows across various genres. He said that they’re thinking about the shows, which are being conceived as 8 to 10 minutes long, with Snapchat’s millennial user base in mind. But catering to millennials doesn’t mean dumbing things down. “There’s just too much shit [on mobile platforms],” he said. “If we’re going to do something, I hope it’s additive — and it’s something people will come to watch.”

The Duplass brothers’ attitude toward the platform bodes well for the future of creative storytelling on the app. As does the way Mark Duplass describes the creative freedom provided by the Snap-NBCU studio. “They let us know in no uncertain terms, ‘You go be you,'” Duplass said in the same interview.

Professional content creation on Snapchat is still in its infancy. The first original show from the Duplass brothers won’t come until next year. It’s in this period, before old ideas become entrenched and money dictates content, in which there is the potential for medium-bending experimentation. Might the app, with its user controls (tapping next, swiping down), be a place where multimedia storytelling thrives? Or where choose-your-own adventure catches on? From a creative standpoint, filmmakers will have to contend with a vertical frame. What does that mean for how they tell stories? And if these shows disappear, as is Snapchat’s trademark, might the app create a new sort of communal viewing experience?

These are all exciting questions to consider, and it will be equally exciting to watch filmmakers as inventive as the Duplass brothers wrestle with them. And yet, more often than not the next big thing in storytelling goes bust. Watching movies, and then television, in 3-D was exciting for a few years, but its novelty wore off and the glasses never became natural to wear. Vine, another short-form mobile video service, was discontinued late last year because Twitter had trouble monetizing it. Snap’s latest moves seem smart and ambitious and their joint investment in talent with NBCU seems like it will be a boon to creative storytelling. But Snapchat users may ultimately just want to insert dancing hot dogs into their augmented reality.