Why being a good businessman doesn't make for a good president, and ultimately failed President Herbert Hoover 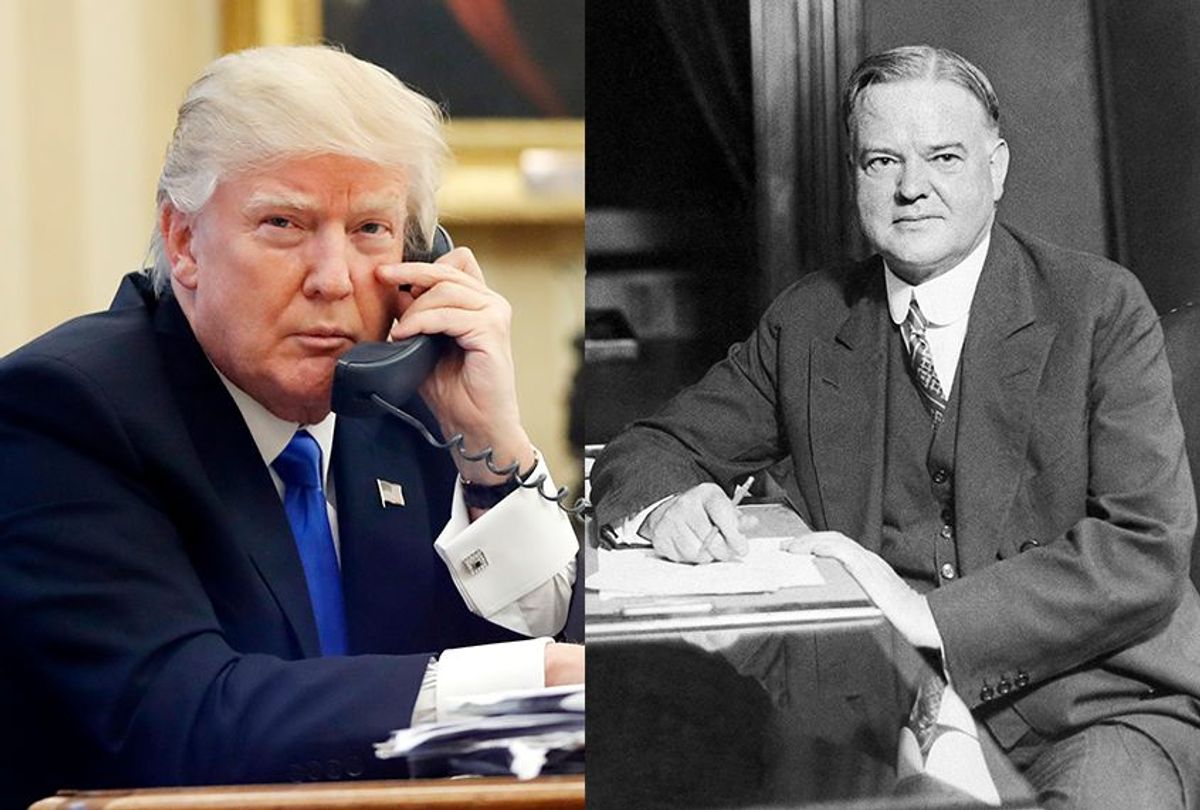 As I told Kenneth Whyte at the beginning of our interview on "Salon Talks," his new biography "Hoover: An Extraordinary Life in Extraordinary Times," is a "damn good book" (pun very much intended).

It is also, in the era of President Donald Trump, a very important book.

Considering that Herbert Hoover is the only other tycoon president besides Trump himself, the contrast between their two backgrounds and characters is nothing short of remarkable. Hoover was born into abject poverty (his parents died when he was 9) and he earned every cent because he worked hard and possessed a remarkable intellect.

Trump, by contrast, was born into wealth and considered starting his business career with $1 million from his father to be a "small loan."

Also like Trump, Hoover faltered as president because his business background did not translate into a capacity for effective governmental action. Both men struggled to pass bills in Congress, having grown used to simply issuing orders and having them immediately followed.

Both also surrounded themselves with other businessmen, which made them vulnerable to accusations that they were out of touch with ordinary Americans.

Like Trump, Hoover struggled with being immensely unpopular. When he was first elected in 1928, Hoover won by a landslide, 58 percent to 41 percent for his Democratic rival, Governor Alfred Smith of New York (unlike Trump, who didn't even win the popular vote in 2016).

By 1932, however, those numbers are almost reversed, with Hoover netting a mere 40 percent of the popular vote to 57 percent for Franklin Roosevelt. The reason was simple: Despite Hoover's attempts to effectively pull America out of the Great Depression, he lacked both the political skills and policymaking creativity that the country needed. These were qualities that FDR possessed an ample supply.

Yet even here it wouldn't be fair to entirely dismiss Hoover's presidency.

"If you believe that FDR did some good in fighting the Depression, you have to give some of the credit to Hoover, because Hoover basically built the foundation of the New Deal," Whyte explained during our interview. "You don't get from the austerities of the Coolidge years to the interventionisms of the FDR years without having Hoover in between."