One PSA proves that, when it comes to bullying, the first lady has a lot to learn from the home of the Whopper 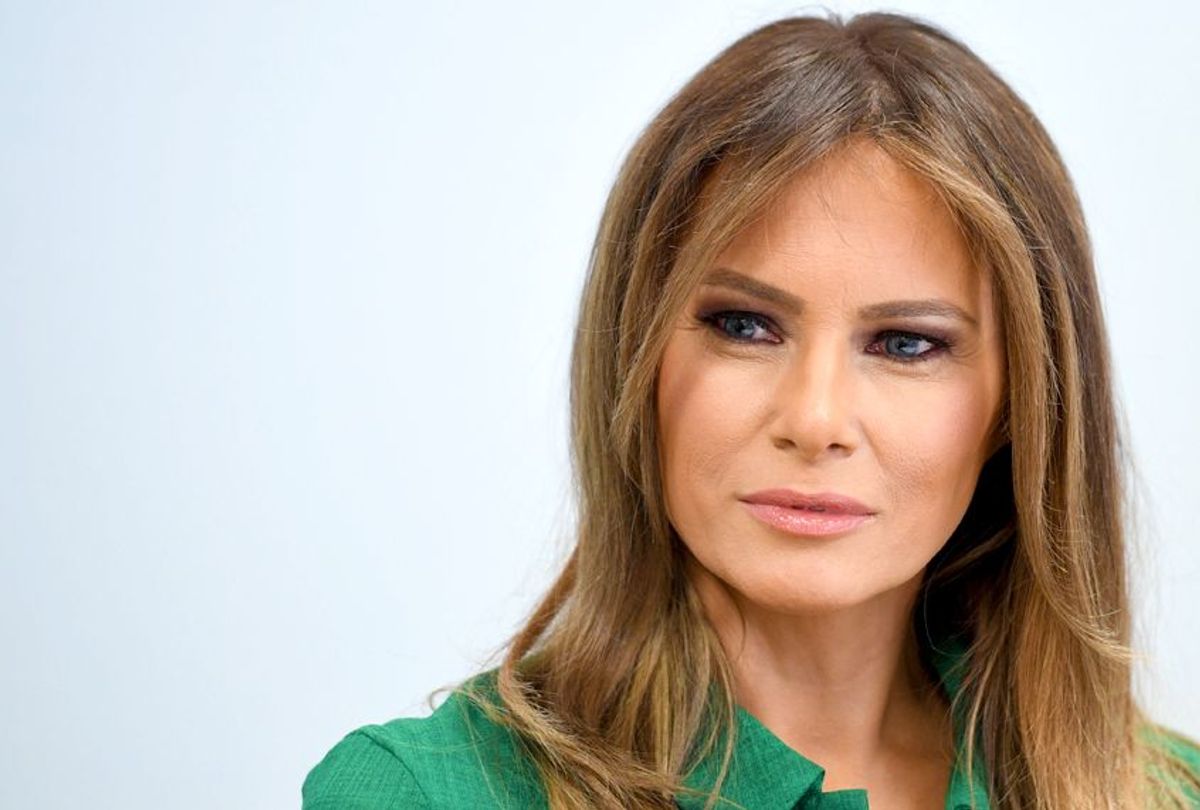 First Lady Melania Trump is making a trip to a Michigan middle school today in order to address childhood bullying, something she has promised to fight against. This, despite her husband’s uncurbed habit of name-calling and Twitter-bashing.

Still, spokeswoman Stephanie Grisham told CNN that “Mrs. Trump is independent and acts independently from her husband." This, goes the logic, means that her actions against bullying are not an ironic response to her husband’s childish behavior. "Her only focus is to effect change within our next generation," Grisham said.

Though Mrs. Trump made her interest in fronting an anti-bullying campaign clear even before President Donald Trump won the 2016 election, she was slow to act on it. In the 11 months since he was voted into office, she hadn't done much notable, concrete work for the cause until she made her anti-cyberbullying speech at the United Nations just last month, Vanity Fair reports. And besides, a speech from a barely there first lady doesn't accomplish much anyway, particularly when her husband's Twitter addiction is makes it difficult for people to take her anti-bullying campaign seriously.

In just the past few days, President Trump has attacked several of his perceived enemies on Twitter; he referred to Florida Rep. Federica Wilson as “Wacky Congresswoman Wilson,” continued to harp on “Crooked Hillary” and bashed the NFL for not requiring players to stand for the national anthem. Today, he's indirectly called the widow of a fallen solider a liar. All in all, it's not very on brand when you're fighting bullying.

With politicians failing to set example, America has turned its attention to something it can always rely on: fast food. On October 17, Burger King released a PSA encouraging viewers to stand up to bullying, albeit in a decidedly weird way. Trigger warning for those who love hamburgers.

“We bullied a High School Jr. and a Whopper Jr.® to see which one received more complaints,” read the PSA. The fast food chain conducted a social experiment in which a group of young actors staged a scene with a few boys ganging up on a smaller boy, pushing him around and pouring his drink over his meal. The majority of the customers who witnessed the scene watched and did nothing.

Meanwhile, employees in the back were punching Whopper Jr.s and serving the smashed, “bullied” burgers to customers — 95% of whom complained. A mere 12% of the customers stood up for the actual boy being bullied.

The PSA ends with the phrase “No Jr. deserves to be bullied” and a plea to “Help stop bullying at nobully.org.”

The ad is admittedly limited — it doesn’t address the fact that bullying is a complex issue that involves more than just blatant name-calling, pushing and shoving. Moreover, while intervening when you see bullying helps, that is only the first step in addressing the problem, not the solution. Also, comparing a bullied child to a smashed burger is kind of . . . well . . . dumb.

Yet, we should consider that this is coming from a fast food chain, a source from whom one should perhaps not expect nuance or fully realized moral guidance. As well, oddly enough, the PSA does get a strong message across: If people cared about children’s well-being as much as they cared about the well-being of their burgers, kids would have a much easier time.

Yes, it seems pathetic that one have would have to simplify an issue so much in order to get it across to people that the treatment of children is more important than that of, say, fast food. Yet, as the PSA showed, most people really did care more about their burger. That's where we're at.

If this is where we are as a country, Melania Trump certainly has her work cut out for her. Alas, she's barely even stepped up to the plate. Even with her position, her pulpit and her resources she's been utterly outclassed by a purveyor of Chicken Fries and a milkshake with Froot Loops in it.

It would be welcome if the first lady would tear a page out of Burger King’s book, but it certainly won’t help her case if her husband, our Bully-in-Chief, keeps rage tweeting at war widows.