The trailer for Daniel Day-Lewis' last film, "Phantom Thread," is almost too gorgeous

Out on Christmas, the Paul Thomas Anderson project will feature the actor's last work before retirement 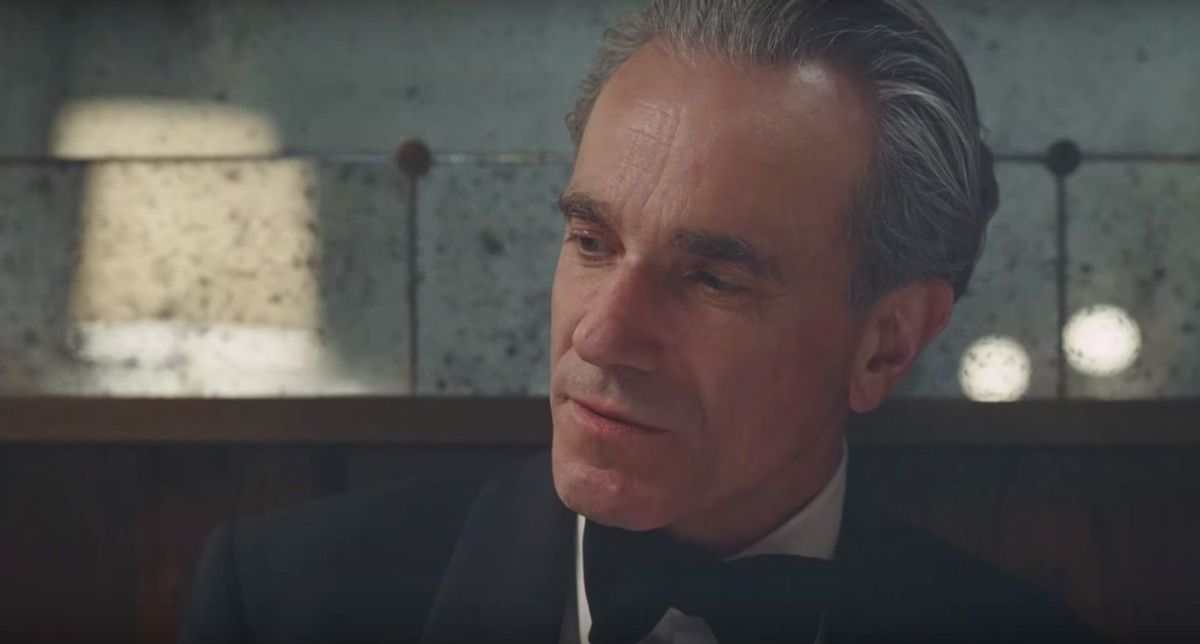 In June, the inestimable, fiercely independent actor Daniel Day-Lewis announced that he would be retiring from the profession that brought him international acclaim and umpteen awards.

In some ways, it was a shock. He remains near the peak of his abilities and esteem. In other ways, it was not. Day-Lewis has always decidedly marched to the beat of his own drum and dropped out of acting to pursue cobbling and other out-of-the-spotlight endeavors before. It was, in a sense, an appropriate end to a career that often defied easy categorization.

Monday morning, the world got its first true look at the project that, so he claims, will mark his last onscreen appearance, director Paul Thomas Anderson's "Phantom Thread," due out this Christmas.

Initially, details about the tone and subject matter of "Phantom Thread," the second collaboration between Anderson and Day-Lewis after 2007's scorching "There Will Be Blood," were somewhat under wraps as is both their wonts. Through the trailer below, it becomes more crystal clear that "Phantom Thread" isn't just the tale of obsession that is advertised or expected, but is somewhat of a troubled romance story.

Below, we get the first look at Day-Lewis' Reynolds Woodcock, a peculiarly named, peculiarly obsessive post-World War II fashion designer working in the couture houses of Europe. We already knew this was coming.

What is new is the apparently central role of Alma, the object of Woodcock's eye, played by Vicky Krieps. Krieps, 24, and a native of Luxembourg, is somewhat of an unknown factor here. While far from a rookie in front of the camera, only more intrepid U.S. movie goers would have seen fleeting glimpses of her in "Hanna," "Colonia" and the criminally under-watched "A Most Wanted Man," the 2014 film that featured Philip Seymour Hoffman's last major performance.

The understated yet ominous tone of the trailer also might come as somewhat of a surprise to any viewers who were anticipating a more colorful journey through the fashion world of the 1950s. Yes, the luxury and glamor are there (brought to life by Anderson's lush but clear-eyed cinematography). But this is no frilly romp by all appearances and, at first blush, seems to avoid the sharp, fierce, dramatic spin of "There Will Be Blood" — though the dread of that movie (which won Day-Lewis the Oscar) is there. Imagine Anderson's "The Master" coupled with Dame Daphne du Maurier's novel "Rebecca" set in the world Anthony Minghella created for Patricia Highsmith's "The Talented Mr. Ripley" and you're on track.

With actors Lesley Manville and Camilla Rutherford filling out the top of the talented, yet star-free cast, and Radiohead's Johnny Greenwood offering up the score, "Phantom Thread" arrives in theaters Dec. 25.

See the full trailer below: