In a time of exposés and continued questions about the director's behavior, it's breathtaking 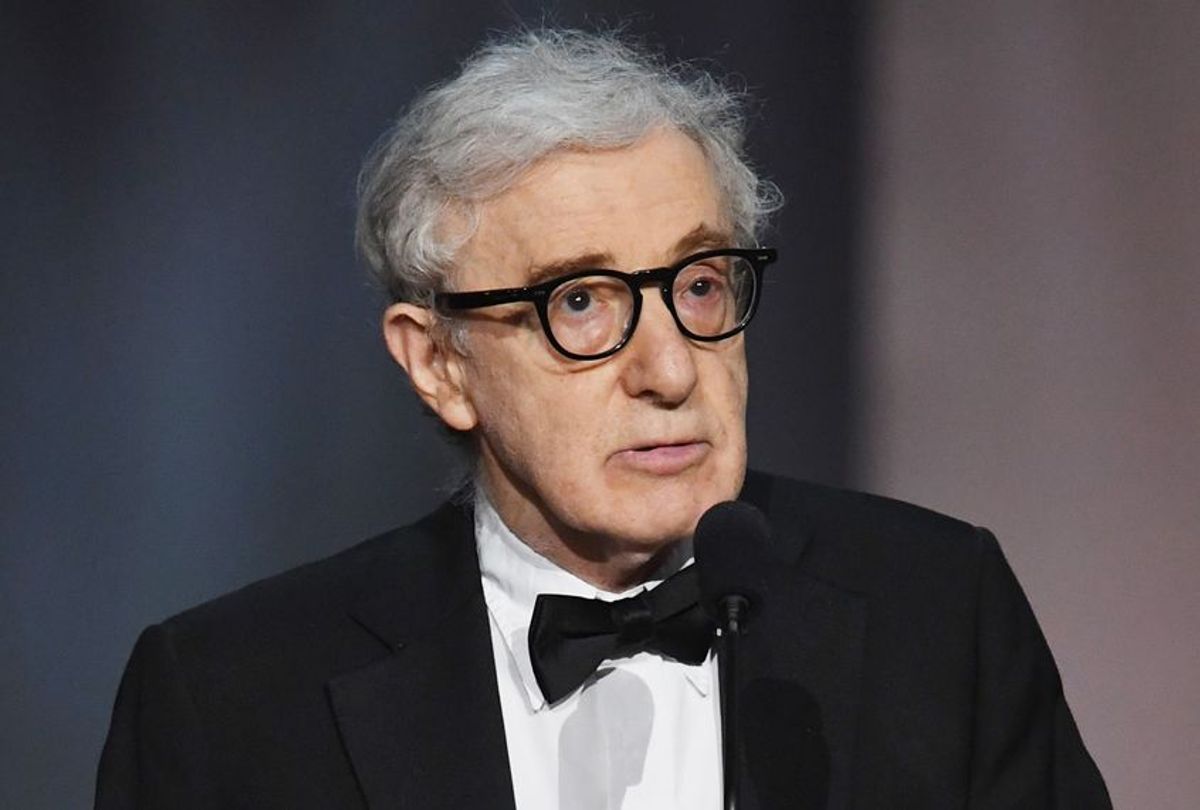 Update: This post has been edited to reflect the fact that the New York Post, the original source for this story, has since amended its article on the subject. It appears that the character played by Elle Fanning mentioned below is 21, not 15 as previously stated.

Woody Allen has been at the center of moral controversy for quite some time, though his position as a prominent Hollywood director has largely shielded him from the consequences of sexual abuse allegations.

His latest project eerily draws on the theme of inappropriate sexual relationships; a currently unnamed film he is working on in New York casts 44-year-old Jude Law as a character who has sexual relations with a 21-year-old “concubine,” according to Page Six. The 21-year-old is played by Elle Fanning, whose actual age is 19.

In scenes just filmed, a character played by Rebecca Hall accuses 44-year-old actor Jude Law’s character of having sex with a 15-year-old “concubine.” In the scene, the so-called concubine — played by Elle Fanning (19 in real life) — acknowledges her relationship with Law’s much-older character, but then protests that she is 21 years old. After a discussion about his infidelity, Fanning’s character then asks Law, “Were all these women for pleasure, or were you researching a project?”

Given the recent exposés of Harvey Weinstein’s decades of sexual assault in Hollywood and the number of women coming forward to tell their stories and stand up for survivors, the directorial decision seems likely to draw backlash. Of course, Allen himself is not without his own questionable history.

In 2014, Allen's adopted daughter Dylan Farrow penned an open letter to The New York Times detailing the hardship she claims she endured from being molested by Allen as a child.

“For so long, Woody Allen’s acceptance silenced me,” she wrote. “It felt like a personal rebuke, like the awards and accolades were a way to tell me to shut up and go away. But the survivors of sexual abuse who have reached out to me — to support me and to share their fears of coming forward, of being called a liar, of being told their memories aren’t their memories — have given me a reason to not be silent, if only so others know that they don’t have to be silent either.”

But actors who work with Allen, who has consistently denied the accusations and was never prosecuted in connection to them, have come to his defense. Kate Winslet, who worked with Allen on his upcoming film “Wonder Wheel” said that “of course one thinks about it” but “having thought it all through, you put it to one side and just work with the person,” reported The Huffington Post.

Other nominally feminist, aware women who have worked with Allen in recent years include Blake Lively, Kristen Stewart, Cate Blanchett and Miley Cyrus. Some of them have defended the director despite his controversial past, according to two other Huffington Post pieces. Those who do, seem to suggest that it's best to just disregard the accusations against him, the other women he may have hurt and hope that none of it is actually real. Others simply don't address the issue at all.

Allen was formerly partnered with actress Mia Farrow, but that relationship ended when Farrow found out about Allen’s affair with her adopted daughter, Soon-Yi Previn, whom he is estimated to be 34 years older than. Previn and Allen married in 1997. It is likely their secret relationship began when Previn was either 18 or 19 and Allen was in his early 50s.

According to Vanity Fair, Allen has oddly described himself as being a sort of father figure in their relationship, saying “She deferred to me, and I was happy to give her an enormous amount of decision-making just as a gift and let her take charge of so many things. She flourished.”

But Allen’s affair with and subsequent marriage to Previn has not been the only instance of his infatuation with younger women; he has made a habit of casting himself as the love interest of much younger actresses, reports Indie Wire, citing his 30-plus-year age differences with Helena Bonham Carter, Mira Sorvino and Juliette Lewis.

As well, this is not the first time we've seen such a pairing of a teenager and a middle-aged man in an Allen film. The director cast Mariel Hemingway as one of his love interests in his 1979 film "Manhattan." Both the actor and the character she played were 17 while Allen was 43. Hemingway would later allege that the director attempted to seduce her two years after the filming.

In an upcoming film by Louis C.K. entitled “I Love You, Daddy,” an older male character’s interest in a teenage girl seems to draw parallels to Woody Allen. Louis C.K., though, also has had allegations of sexual assault made against him, reports The New York Times.

In the trailer for the film, a woman says, “I mean, everybody’s a pervert. I’m a pervert. We’re all perverts. Who cares?”

That seems to be the running theme in Hollywood — not just in films, but in the real lives of many powerful men whose fame continues to allow them to brush their alleged misconduct under the rug.