Remember when Carson's manager said the former neurosurgeon wasn't qualified to work for the Trump administration? 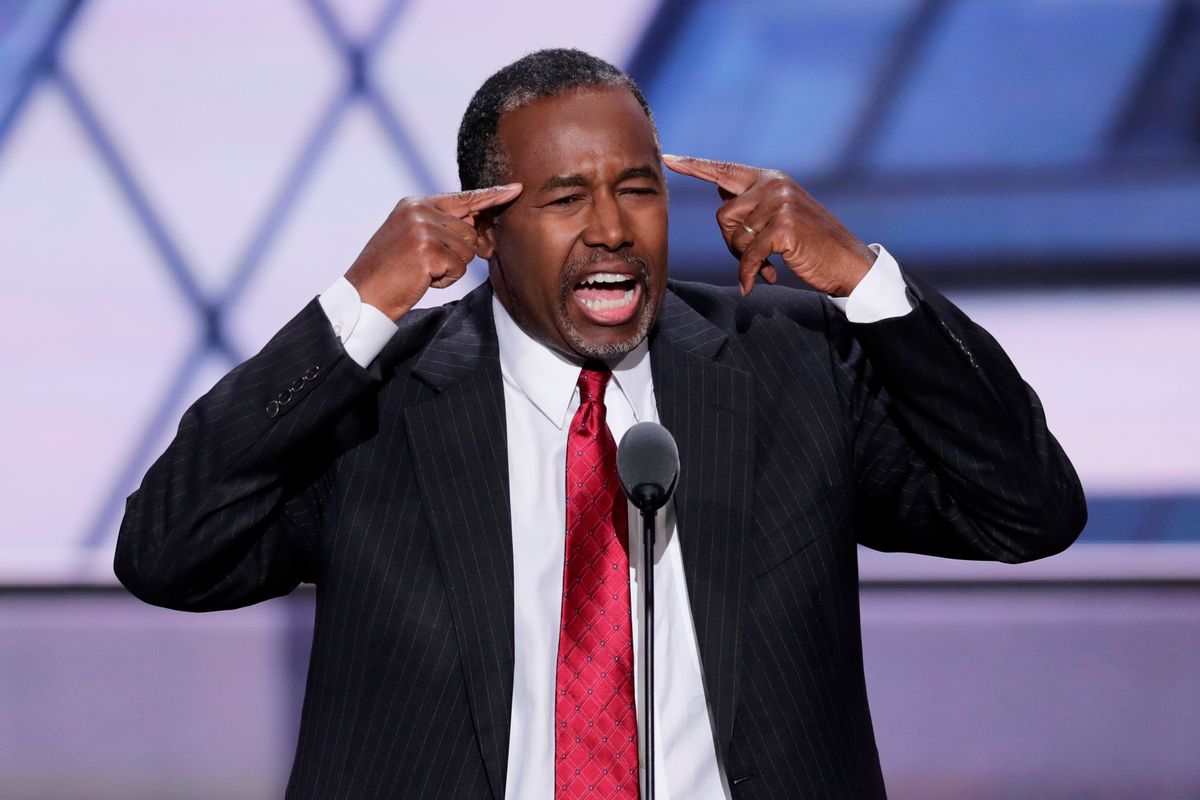 Housing and Urban Development Secretary Ben Carson slammed the critics who questioned his qualifications to lead the department, calling them "stupid" on Wednesday.

Carson, who is a former neurosurgeon and former presidential candidate, despite not having had any government experience, said "people are so stupid," at an event for The Hill on Wednesday morning.

"I liken it to the CEO of a large medical center," Carson explained. "Now, I guarantee the CEO of Massachusetts General, or Johns Hopkins, or the Mayo Clinic or Children’s National, they probably don’t know about infectious disease, or neurosurgery, or anesthesia or pathology."

He continued, "But they have a lot of people who do know a lot about those things. And by coordinating and creating a vision and creating an atmosphere where the synergies work, they create a very successful organization."

So, even Carson sort of admit that while he may not know much about developing and implementing housing policy, he's at least surrounded by a bunch of people who do.

But Carson, who often looked as if he was dozing off during presidential debates, may have forgotten what his business manager and longtime friend said about him less than a week after President Donald Trump won the election.

"Dr. Carson was never offered a specific position, but everything was open to him," Armstrong Williams told The Hill. "Dr. Carson feels he has no government experience, he's never run a federal agency. The last thing he would want to do was take a position that could cripple the presidency."

Wednesday's event was centered on the future of housing, specifically, the need for housing in areas of Texas, Florida and Puerto Rico after all three were hit with separate devastating hurricanes.

Carson indicated it could take up to 100 years to rebuild Puerto Rico. But it looks like it could take even longer, because the two-person utility company which was awarded a controversial $300 million contract seems to be busy picking fights with the mayor of Puerto Rico's capital.