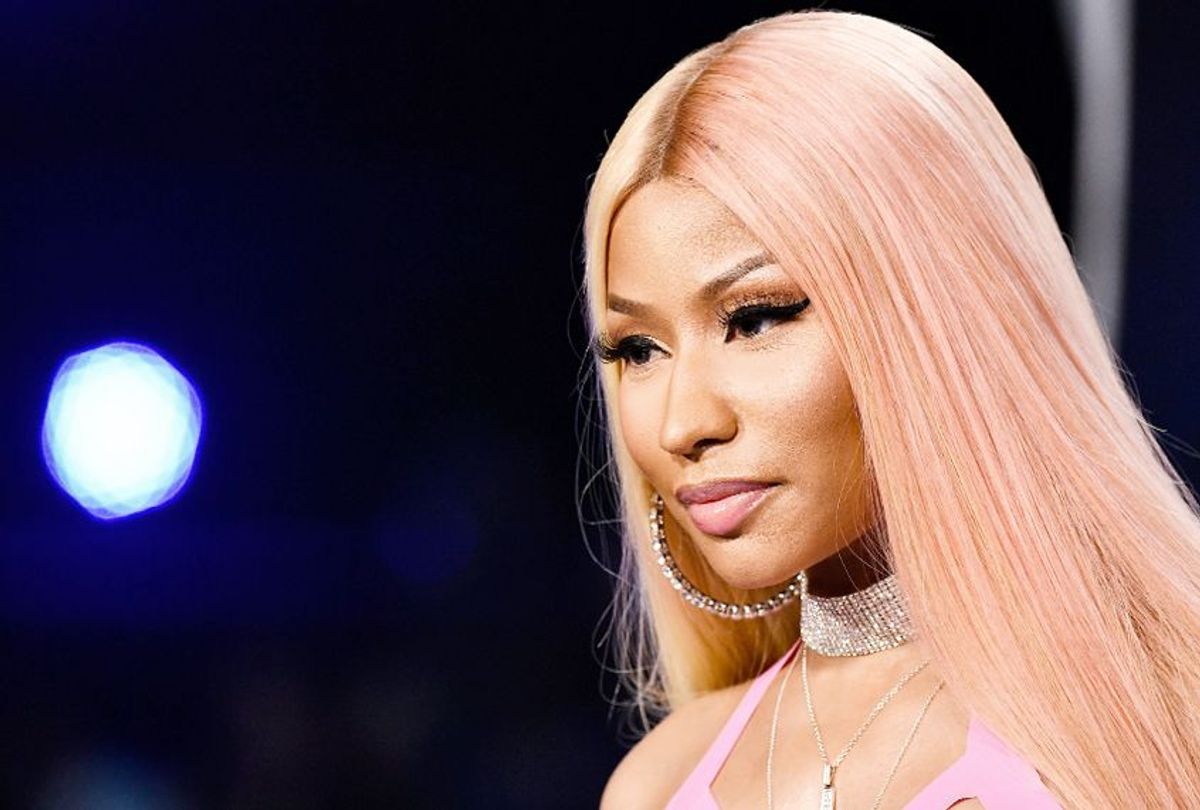 Over the last decade plus, Nicki Minaj has one of the most successful and well regarded rappers of her day, male or female. There's no second guessing her lyrics, her flow and the sheer amount of hustle and sweat she's used to gain that spot.

However, her rise to the top, as she put it, was perhaps harder than those of some of her peers. Why did it take the talented writer and performer a little longer to get there? Why did she have put out a little more effort? According to Minaj, it was sexism.

Two of those tweets were retweeted by Minaj from her account, though they fit perfectly into the message she was trying to send.

As sharp as this was, it's far from the first time Minaj spoke out about the industry's double standards.

"When I am assertive, I'm a bitch. When a man is assertive, he's a boss. He bossed up," Minaj told MTV in 2010. "No negative connotation behind 'bossed up.' But lots of negative connotation behind being a bitch. Donald Trump can say, 'You're fired.' Let Martha Stewart run her company the same way and be the same way. [People will say] 'F---ing old evil bitch!' But Donald Trump, he gets to hang out with young bitches and have 50 different wives and just be cool. 'Oh, Donald, we love you, Donald Trump!'"

She echoed these thoughts again in a 2015 interview with Time Magazine.

"You never know how much is too much — too much emotion, too much vulnerability, too much power," Minaj told Time Magazine. "Everyone wants me to be something different. Women in the industry are judged more. If you speak up for yourself, you're a bitch. If you party too much, you're a whore. Men don't get called these things."

She had a related feminist observation during a 2015 interview with Vogue Magazine.

"There are sexual things that I do that aren’t for a man. I feel empowered sometimes by being sexy and being comfortable enough to be sexy on camera—a lot of woman struggle with that," Minaj told Vogue. "But there are some days that I don’t want anyone to see me. I’m just a regular girl. Some days I’m super strong; some days I’m super insecure. But I don’t really identify with any particular label. I just speak my truth and if people like it, they like it, and if they bash it, they bash it."