Texans owner Bob McNair on NFL protests: "We can't have the inmates running the prison"

The Houston owner articulated the mindset of many NFL executives: players are property 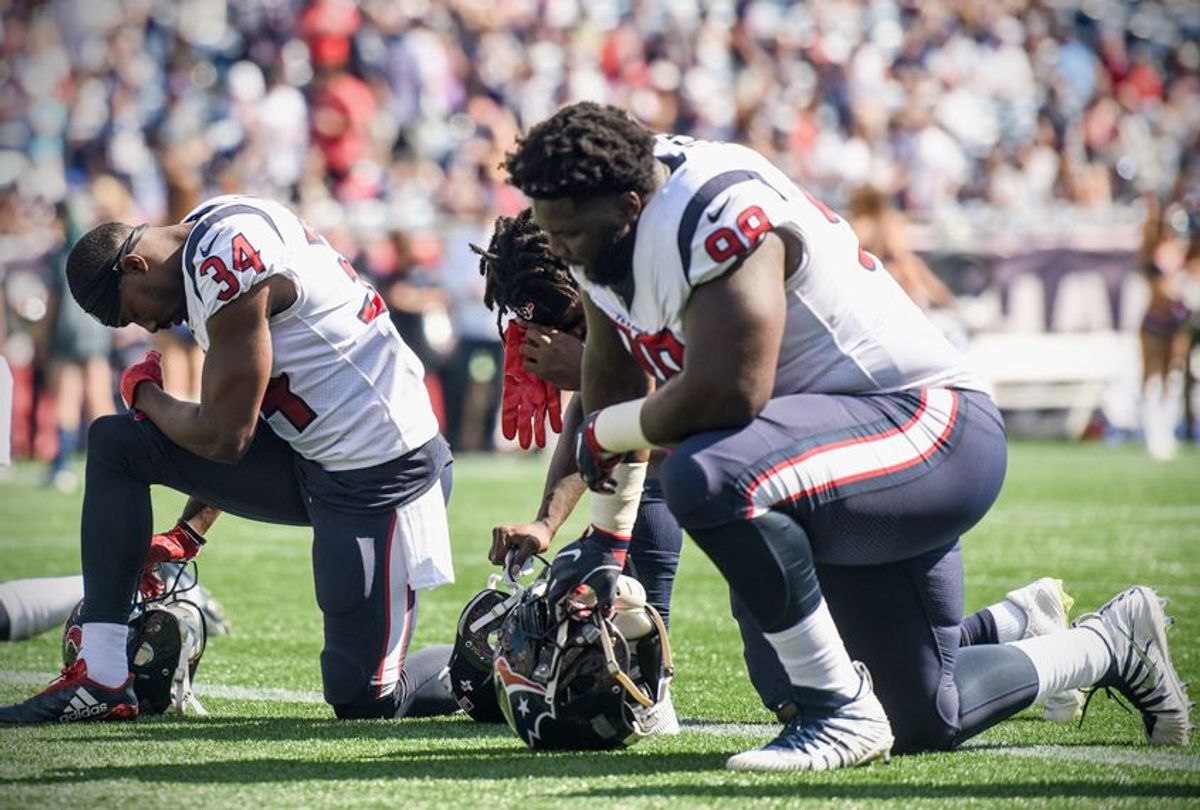 The meetings between NFL top brass and players to discuss the anthem protests and the disputes surrounding it are still ongoing. During yesterday's conference between NFL Commissioner Roger Goodell, team executives and the leagues rank and file, Houston Texans owner Bob McNair said that it came to NFL players kneeling, "We can't have the inmates running the prison."

According to ESPN, who documented the meeting, the room was stunned. The remark came after Cowboys owner Jerry Jones expressed frustration at the business impact looming because of the protests — the risks of viewer boycotts, anger by sponsors and fan reaction. In general, he felt that the league was threatened by "a polarizing issue it couldn't contain or control," ESPN wrote. Jones has been one of the only owners to publicly promote a hard-line when it comes to players who kneel, and he wondered why other owners felt such a warning wasn't urgent at this point.

Former NFL player and current NFL executive Troy Vincent was reportedly offended by McNair's comment. "Vincent said that in all his years of playing in the NFL — during which, he said, he had been called every name in the book, including the N-word — he never felt like an 'inmate,'" ESPN reported. McNair later apologized to Vincent saying his word choice wasn't meant to be literal.

ESPN said Jones wished the owners would have just forced Colin Kaepernick to stand a year ago, which would have, in his mind, this would have averted the whole controversy. Other NFL executives offered a more nuanced perspective on the movement Kaepernick started, however. As NFL spokesman Joe Lockhart said the former NFL quarterback will likely be invited by the league to discuss social justice issues and actions.

"My understanding is that Colin Kaepernick has been invited to the last two meetings," Lockhart said, according to the Associated Press. "He has been in discussion with the players' coalition. I expect that he will be invited to this meeting and we look forward to him joining the conversation."

Although, there have been several reports from players saying Kaepernick was already invited to join the meetings, it's a point his lawyer contested last week. While he said some players wanted him present, no team executives or NFL officials had extended an invite, though he stated that Kaepernick "is open to future participation on these important discussions."

However, with NFL owners using language such as that of McNair and Jones — asserting ownership over black players protesting for their agency — it's unclear if Kaepernick would even agree to join such discussions at this point.

NFL owners can questioning black players' need to protest and then literally framing as property or prisoners within the course of a single conversation underlines a dynamic that has long thrived in the NFL: the majority of the players are black, while the coaches, owners and other leaders are predominantly white. McNair's comparison of NFL players to incarcerated inmates illuminates just how ingrained that divide is.

McNair released an apology statement today. "I regret that I used that expression," McNair said. "I never meant to offend anyone and I was not referring to our players. I used a figure of speech that was never intended to be taken literally. I would never characterize our players or our league that way and I apologize to anyone who was offended by it."

While such group meetings were meant to "resolve" the NFL protests against racial oppression, McNair just gave the players another reason to keep kneeling.