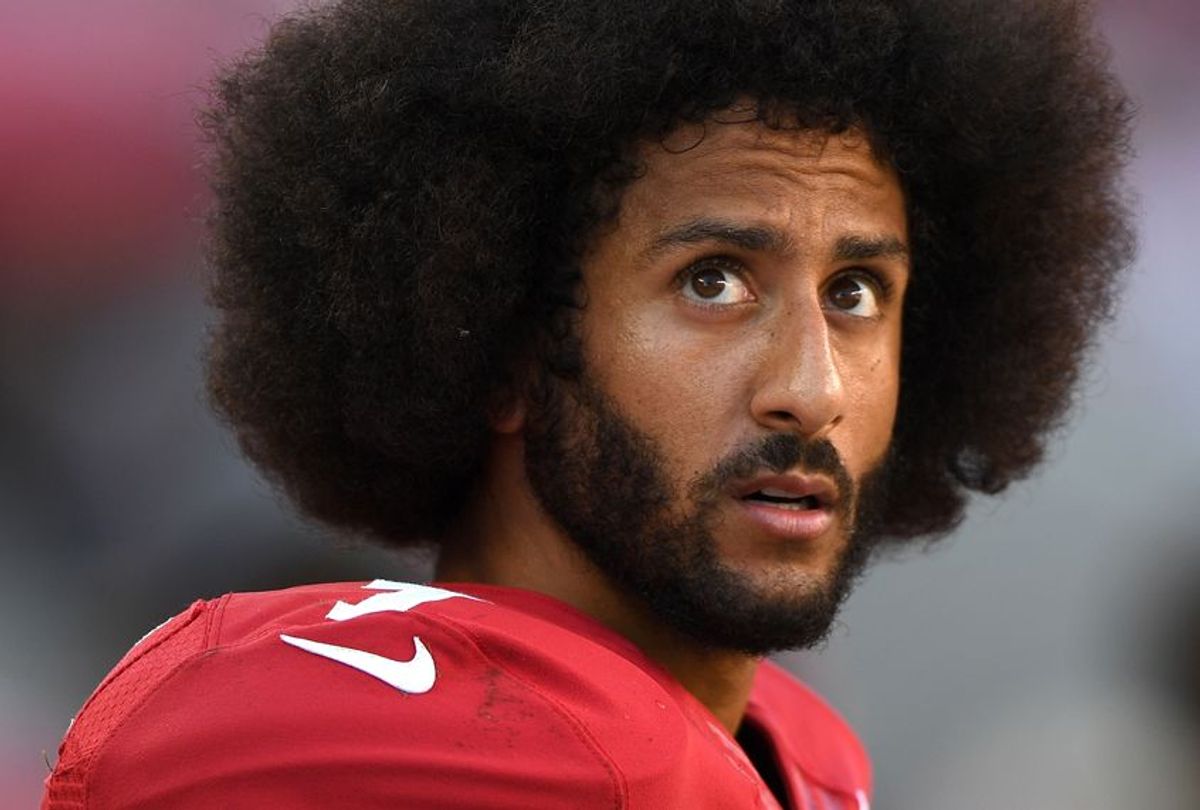 The story of Colin Kaepernick's protests and conflict with the NFL is still unfolding, but he has reportedly signed a one million dollar book deal with Random House imprint One World. This is the company that has published works by other critical voices including Ta-Nehisi Coates and Zadie Smith. New York Post's Page Six first reported the news.

The book deal comes just a day after Page Six reported that the former San Francisco 49ers quarterback, who began the anthem protests in the NFL in 2016 by first taking a knee against racism and police brutality, was shopping a book deal around and meeting with potential publishers.

It is a significant moment as the protests Kaepernick jumpstarted have not just continued in the NFL, but swelled. Players on various teams and in various positions have taken up the demonstration and by doing so, taken on President Donald Trump as well.

While Trump continues to berate the black NFL players for their protests on Twitter, the NFL seems to be recognizing the power the players wield. NFL Commissioner Roger Goodell originally backed up the hardline Cowboys owner Jerry Jones drew when he demanded players to stand, but has since backtracked and promoted his inclination to work with players rather than silence them.

Meanwhile, Kaepernick has been relatively silent amid the back and forth. Outside of his pledge to donate one million dollars to underserved and marginalized communities, his most notable public statement as of late comes through the filing of a grievance against the NFL. In the suit, Kaepernick claims teams colluded to keep him out of the league because of his high-profile protests. After he became a free agent in May, he's been passed up by the Packers, Cardinals and Dolphins in favor of inarguably inferior quarterbacks.

Ideally, the book would provide Kaepernick an opportunity to reframe the protests back toward their original meaning. Recently, NFL owners have attempted to co-opt and exploit the demonstrations under the banner of "unity." Trump and conservative followers, for their part, have labeled the protests as an attack on the flag, despite Kaepernick and every other player explicitly stating otherwise.

At this point, Kaepernick remains unemployed, albeit still donating his time and money to communities and causes he cares about. While $1 million may seem like a high number for a book deal, if Kaepernick had a quarterback post (typically the highest paid athletes in the league), he'd be making anywhere from $1 to $20 million a year.

Also remember that Amy Schumer reportedly received $10 million for her book deal. In the big scheme of things, $1 million is not a huge payout for Kaepernick, no matter how conservatives attempt to frame it.

In a turn of events, a senior NFL reporter for Yahoo reported that Kaepernick was invited by NFL players to attend the next meeting with owners, and that he plans to join them.

Colin Kaepernick was invited by #NFL players to attend next meeting w/ owners and will attend. Players are happy to have him join, I’m told.

Players have been meeting with team owners and Goodell to discuss the ongoing protests. While some outlets reported that Kaepernick turned down NFL meeting invitations, his lawyer, Mark Geragos released a statement confirming that players had asked him to attend, but no NFL official or owner had done so. Geragos stated that Kaepernick "is open to future participation on these important discussions."

Statement from lawyer Mark Geragos, on Colin Kaepernick and today’s meeting. Sounds like he may participate soon pic.twitter.com/8vImrmQWkn

What is clear is that the NFL protests that Kaepernick began are not going away, nor are the boundless debates on the matter. It only makes sense that Kaepernick be given the platform to document his experiences and journey in his own words. After all, he's made history.