ESPN has a talent problem, so it outsourced its content to a dude-bro website not fit for mainstream media 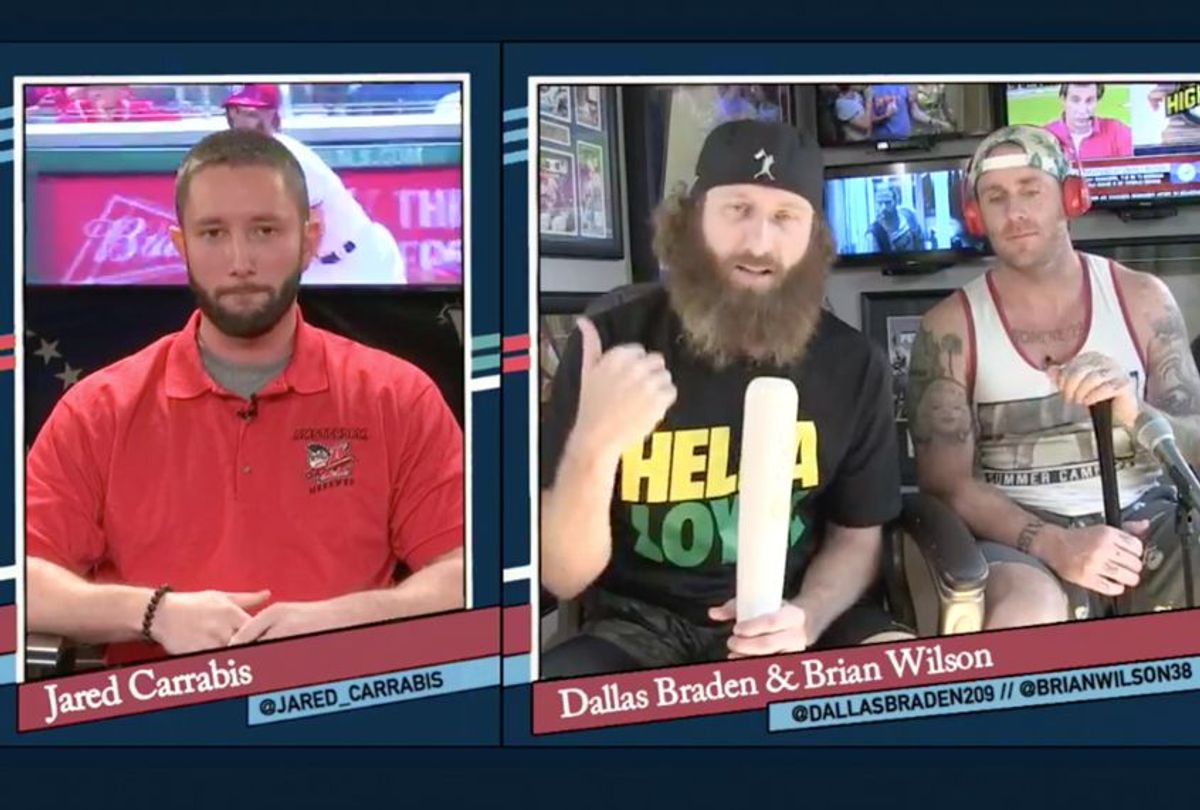 If someone asked ESPN President John Skipper what could be worse than cancelling a show one week after its debut, he'd probably be hard-pressed to find an answer. But ESPN's divorce this week from the very-short-lived late-night show, "Barstool Van Talk," may not even be the worst news coming out of Bristol, Connecticut this week. Sporting News reported late Thursday that ESPN staff was bracing for another round of layoffs, six months after an unprecedented purge of 100-or-so employees, many of whom were on-air talent.

This was just the latest setback for a network struggling in the new media landscape. Combating cord-cutters and costly programming rights to air NFL and NBA games, ESPN has seen lower profits in recent years, which motivated the media behemoth to make some drastic changes, including massive turnover in the personnel department. From Jayson Stark and Ed Werder to Dana O'Neil and Andy Katz, ESPN has shed some of its most prominent journalists and front-facing talent to accommodate the ever-shifting sports broadcasting industry.

“Dynamic change demands an increased focus on versatility and value, and as a result, we have been engaged in the challenging process of determining the talent — anchors, analysts, reporters, writers and those who handle play-by-play — necessary to meet those demands,” Skipper said in a statement after the layoffs in April.

It was this transition that likely led to ESPN's unlikely partnership with Barstool Sports.

This sentence alone should have sounded the alarms in Skipper's head. ESPN, one of the most formidable media empires in the world, would now rely on personalities named Big Cat and PFT Commenter to anchor its late-night slate.

That's not to disparage Barstool's well-respected “Pardon My Take” podcast. Katz and PFT Commenter know how to entertain their target audience, and the podcast obviously provided Barstool Sports enough cachet to attract ESPN to its brand. Nevertheless, this partnership was doomed at the outset, so it should be of no surprise that ESPN decided to cancel "Barstool Van Talk" after one episode.

When ESPN announced its new show earlier this month, it did not go well internally. Many ESPN employees complained of the partnership, most vocally network host Sam Ponder, who has been the subject of scorn and ridicule on Barstool's platforms.

Welcome to the ESPN family @BarstoolBigCat (& welcome to all ur minions who will respond to this so kindly) pic.twitter.com/AzgfdDx2FK

“Effective immediately, I am canceling Barstool Van Talk,” Skipper said in a statement. “While we had approval on the content of the show, I erred in assuming we could distance our efforts from the Barstool site and its content.”

Beyond the "Pardon My Take" podcast, Barstool's content is a jumbled mix of college humor, female objectification and sports talk. The website, for example, curates an Instagram account called Barstool Smokeshows, a collage of white girls rocking bikinis and sports jerseys.

Although ESPN desperately wants to court the highly-desirable 18-34 demographic, it's hard to imagine this kind of baggage was worth it, especially given the timing of the partnership. With Hollywood and cable news facing a flurry of sexual assault and harassment allegations, ESPN decided to wed the most crude brand in the sports world.

To make matters worse for ESPN, a young yet well-financed startup called The Athletic has just poached another respected sports journalist from traditional media. Former Associated Press reporter Jon Krawczynski announced this week that he would be joining The Athletic, a new sports website whose sole business plan is to pillage talent from newspapers and then charge a subscription fee to its readers.

“We will wait every local paper out and let them continuously bleed until we are the last ones standing,” Alex Mather, a co-founder of The Athletic, told The New York Times in an interview that came out this week. “We will suck them dry of their best talent at every moment. We will make business extremely difficult for them.”

It is this attitude that has alluded ESPN and its parent company, Disney. An investment in talent should be the No. 1 priority for a media company, not outsourcing content making to a tainted brand.