Who will win future elections? 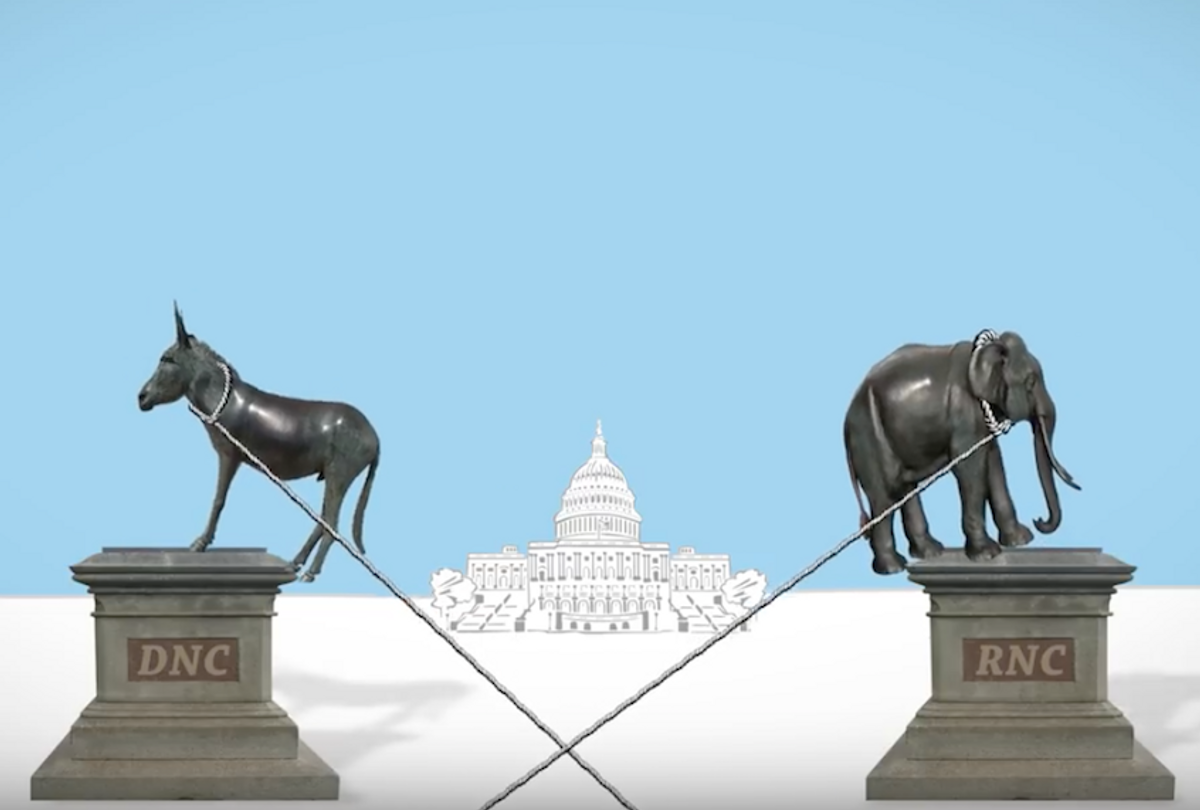 The old Democratic and Republican parties are exploding. When you take a closer look, America actually has six political parties right now:

1. Establishment Republicans, consisting of large corporations, Wall Street, and major GOP funders. Their goal is to have their taxes cut.

2. Anti-establishment Republicans, consisting of Tea Partiers, the Freedom Caucus, and libertarians. Their goal is to have a smaller government with shrinking deficits and debts. Many of them also want to get Big Money out of politics and end crony capitalism.

3. Social conservative Republicans — evangelicals and rural Southern whites. They want America to return to what they call “Christian” values.

4. Establishment Democrats — corporate and Wall Street executives and upper middle-class professionals. They’d also like a tax cut, but they believe in equal rights.

5. Anti-establishment Democrats — younger, grassroots movement types, and progressives who still call themselves Democrats. Their biggest issues are widening inequality, racism, sexism, and climate change. They also want to get Big Money out of politics and they reject crony capitalism.

Whoever can put together elements of a governing coalition among these six parties will win future elections.

One possibility is a coalition of anti-establishment Democrats who want to get big money out of politics and who reject crony capitalism, and anti-establishement Republicans who want the same.