The reason why these octopuses grounded themselves are mysterious, but it doesn't look good 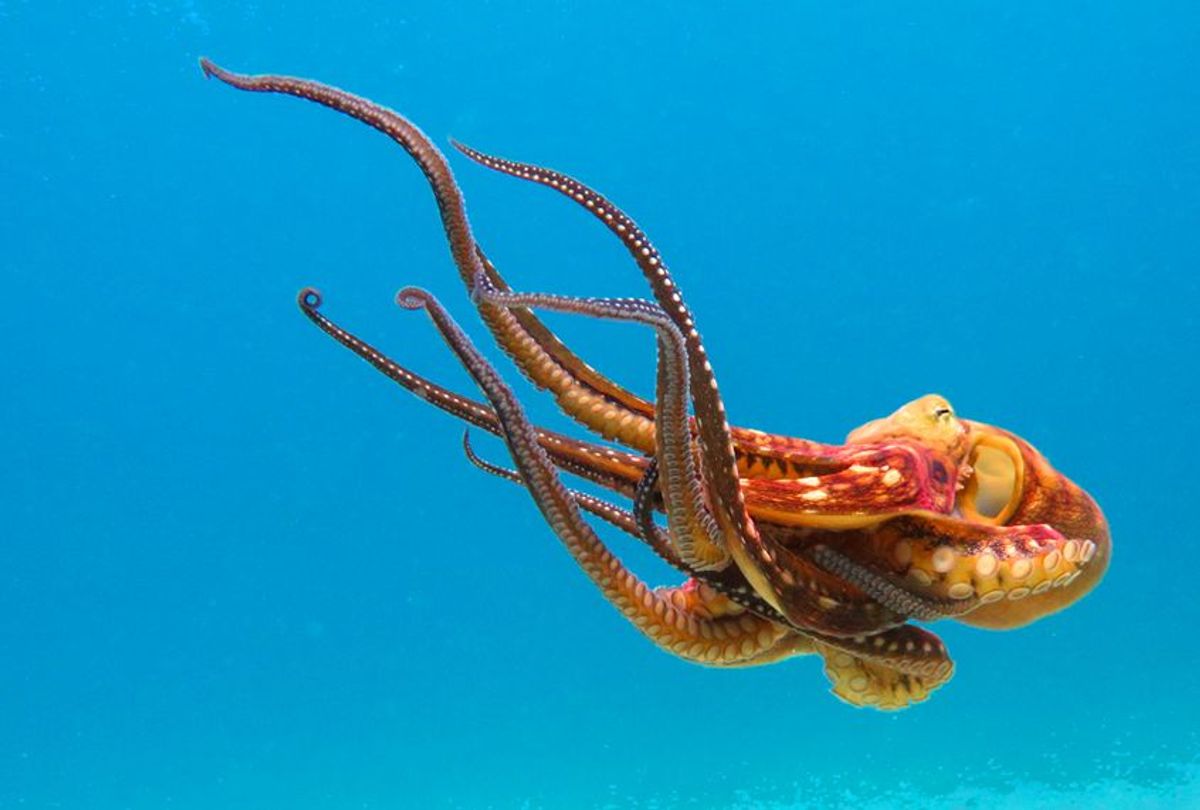 In what can best be described as an Octopocalypse, dozens of helpless octopuses have been swarming the beaches of Wales for mysterious reasons.

The octopuses' plight was first brought to world attention by Brett Jones, the head of the SeaMôr dolphin-watching company in Wales, according to Newsweek. He first noticed roughly 25 octopuses climbing on the Welsh beach on Friday and claims he has seen several more do so on subsequent days. Jones told Newsweek that while he has witnessed this type of behavior before, "to see that many coming out of the water is unusual."

Jones further commented to the BBC that it was like "an End of Days scenario. There were probably about 20 or 25 on the beach. I have never seen them out of the water like that."

It is unclear why the octopuses are doing this, although experts seem to agree that the behavior itself is uncharacteristic. James Wright, the curator at the National Marine Aquarium in Plymouth, told the Telegraph that the number of stranded octopuses in Wales was "quite odd . . . and suggests there is something wrong with them."

He added, "As the areas where they are exhibiting this odd behavior coincides with the two areas hit by the two recent low pressure depressions and associated storms of Ophelia and Brian, it could be supposed that these have affected them. It could simply be injuries sustained by the rough weather itself or there could be a sensitivity to a change in atmospheric pressure."

While beached whales tend to capture the public imagination more than octopuses, the cephalopods are actually quite intelligent. Octopuses have been observed engaged in complex problem solving, constructing methods of playing and recalling learned information when it benefits their interests. Despite being solitary creatures (intelligence is often associated with socialization), they have large brains relative to their total biomass, including complex neurological systems that help them manipulate their eight tentacles. They are notoriously difficult to keep in aquariums precisely because of their penchant for breaking out of their tanks and disassembling various items that scientists place within their tanks.

"Octopuses are pretty good at sophisticated kinds of learning, but how good it’s hard to say, in part because they’re so hard to experiment on," philosophy professor Peter Godfrey-Smith told The Guardian. "You get a small amount of animals in the lab and some of them refuse to do anything you want them to do – they’re just too unruly."

Here is to hoping that our slimy little tentacled buddies manage to survive whatever it is that happens to be ailing them.