Mueller delivers — it's exciting! But Trump can still save himself

#MuellerMonday was deeply gratifying for Trump-haters, but the president still has the power to evade justice 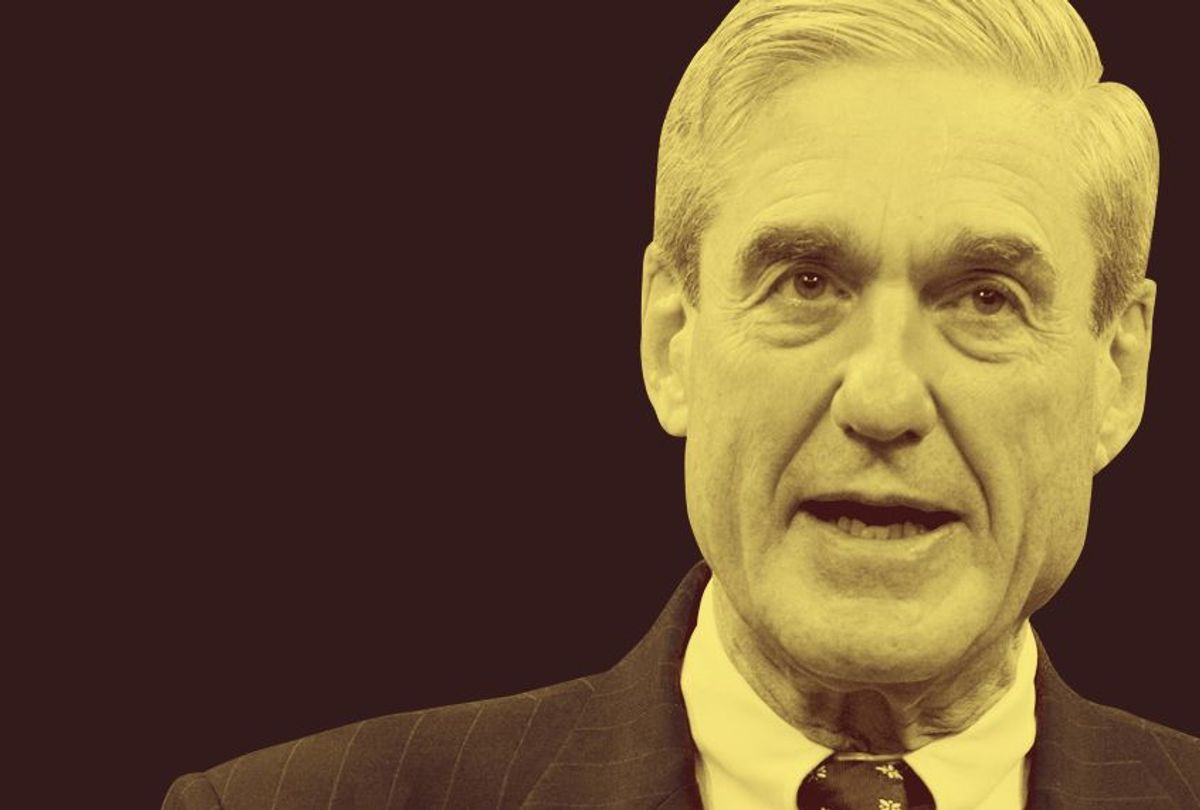 After a weekend of anticipation, Robert Mueller delivered and delivered big on #MuellerMonday: Extensive charges were brought against both Donald Trump's former campaign manager, Paul Manafort, and Rick Gates, who worked with the campaign right through Trump's inauguration. Shortly thereafter, in what is likely bigger news, a Trump campaign adviser named George Papadopoulos pled guilty to lying to the FBI, in which he indicated knowledge of the Russians stealing emails. In his plea, Papadopoulos indicated that he spoke directly with Trump about his work with the Russian government, though we don't know whether they discussed anything illegal, like the stolen emails.

Still, this was all big news, and the way Mueller rolled it out suggests that he's thinking three steps ahead of Trump's legal team. When news of the indictments leaked initially, Trump's lawyer, Ty Cobb, ran to The New York Times to express confidence that his client was safe, in an interview that made clear that Cobb thought either Manafort or Michael Flynn, Trump's former national security adviser, would be indicted. It seems likely, then, that Team Trump was caught by surprise on the Papadopoulos plea.

Yes, it's all very exciting, and I myself feel a little starry-eyed in admiration for Mueller and his diligence. The man clearly knows what he's doing.

Not to be a fun-killer, but there are also a number of reasons that folks should temper their expectations. The path to getting Trump out of office is still long, foggy and full of obstacles, which are serious enough that even Mueller, in all his dazzling competence, may not be able to overcome.

1) Trump can still fire Mueller. That's the biggest cloud hanging over all this, and unfortunately the Papadopoulos case only makes it likelier that Trump will resort to this desperate and confrontational measure at some point. Papadopoulos' plea offers still more intriguing evidence -- to be added to the pile -- that Russian agents were colluding with the Trump campaign over the stolen emails, and that knowledge of this went all the way to the top. If Trump is guilty, then he has every reason now to believe he will be exposed — and to decide that firing Mueller is his only way out.

With the help of Fox News, Trump has already created the pretext to fire Mueller:

This points toward the likely endgame in Trump, Fox News and assorted Republicans constantly invoking ridiculous conspiracy theories about Hillary Clinton. It's so that if and when Trump fires Mueller, he can pretend it's because Mueller somehow failed to "lock her up," even though that was never Mueller's mandate — he's in place to discover what Trump's people were up to during the campaign, not to reopen a discredited case against Clinton.

2) Trump can still pardon everyone involved, potentially including himself. The pardon of former Arizona Sheriff Joe Arpaio demonstrated that Trump doesn't care about things like propriety or justice. More important, it was a test of congressional Republicans: Could the president flagrantly violate the spirit of the law and spit on the concept of the rule of law without consequence? Of course!

Papadopoulos appears to be a cooperating witness, and that's a stunning development when you consider that anyone who protects Trump has a good reason to believe they'll be rewarded with a pardon. (It's worth noting that being a toady for Vladimir Putin and then turning around and defying him is not recommended for anyone's health.) Mueller worked a minor miracle here, and we should all hope that when the dust is settled, we learn his secrets.

Still, Mueller's apparent strategy of picking off the little guys in hopes they flip on the big boss is both the best hope we have and a reason to be terrified. Trump, being a disloyal weasel, may seem like a guy who will end up seeing people around him flipping left and right. But the promise of a presidential pardon, coupled with a not-unreasonable fear of Putin's wrath, will be two incentives that anyone Mueller snags will have on their minds.

3) Republicans won't do anything about Trump, certainly not soon and probably not ever. There's more than enough information on the public record to impeach Trump right now. Republicans already know that Donald Trump Jr. had a meeting with Russian agents who seemed to be asking him to promise the rollback of sanctions passed against Russians involved in a conspiracy to murder a whistleblower, in exchange for illegally acquired information. They know that Trump himself confessed to obstruction of justice when he told Lester Holt that he fired FBI Director James Comey in an effort to shut down the Russia investigation. Oh yeah, and he seemingly confessed again to Russian officials when he told them that firing Comey had "taken off" the "great pressure" he was facing. They know that Attorney General Jeff Sessions lied during his confirmation hearings about his own meetings with Russian officials.

In the face of all this information, congressional Republicans have decided to spend their time "investigating" ridiculous conspiracy theories about Hillary Clinton that have already been debunked.  There could be a tape out there of Trump saying, "I will commit treason for you, Putin, just say the word," and Republicans would still be chattering about Clinton non-stories instead. They won't hold him responsible if he fires Mueller or if he just pardons everyone Mueller indicts.

Indeed, Paul Ryan has already signaled his intent to do nothing:

However -- and this is critical -- the fact that enough is known already to impeach Trump means that should the Democrats regain power, they could start the process right away. Republicans have shown that they simply do not care how corrupt Trump is, or even whether that corruption carries the tint of treason. That's the ultimate takeaway from all this: The way to get rid of America's Trump problem is the ballot box, not the courthouse. As exciting as #MuellerMonday is, we can't let it distract us from Election Day Tuesdays.