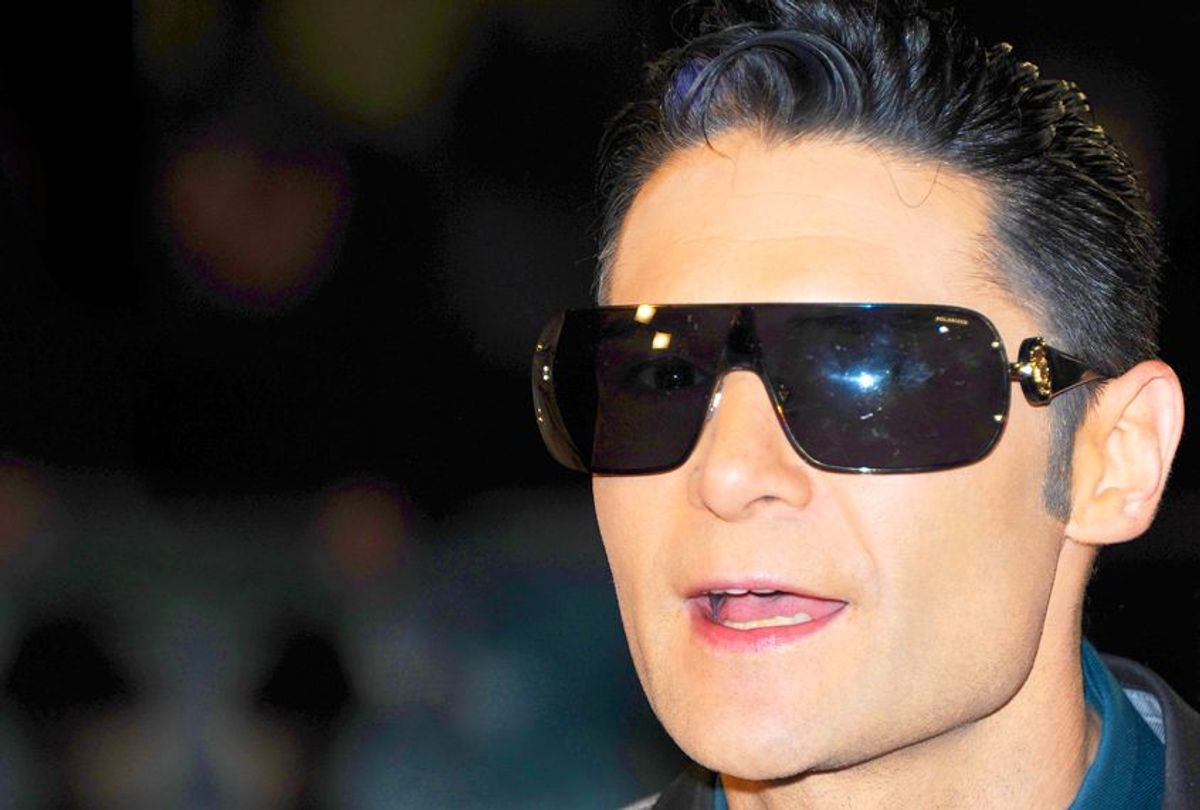 Corey Feldman, a popular teen star of the 1980s who appeared in such films as "Stand by Me" and "The Lost Boys," acted today on a promise he’d made last year to name the abuser who he claims preyed on him when he was a child.

“I would love to name names,” Feldman told the Hollywood Reporter in a 2016 interview. At the time, Feldman claimed that predatory men in the film industry had been “grooming” teenage or preteen actors — including himself — at lavish Hollywood parties. He also alleged that his frequent acting partner and friend, Corey Haim, had been raped at age 11 — a claim that Haim’s mother, Judy Haim, has previously denied.

“We're not talking about huge executives and directors that I am aware of that were involved in this,” Feldman, now 46, said in 2016. “The people that I knew doing it were publicists, they were photographers for teen magazines, things like that.”

In an appearance today on the nationally-syndicated talk show “Dr. Oz,” Feldman openly named one man who he alleges molested him: actor John Grissom. "I believe that I can also bring down, potentially, a pedophile ring that I've been aware of since I was a child," Feldman told Dr. Oz. Then, live on air, Feldman proceeded to call the Los Angeles Police Department and report Grissom.

A Hollywood Reporter story revealed that Grissom had previous related charges on his record, including a “a 2001 arrest for child molestation charges.” Despite Grissom having been found guilty in 2003, the Reporter noted that he had not registered as a sex offender with the state of California, in violation of state law. Dr. Oz's legal counsel elaborated on the legal details in a Facebook segment.

Grissom is not a well-known actor, and only has only two credits on his IMDb page: “License to Drive” (1988) and 1989’s “Dream a Little Dream.” Both films also starred Feldman and Haim. At the time those films were made, both Feldman and Haim would have been between 16 and 18.

Recently, Feldman has been an outspoken advocate for victims of child sexual abuse like himself. In a video monologue posted on Dr. Oz's website, Feldman said that he wanted to "find out exactly who these people are, where they're located, and hopefully bring them to justice and bring them into light." Feldman then said he was trying to raise money to fund a feature film so that he could "tell the story in great detail." "It's important for people to actually grasp and understand the feelings and emotions of what I went through as a child and what it's like to face these kinds of fears, and to have the kind of pressure of alienation and degradation I've had to face," Feldman added.

Feldman has suggested he will reveal more names of abusers after receiving financing for a self-produced film on the subject. In October 2017, Feldman initiated a crowdfunding campaign called "Corey Feldman's TRUTH campaign." In the Youtube video accompanying the crowdfunding campaign, Feldman said, "right off the bat, I can name six names, one of whom is still very powerful today." Feldman added that he hoped to "break the dam of silence" by producing a film that would be "the most honest and true depiction of child abuse ever portrayed, by telling my own story." "Everybody wants the answer. Who did this? Who's responsible," Feldman said in the video. He added that he hoped his film would "let the truth be told" and "let justice be served."