Hillary Clinton: There was some "rank sexism" during election

Clinton explains why she won't just "go away" 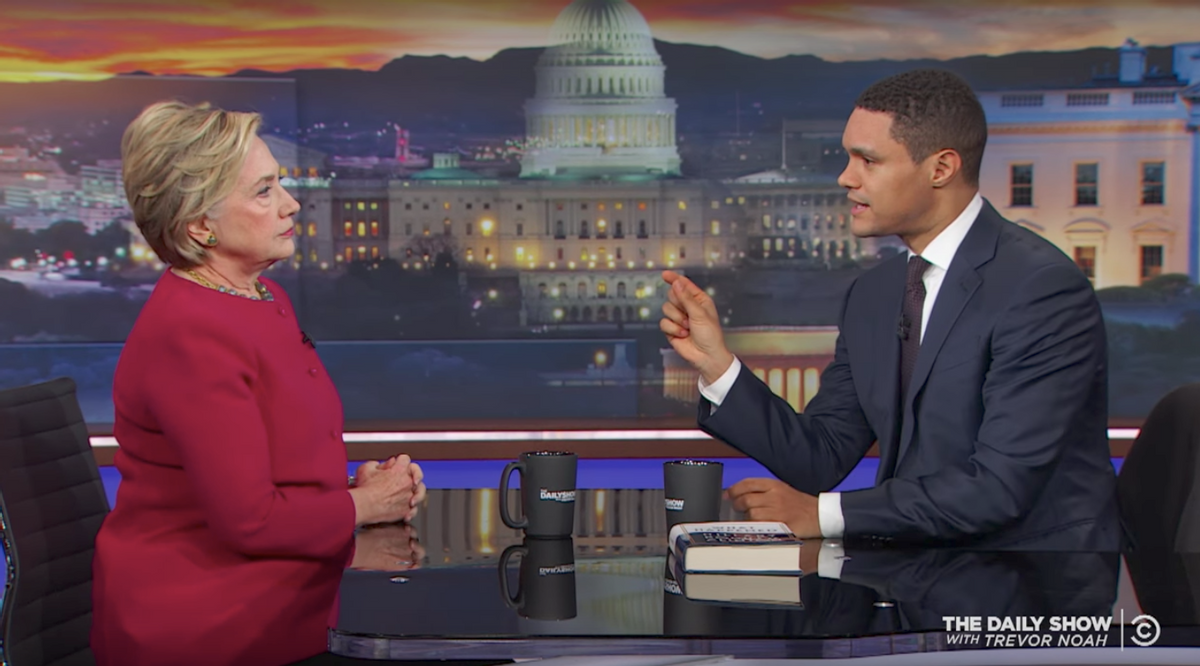 Hillary Clinton's appearance on "The Daily Show with Trevor Noah" allowed her an opportunity to discuss Russian meddling in America's political process and the widespread hatred of her, two of the most important themes surrounding her book, "What Happened?"

"I think it's one of the most serious threats we face. I think it's an ongoing threat," Clinton said of Russian interference. "It didn't start and stop in 2016. In fact, we know it's continuing. We've seen evidence that Russian trolls and bots and agents are still fomenting discord and conflict within our country."

Clinton also claimed that if she had been president, she would have called for an independent commission to investigate Russia's involvement in the American political process — regardless of who that commission might have found was politically benefiting by Russian meddling.

"We've never had an adversary that attacked us with so few consequences," Clinton concluded, a fact that she blamed on Trump's "ambivalent" response to Russia.

When Noah asked Clinton about the role her campaign and the Democratic Party played in researching the rumored dossier about Trump and whether that was comparable to the Trump campaign's alleged collusion with Russia, she insisted that they were not the same thing. She pointed out that the research had been initiated by Trump's opponents in the Republican primaries and that its results hadn't come out before the election.

Near the end of the interview, Noah asked Clinton what she would like to do in response to the people who insist that she should just "go away" after her loss to Trump.

"Write a book explaining what happened and come on your show and other places," Clinton told Noah to thunderous applause.

"Some of it is just rank sexism, let's just be honest about it," Clinton explained to Noah. "I never heard anybody say that to Al Gore or John Kerry or John McCain or Mitt Romney or all the men who lost elections in the last 17, 18 years."

She also attributed some of it to "media guilt," claiming that the press didn't spend enough time covering policies and instead focused excessively on attacking her because they were confident she would win the election.