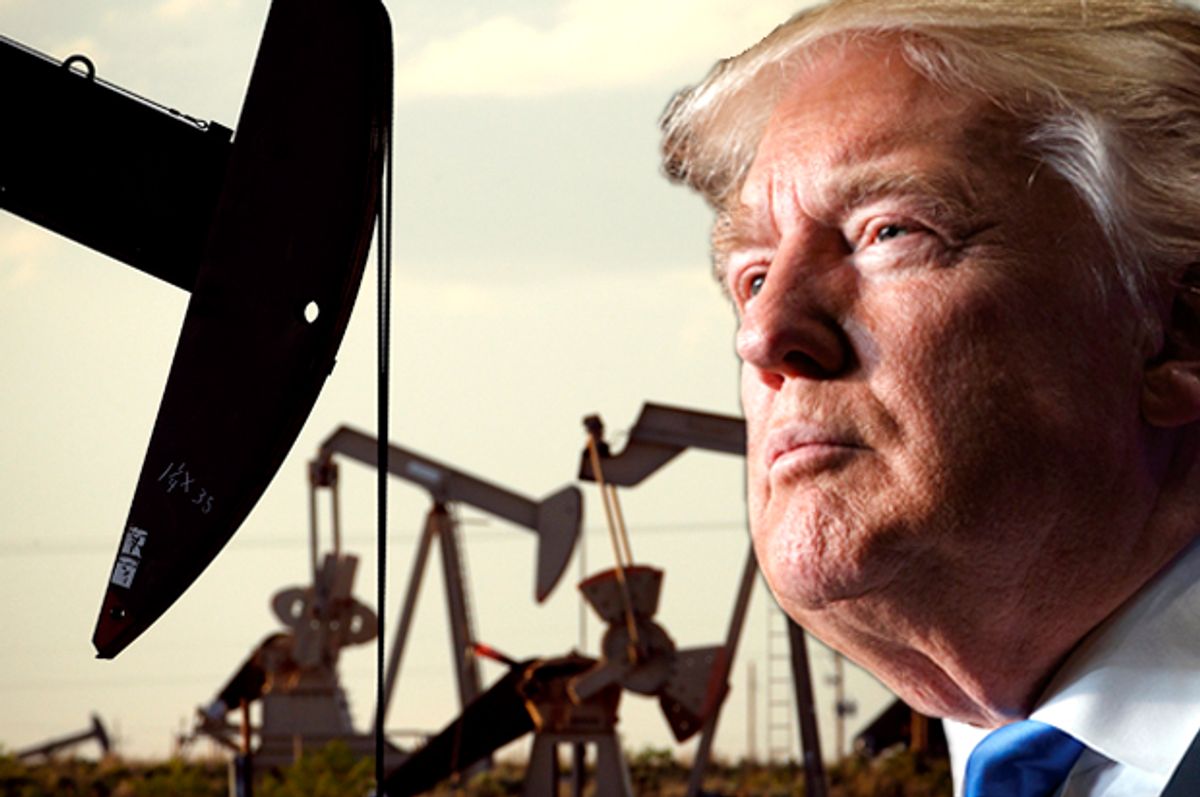 Given that President Donald Trump was willing to nominate a former conservative talk radio host with absolutely no scientific background as the Department of Agriculture's chief scientist, it's unlikely that the administration is going to take any sort of policy action in response to an exhaustive 600-page report issued today by 13 federal agencies and approved by the White House which found that "it's extremely likely that human activities, especially emissions of greenhouse gases, are the dominant cause of the observed warming since the mid-20th century."

Nonetheless, it is notable that the National Climate Assessment's report has received no interference from White House policymakers, according to the Washington Post. One of the people involved with its authorship told the newspaper that the president's political appointees had not attempted to make any changes to the report.

The report, which stays away from political recommendations in favor of focusing only on the science, lays out a number of facts gleaned from over 1,500 studies.

"In addition to warming, many other aspects of global climate are changing, primarily in response to human activities," the report finds. Those include "changes in surface, atmospheric, and oceanic temperatures; melting glaciers; diminishing snow cover; shrinking sea ice; rising sea levels; ocean acidification; and increasing atmospheric water vapor," according to thousands of studies.

Ocean levels have risen by about 3 inches since 1993. This small increase has already impacted several cities in the United States. "More than 25 Atlantic and Gulf Coast cities" have seen increased tidal flooding on a daily basis, according to the study. Heatwaves have also become more frequent in the country since the 1960s. By contrast, cold snaps and cold waves have become less common.

The report's authors conclude that available evidence indicates that global sea levels are expected to rise by somewhere between 1 to 4 feet by 2100. But since “climate models are more likely to underestimate than to overestimate the amount of long-term future change," it is quite possible that oceans could rise by as much as 8 feet over that timespan.

According to Richard Alley, a scientist who studies glaciers at Penn State University, "there's a little rumbling" among his peers that the Trump Administration will not try to formulate any policies to deal with the report's findings. This is a more than likely possibility considering that the White House has not nominated anyone to run its Office of Science and Technology Policy, NPR reported.

But the White House told CNBC that the Trump administration supports "technology, innovation and the development of modern and efficient infrastructure" to reduce climate-related risks.

"The climate has changed and is always changing. As the Climate Science Special Report states, the magnitude of future climate change depends significantly on 'remaining uncertainty in the sensitivity of Earth's climate to [greenhouse gas] emissions,'" said White House principal deputy press secretary Raj Shah, in a statement.