We learned nothing from Katrina 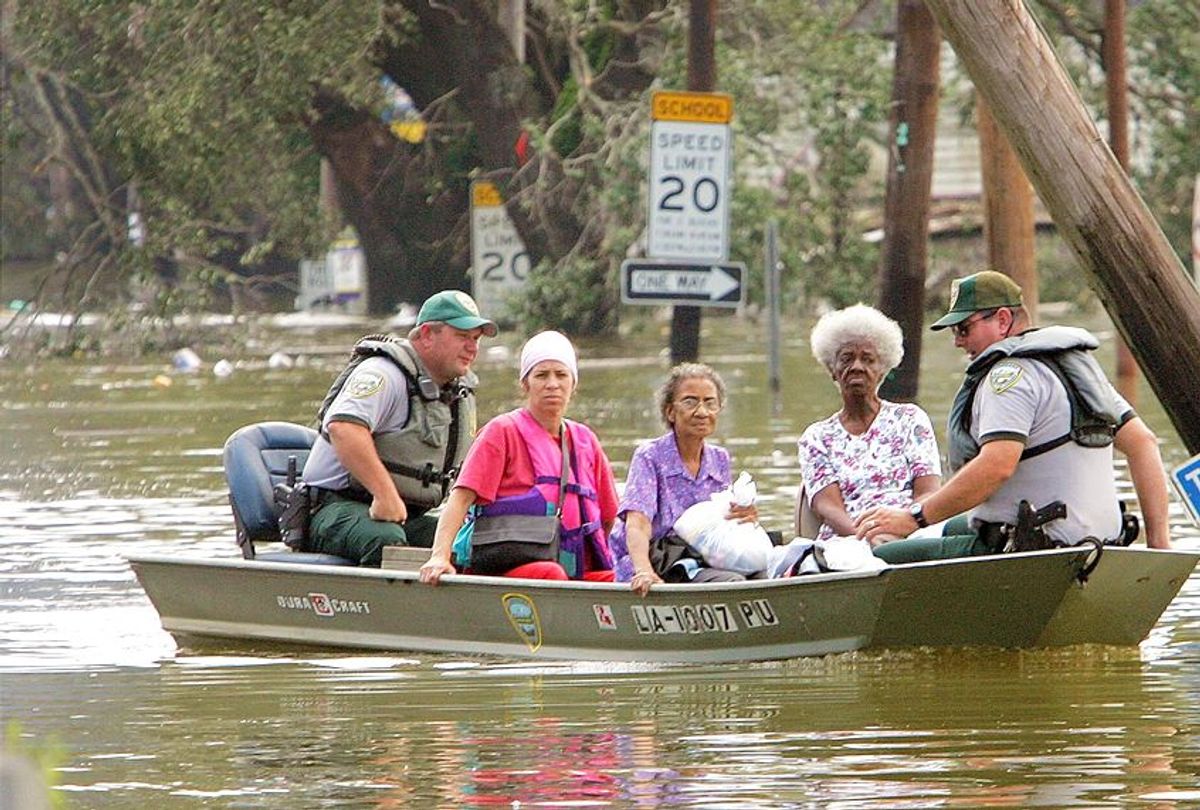 People are being rescued in the Ninth Ward after Hurricane Katrina. (Getty/Mario Tama)
--

It's been more than 12 years since Hurricane Katrina struck the Gulf Coast, killing nearly 2,000 people and destroying billions of dollars worth of land and property. New Orleans-born author C. Morgan Babst evacuated right before the storm hit, and ultimately wound up spending more than a decade in New York City. But her hometown and its stories kept calling her back. She now lives with her husband and daughter in the Big Easy, and has just published a new novel, "The Floating World," about a shattered family in the aftermath of a devastating storm, and the mystery that will unite or divide them.

During a recent conversation for "Salon Talks," Babst spoke about Katrina, Harvey, Irma and Maria, and what we have — and haven't — learned from the past.

"With Hurricane Harvey in Houston, it was very difficult to watch that city fill with water," she said. "It seemed like it was managed slightly better than Katrina was. They're not an island. Puerto Rico is an island, and that was not managed even as well as Katrina, maybe. They're asking for help and help didn't come."

But whether we've lived through a hurricane or not, Babst said, "I think that we all have catastrophes in our lives . . . but we do move on from them. We don't leave them behind us, but can carry them with us into a future and maybe they can teach us something about how to survive better next time."