“The Square”: everything that’s wrong and could be right with modern media

What if art were appreciated for its abstract, esoteric or pleasing value, rather than the conflict it generates? 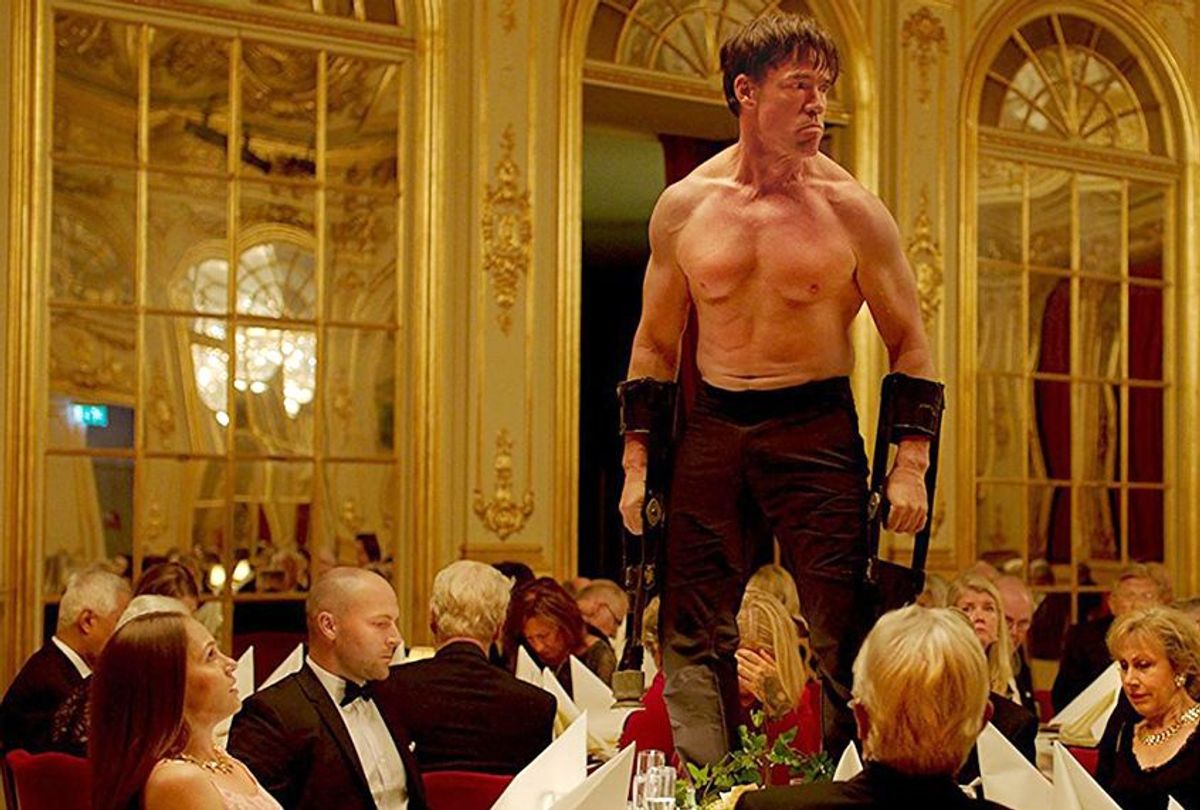 The Square, the conceptual art exhibit at the center of Ruben Östlund’s Palme d’Or-winning film “The Square,” very well may be intended to be a critique of the art world’s promotion of heady-but-hollow non-art, as some critics have contended. The exhibit, after all, is simply a square — four by four meters, its boundaries demarcated by lights embedded in the cobblestone outside of Stockholm’s fictional X-Royal museum — and a corresponding placard that declares, “The Square is a sanctuary of trust and caring.” As art, no, it’s not much. But within — or, at least, with — those four lines comes a smart, multidimensional commentary on this moment in media.

To promote the exhibit, the X-Royal brings in two millennial PR specialists to help craft a publicity campaign. The PR team takes a cynical — though not necessarily misguided — tack. “To get journalists to write about it you need controversy,” one advises.

The PR team goes on to create and release a YouTube advertisement that features a beggar child in The Square being blown to pieces. The ad elicits outrage, and goes viral. A great success? Sort of. The ploy costs Christian (Claes Bang), the museum’s director, his job, and it perhaps costs the museum some credibility. When the museum holds a press conference to issue an apology, journalists far and wide attend and are fierce. But, with all the attention, you also imagine that the museum attracted more visitors that month than it might have otherwise.

Östlund is taking aim at cynical promotion techniques, but also at the sensationalism and thirst for outrage in modern media. The way the media swarms around controversy, locates a villain and stings, sometimes to the benefit of the stung (see: Donald Trump’s campaign), rings true.

The narrative also reflects the criteria by which much of the media (myself often included) currently process, judge and cover culture. Many publications have eschewed straight reviews in favor of takes. In the clicks economy, the framework for coverage often revolves around how something fits into broader hot-button social and political issues (gender, race, class, party politics). Without controversy or an interesting gimmick, there’s no hook on which to cover abstract, esoteric, or even conventionally pleasing entertainment.

What The Square represents is satirized in the film, but it in itself is inherently optimistic. It’s supposed to be a safe space where, for instance, a person could leave a purse or a briefcase and expect it to not be taken. If we can agree as a society that thick white hashes in the road mean that cars must allow walkers to pass, why can’t we agree that a four-by-four square in cobblestone indicates a safe space?

Or, to extend the concept further, could The Square be applied to online publishing? In a world where fake news runs rampant, could misinformation be stopped with a conceptual social contract, a The Square of the internet? The answer is probably not. Too many parties thrive off of conflict. But The Square within “The Square” made me feel some sense of shared, if indirect, culpability. And multiplying that feeling exponentially would be a start.